Women in the Dutch and Norse Armies 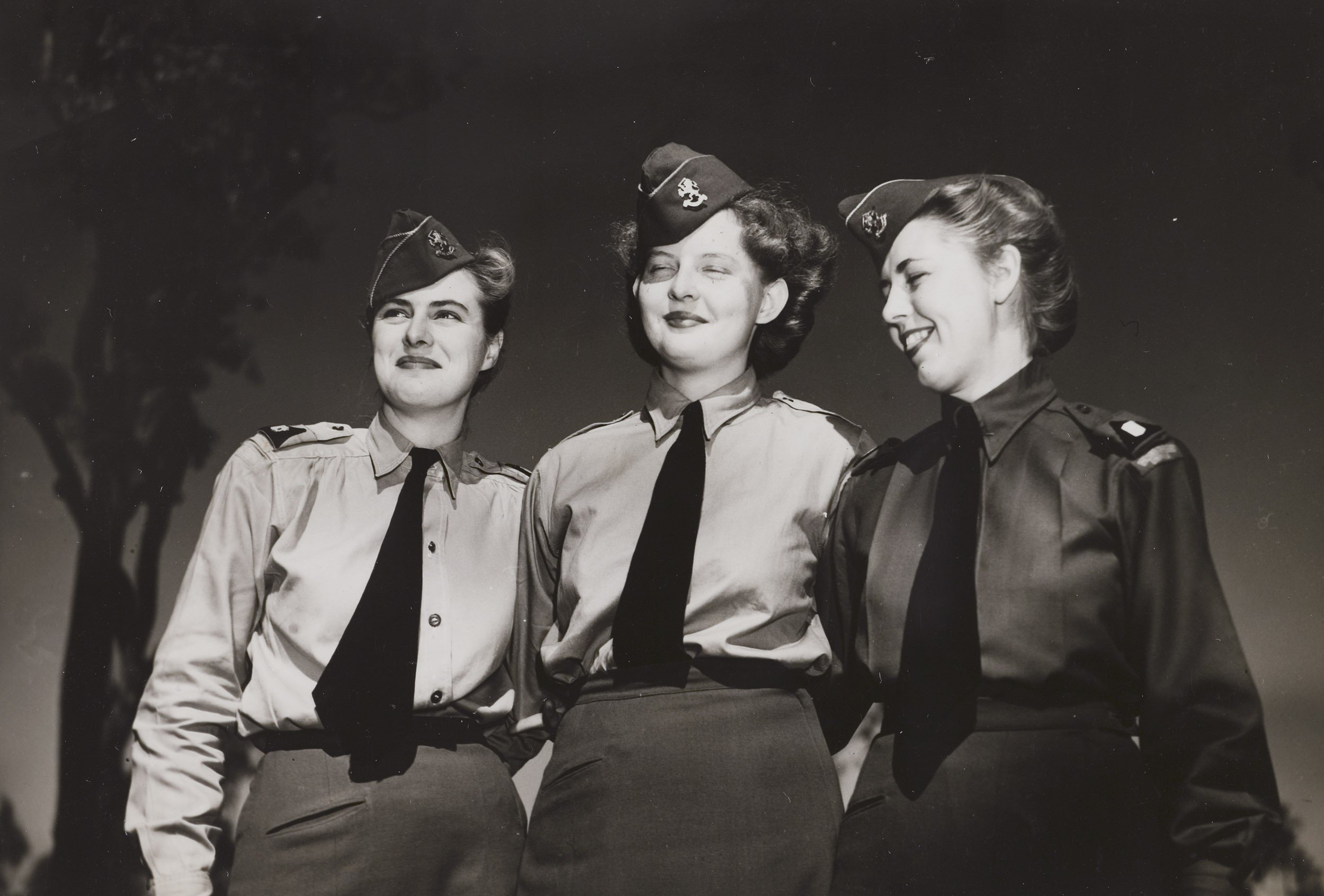 Historically, women have played a relatively small role in armies compared to men, mainly because they were often barred from entering armies in the first place. Even during the Second World War, when many women entered the army because of a shortage of manpower, women mainly performed logistical tasks. The reasons for this are complex and vary per country. The Dutch army is no exception to this. In fact, H. van Slooten, an officer of one of the first Dutch female army units complained that female soldiers were merely treated as ‘dressed up typists.’

The Dutch Ministry of Defence outlined its vision on gender in the Defensie Actieplan 1325 (DAP). In the DAP, the ministry underlined its commitment to international attempts to reinforce the position of women. Moreover, the ministry also outlined three pillars of its new gender policy. First of all, gender-sensitive perspectives will be institutionalized. A special ‘gender advisor’ was appointed to further this institutionalization. Second, an emphasis was put on the education and training of soldiers to familiarize them with new gender perspectives. Lastly, the ministry emphasized the need for a safe working environment for both men and women. Underlying stereotypes of women, mainly regarding their perceived unsuitability for the army, are also addressed in that context.

The current Dutch government is stimulating the ministry of Defence’s attempts to attract more women. One of the main reasons for this is that the government believes the operational capacity of the army will be strengthened through diversification of the personnel. For example, female soldiers might be able to communicate better with certain communities in war zones than male soldiers. In Afghanistan, male soldiers often could not get in touch with women of more conservative Islamic communities because of gender barriers that prohibit these women from talking to unknown men without the permission of their husband. As a result of this, intelligence operations were often complicated. This shows that gender policy is not just about inclusion and diversity.

Regardless of the apparent good intentions and efforts of the Dutch government, the current gender policy is not as effective as it could be in this field. The fact that the percentage of women continues to hover around ten percent, as outlined in the introduction, supports this statement. Therefore, I will now turn my attention to the Norse, who have been more successful in diversifying their army.

The Norse army operates in a different national context than the Dutch army. For example, there is still an obligatory military service in Norway. Since 2017, both men and women can be involuntarily enlisted in the army, which automatically reduces the gender gap. They are enlisted randomly, although people with a technical background are more likely to be selected. In comparison, the Dutch government also symbolically passed a law that conscription would apply to men and women if it would ever be needed again. However, for the time being, obligatory military service is not in place in the Netherlands.

Nevertheless, the Norse also lowered certain barriers for women to join the army. They were quick to recognize the strategic need for female soldiers in places like Afghanistan. The most striking example of this is the fact that they created the first all-female special forces unit in the world in 2014, the so-called Jegertroppen. The most noteworthy, in my view, is that the Norse have recognized that men and women are not equal, but should be treated equally and have equal opportunities.

A good example of this is that female soldiers in the Jegertroppen only carry 60 pounds of baggage. When compared to the 88 pounds that their male counterparts have to drag along this seems rather unfair. Yet the reason behind this is quite logical: men are heavier on average than women. Research of the American Marine Corps showed that women carried 58% of their body weight on average, compared to 40% for men. Because they had to carry more in a relative sense, women were more likely to suffer injuries such as pelvic fractures. Therefore, women should carry less weight in absolute terms to equalize the amount of weight that they drag along in relative terms.

Besides adjustments like these, the Norse army also focussed on socially integrating women in the army. One of the most interesting things they did is making unisex dormitories. In other words, female- and male soldiers sleep in the same rooms. Although there were initial fears about potential sexual tensions, this move is now deemed largely successful. These examples illustrate that the Norse have made considerable progress with regards to gender policies.

Although the Norse have been able to close the gender gap by conscripting both boys and girls, I oppose involuntary military service on principle. Nevertheless, I still believe that the Dutch army can still draw some valuable lessons in the field of gender from the Norse.

In my opinion, the idea to create a special forces unit for women is quite interesting. This special forces unit could be slightly adjusted to the physical differences of women, which does not necessarily undermine the fighting capabilities of the unit. Besides the added strategic value of such a unit, the profile of female soldiers would also be raised. As a result, girls and women might be more inclined to opt for a career in the army.

Importantly, the Dutch army should focus on socially integrating women in the army. The Dutch Ministry of Defence already acknowledged this in the DAP. The Norse however already did much more in this regard, with the unisex dorms as the most prominent example. I am quite positive about the idea of unisex dorms in the army. Combat units have to be as cohesive as possible. Sleeping in the same rooms improves the cohesiveness of fighting units. To my knowledge, the Dutch army has not created unisex dorms yet. If you want to attract more women to the army and socially integrate them, creating unisex dorms and unisex facilities, in general, might be a step in the right direction.

Lastly, and perhaps most controversially, I believe that the idea that men and women are equal inhibits the integration of women in the army. With this, I do not mean that women are ‘less valuable’ or cannot achieve the same things as men. Contrarily, I think that women can provide incredibly valuable insights, precisely because they differ from men. However, there are real physical differences that we have to acknowledge and that the Norse have already acknowledged. By letting female soldiers perform the same physical tasks as men, for example, we demand relatively more from them than we do from the male soldiers. I have already illustrated this with the weight of a soldier’s baggage above. If the Dutch army really wants to attract more women, it should accommodate their needs more effectively. This does indeed mean that sometimes women are treated differently than men. Yet this does not mean that women would necessarily have an easier time than men in the army or that they would be less ‘useful’ in combat. What it means is that inclusion cannot be achieved without accommodating everyone’s specific needs. Hopefully, this is something that the Dutch army will be able to do in the future.