WHAT WE SHOULD KNOW ABOUT BURKINA FASO 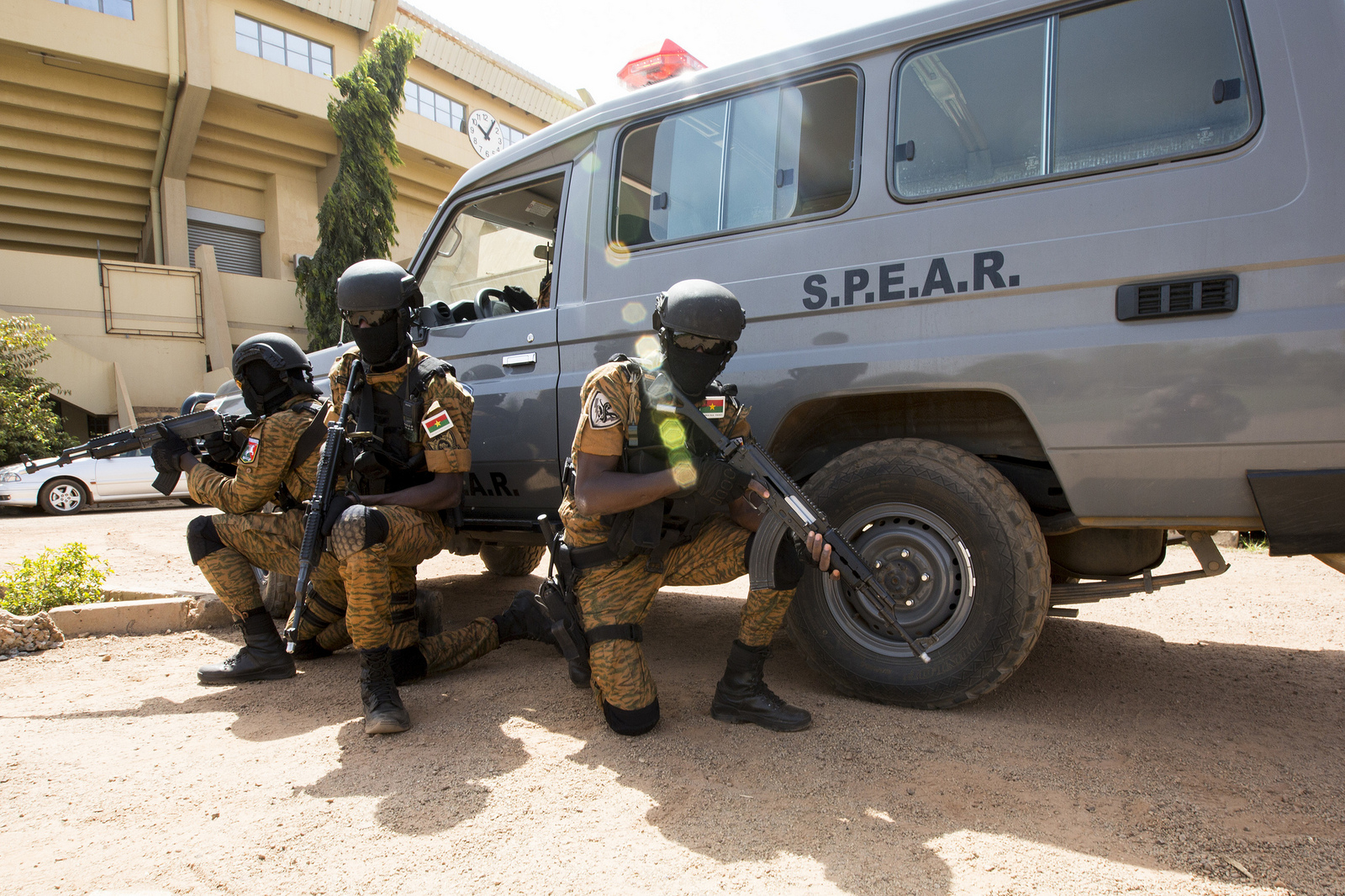 Burkina Faso has been plagued by terrorist attacks since 2015. The International Crisis Group put the deteriorating security situation on its infamous “Global Watchlist”, underlining the gravity of the situation. Especially the last two months have seen a grave degradation: more than 70.000 people were forced to leave their homes. The changes in the French Ministry of Foreign Affairs’ travel advice (pictured below) for Burkina Faso demonstrates clearly how rapidly the violence has spread. Travelling to the red areas is strongly advised against, whereas the orange areas should only be travelled if no alternative is available.

Yet, the upsurge of violent extremist groups in Burkina Faso has not led to a unified reaction by the international community. Instead, the focus has been on the enduring conflict in Mali, the fight against irregular migration in Niger and supporting the operationalization of the G5-Sahel Joint Force (G5-JF) – which was established to fight terrorism in Mauritania, Mali, Burkina Faso, Niger and Chad. This article sets out the current situation in Burkina Faso, and sheds light on the root causes of the violence, the main actors involved in the conflict and recent developments in the country.

The current unrest in Burkina Faso stems from different interrelated and reinforcing factors. These include – but are not limited to – a growing divide between marginalized rural communities and the urban elite, frustrations over politics and corruption, climate change and desertification, land disputes, ethnic tensions, organized crime and disproportionate military action by the government.

Further, since Burkina Faso’s economy is not growing as rapidly as its population, its youth is increasingly looking for (economic) opportunities outside of traditional state structures. For some young men, partaking in illicit activities, organized crime or joining a Jihadist group is often the only opportunity for paid employment. In the periphery, tensions between the government and the population grow, due to the government’s incapacity to provide basic services as healthcare and education. Moreover, state security services are largely absent, and their disproportionate use of force when they do make an appearance, further delegitimizes the central government.

In addition, Burkina Faso faces a profound terrorist threat, partly due to a spillover effect from regional conflicts. Al-Qaeda’s West Africa branch JNIM (Group to support Islam and Muslims) supports rebellion against the central government in Burkina Faso, but has mostly been effective in Mali. Ansar-al-Islam, who pledged allegiance to Al-Qaeda, is active on the Mali-Burkina border and executes attacks on both sides. The Islamic State in the Greater Sahara (ISGS) is active in the Mali-Burkina-Niger region. The traditional rivalry between IS- and Al-Qaeda-alleged groups is not equally present in this region. Therefore, it is not unthinkable that opportunistic cooperation between different groups may take place, possibly enhancing their (joint) capabilities.

The rise in terrorist attacks coincides with the fall of President Compaoré in 2014. Some argue that this is due to his tacit agreement with different terrorist groups in northern Burkina Faso. In exchange for letting these groups use the north as their operational base, they pledged to only attack Mali, and not Burkina Faso.

The Burkinabe army is not equipped to deal with these threats. It is poorly equipped and trained, and gets most of its combat experience from its large contributions to UN peacekeeping operations, to which Burkina Faso contributes approximately 2.000 soldiers. To counter these threats, the Burkinabe country counts on external actors.

In 2017, the G5-Sahel established its Joint Force to combat terrorism in the region. Envisioned to consist of 8.000 soldiers, the G5-JF currently encounters problems in the operationalization of the force. The G5-countries argue that they require further disbursement of the committed third-country contributions (440 million euro in total, of which around twenty-five percent has been dispersed so far) to further operationalize its mission, whereas the donors want to see improved operationalization before dispersing more money. For these reasons, the G5-JF has not been able to fulfill its promise of a regional anti-terrorism force in a region that so direly needs one.

MINUSMA, the UN mission in Mali, has no mandate to act in Burkina Faso. The large contribution to MINUSMA underlines the importance that the government in Ouagadougou assigns to regional stability, while at the same time acknowledging the transnational nature of the threats. The EU is also present in the region, most notably through its EUCAP Sahel missions in Mali and Niger. Lastly, France has offered relief. The anti-terrorist operation Barkhane, launched in 2014, has been mostly active in Mali, but started operating in Burkina Faso since October 2018. French Defense Minister Parly announced that France would be willing to assist the Burkinabe government in any way it deemed necessary.

What does the future hold?

Although predicting the future is impossible, the considerations above do not implicate any quick resolution for the conflict in Burkina Faso. The current international engagement is strongly focused on the security issues, and therefore does not address the deep-rooted and complex social, political and economic problems that the country faces. Without resolving these issues, efforts which merely focus on security are only temporary band-aids and not real solutions.