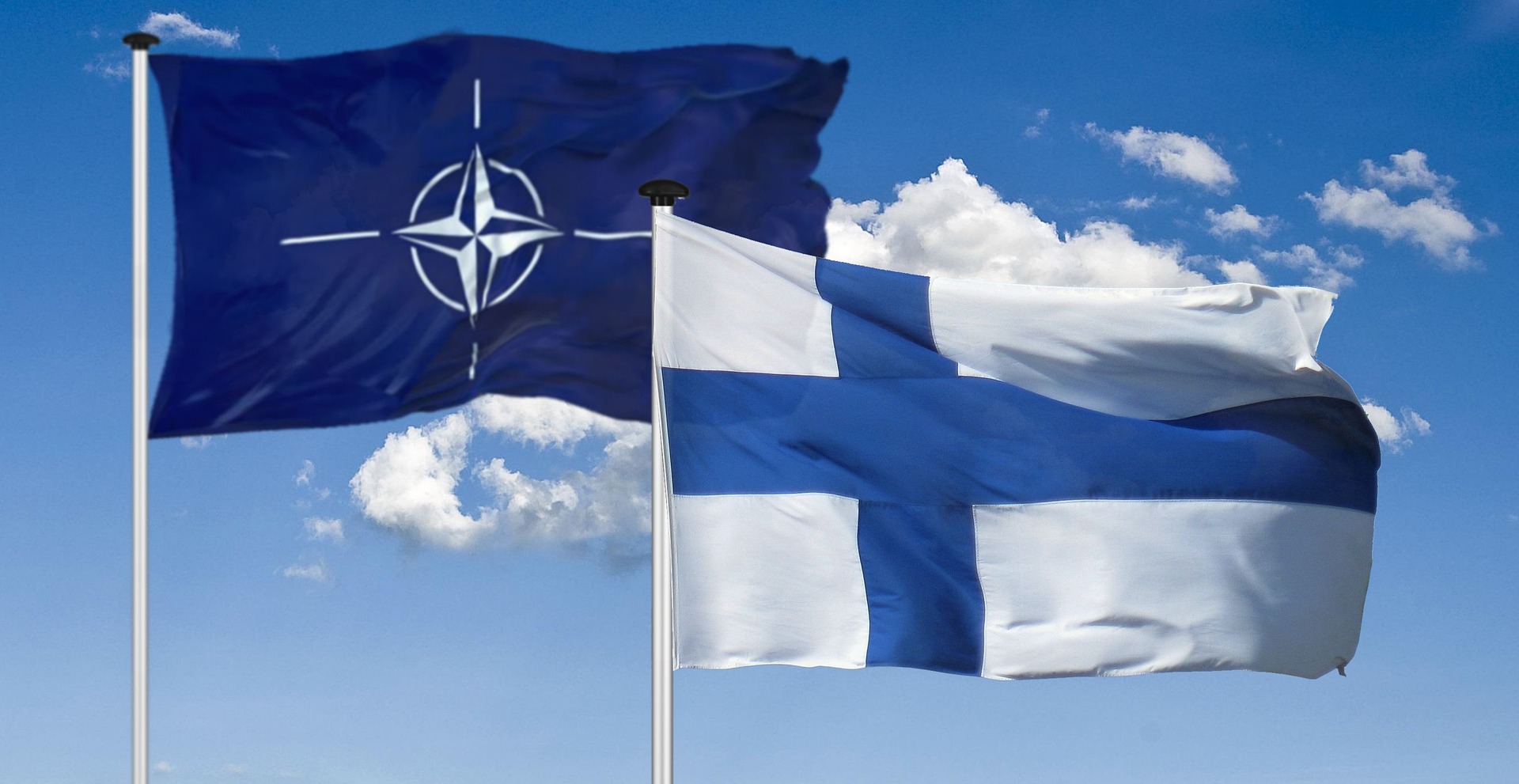 The 2022 Russian invasion of Ukraine marks the latest development in the Russo-Ukrainian War. This escalation of violence on behalf of President Vladimir Putin has resulted in the nations of Finland and Sweden to seriously consider NATO membership. In the case of Finland, news of this arose in early April 2022, with Prime Minister Sanna Marin announcing that Finland would decide on NATO membership in the upcoming weeks. After decades of military non-alignment, Finland has officially declared their intention to join NATO. This marks not only a shift in the dynamic between Finland and NATO but between Finland and Russia as well.

Finland has always held a good rapport with NATO, despite being one of the few European Union (EU) member states not part of the military alliance. Rather, their cooperation has been centered on a policy of military non-alignment. The prospect of Finland joining NATO has always been a topic of debate in Finnish politics but as of late it seems more and more likely to become a reality. The catalyst behind this is a sharp increase in public approval, as many believe that joining NATO will provide much-needed protection in light of Russian aggression. A recent Yle poll from early March showed that 62% of the Finnish public polled are in favour of NATO membership. Prior to Russia attacking Ukraine, public polls showed clear opposition to joining NATO – as was the trend for years. For instance, in 2017, only 21% of the public supported NATO membership. As Antti Lindtman, leader of the Finnish Social Democrats, states “it is evident that Russia’s actions have brought Finland several steps closer to military alignment being necessary.”

From a security perspective, the addition of Finland to NATO has two clear advantages. Firstly, it strengthens NATO’s military presence in Northern Europe. This secures NATO’s interest in the Arctic and Baltic regions by addressing the gap present in their defences along the Russian border. Secondly, Finland would contribute both supplies and knowledge towards NATO. In Western Europe, Finland has been cited as possessing the largest artillery capability. A staple of the Finnish military power is their large reserve army that has been maintained through mandatory military service, which has been abandoned by the majority of Europe. Currently, the Finnish Defence Forces’ (FDF) reserve consists of around 900,000 citizens while the wartime strength FDF is 280,000 soldiers. In addition, Finland possesses considerate expertise regarding cold-weather warfare, which was a contributing factor towards their victory against Russia in the Winter War of 1939. Mastering this type of warfare and overall Finnish military training is tailored to take into account the potential of a Russian attack. This type of expertise would greatly benefit NATO if Russia decides to physically retaliate in the Arctic and Baltic regions.

Politically, Finland applying for NATO membership adds to the significant global pressure Russia is facing to retreat from Ukraine. Russia has faced an unprecedented number of sanctions in light of the Ukraine invasion such as being expelled from SWIFT, the freezing of Russia’s central bank assets and a ban from using EU airspace. Moreover, almost 1,000 companies have stopped operating in Russia, among them big names like Nike, McDonald’s and Netflix. These sanctions are only going to worsen in the coming months if Russia remains in Ukraine. For instance, one proposed penalty by the EU is halting the importation of Russian crude oil and refined products by the end of the year. Finland’s bid for NATO is the latest blow to Russia’s efforts in Ukraine and drastically alters present Russo-Finnish relations.

Finland and Russia have a long-interconnected history as Finland was once a part of the Russian Empire until their independence in 1917. As such, these two nations are no strangers to conflict with one another. Throughout the duration of World War Two, Finland fought two wars against the Soviet Union; the Winter War from 1939 to1940 and the Continuation War which lasted from 1941 to 1944. Interestingly, some have pointed out similarities between the Winter War, where Soviet forces invaded Finland in November 1939, to that of the Ukraine invasion. Regarding the Winter War, the Soviet Union was expecting a quick victory due to their immense military superiority but quickly faced difficulties in terms of low morale, insufficient supplies, civilian assaults, and inadequate military training.

Many of these same issues are evident with the current Ukraine invasion. For instance, a Pentagon official revealed that Russian forces have suffered from low morale and supply shortages, namely food and fuel, resulting in soldiers taking desperate measures like surrendering to Ukraine or deliberately impairing their own vehicles to avoid combat. Furthermore, Russia is facing allegations of genocide. In the Ukrainian suburbs of Bucha, Irpin and Hostomel, civilians were found murdered on the streets – reminiscent of the Soviet atrocities committed against Finnish civilians during World War Two. Nonetheless, Finland has more or less maintained a stance of neutrality since the end of World War Two – until now that is.

While the majority of the Finnish public and obviously NATO are on board with the idea of adding a new member to the alliance, it is not hard to determine how Russia feels about this scenario. Russia has long tried to ward off its neighbours from joining NATO with the most recent action (excluding invading Ukraine) being in December 2021 during negotiations between Russia, the United States and NATO. The Kremlin has demanded that NATO permanently ban Ukraine from joining. Since 2008, Ukraine’s leaders have been eager to join NATO despite varying levels of public support. This demand was ultimately rejected and a few months later, Putin launched the invasion of Ukraine. In fact, one of Putin’s motives behind invading was because of the enlargement of NATO in Eastern Europe, which posed a threat to Russia. Putin made this sentiment clear in a broadcast aired before the attack on Ukraine. Following the announcement that Finland was considering NATO membership, Kremlin spokesman Dmitry Peskov stated that Russia would have no choice but to take action against Finland, taking “military-technical” steps if necessary. Interestingly, Russian Foreign Minister Sergei Lavrov does not view Finland to be a threat as the country has long been closely tied to NATO and continues to participate in NATO military exercises. Yet, they still made clear that the Baltic region can no longer be considered a nuclear-free zone.

The biggest question being asked is if Russia would strike back against Finland, and other countries interested in joining NATO. For the time being, Russia’s options are rather limited. Most analysts claim that due to Russia’s preoccupation with Ukraine, the chances of a physical attack are relatively low. Furthermore, upon becoming an official member, Finland would be protected by Article 5 of the 1949 NATO treaty which pledges that an attack on a NATO member would insinuate an attack on the entirety of NATO. Violating Article 5 is a risk Putin cannot afford to take. However, there is the potential for Russia to counterattack through other non-violent means. As of now, Russia has blocked natural gas shipments and electricity supplies to Finland. The official reason for this is an attempt to evade the financial sanctions placed on Russia. As they no longer have access to the euro, Russia demanded that payment for these imports be made in rubles. Finland ultimately declined this edict thereby relinquishing access. Though, the notion that Russia would halt shipments as an act of retaliation is also conceivable as the country has long used their gas supplies as a geopolitical weapon. Another tool favoured by the Russians are cyberattacks, which could be carried out against the Finnish government and large company network systems. However, as to whether such action will occur has yet to be seen.

Before Russia can even consider retaliation, Finland must still be formally accepted into NATO. This entails unanimous agreement by all active members to accept a nation’s entry into the alliance. With the latest news that Turkey is opposed to the further expansion of NATO, this hurdle could further delay Finland’s admission or block it completely – to the benefit of Russia. One cannot help but notice the irony that Putin’s attempts at discouraging NATO enlargement have resulted in more states wanting to join this military alliance. In what was supposed to be a quick victory in the eyes of the Kremlin has dragged on for months. Finnish NATO membership would be the latest strike against Russia. In terms of the consequences of Finnish membership, tensions will be increased as Russia and Finland adjust to their new dynamic but the probability of these tensions escalating into physical confrontation is low. Having said that, Putin has proven to be an unpredictable figure so an actual attack can never be fully ruled out.