Trump and the Intermediate-Range Nuclear Forces Treaty: Why he is right and why he is wrong 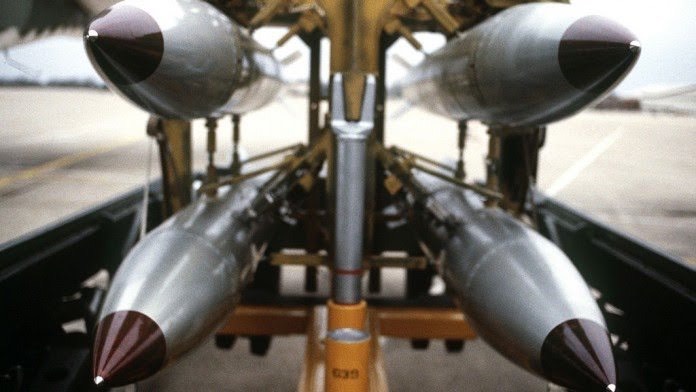 During a campaign rally in Nevada last October, president Trump announced that the US is planning on terminating the bilateral Intermediate-Range Nuclear Forces Treaty (INF) [1]. This seemingly sudden decision to withdraw from the treaty – of which national security advisor John Bolton wasn’t a fan to begin with – further deteriorates the United States-Russian relationship. The US has often criticized Russia for not adhering to the treaty, and sees no merit in continuing to be part of the INF. Moreover, the fact that China, which is not a signatory to the treaty, is increasing its military presence in East-Asia with INF non-compliant missiles, also plays a significant role in the US decision to withdraw [2]. Although this decision may appear reckless – and perhaps it is – there is an argument to be made in favor of the withdrawal. On the other hand, the negative consequences it can bring about should not be overlooked. This Sunday-read sets out to show why Trump is right to withdraw – and why he isn’t.

After seven years of negotiations, the INF treaty was signed in 1987 by the US and the Soviet Union, with the objective to eliminate a category of nuclear weapons with a range of 500 to 5500 kilometers [3]. Intercontinental missiles that could reach the other super power were not affected: the treaty was mostly concerned with the missiles placed in Europe. For example, the Soviet missiles placed in Belarus and Czechoslovakia and the US missiles in Belgium and Italy were banned. Parties were no longer allowed to test, produce or possess ground-launched missiles with this specific range, significantly limiting the chance of a nuclear attack in Europe [3].

However, compliance to this treaty has been mostly one-sided. Whereas the US has adhered to the terms of the INF, Russia has often violated it. Most notably, Russia has been accused on multiple occasions of testing and deploying the intermediate-range 9M729 cruise missile [4]. With Russia violating the agreement, and China not even being part of it, Trump has stated that it is “unacceptable” to the US to remain compliant [2]. Consequently, Trump has called for the development of such nuclear weapons by the US.

The termination of a treaty that controls nuclear arms almost intuitively seems like a bad decision. Indeed, Trump’s announcement has been met with criticism from various states and different actors. In addition to Russia, China and Japan, the European Union has greatly criticized the plans, as it is directly affected by the decision to terminate the treaty that has contributed to the stability of Europe. Trump also faces domestic bipartisan opposition, based on the same concerns that the EU has [2]. If the US withdraws, Russia is no longer formally obligated to adhere, removing the formal control on intermediate-range nuclear arms, paving the way for an arms race. If both super powers decide to increase and deploy their intermediate-range nuclear weapons arsenal, no longer prevented from doing this by a treaty, a Cold War like arms race could be sparked, deteriorating the security and stability in Europe. Moreover, placing intermediate-range nuclear weapons in Europe could spark a security dilemma between the US and Russia. President Putin has already stated that European states who host US missiles “put their own territory under the risk of a possible counter strike” [2]. Considering this, the decision to terminate the treaty, which effectively shakes off all restraints and enables a nuclear build-up, reducing stability and increasing tensions, can be seen as a bad one.

However, a treaty that is not being adhered to by one of two signatories has little value, and thus, terminating a malfunctioning treaty could also be seen as a better option than keeping it alive. As mentioned before, the two most prominent nuclear opponents of the US – Russia and China – have advanced their intermediate-range nuclear arsenal, whether they were signatories or not. Preserving the INF effectively leads to preserving a situation where the US is constrained by the INF, whilst Russia and China are not [3]. A short term, potentially positive consequence of a possible US-withdrawal is that it will be able to exert more pressure on China’s assertiveness in East-Asia, curbing its actions, such as the development of intermediate range missiles like the Dongfeng-26.

Moreover, terminating the treaty could pave the way for a new, more inclusive treaty that bans intermediate-range nuclear weapons. This seems to be an option recognized and preferred by both Trump and Bolton. Trump stated that “We’ll have to develop those weapons, unless Russia comes to us and China comes to us and they all come to us and say, ‘let’s really get smart, and let’s none of us develop those weapons’” [2]. Additionally, Bolton asserted that the treaty either needs new members, or needs to be terminated [6]. Therefore, following a rather Trumpesque logic, terminating a seemingly bad deal will pave the way for Trump to try and cut a seemingly better deal [5]. Such a pattern can be observed with many international treaties and agreements. However, the preconditions for a new deal to be established are suboptimal, as history shows that nuclear arms agreements are only established amid stable relations and peaceful prospects. Conversely, said agreements are unlikely to be made during periods of tensions and uncertainty, as might now be the case [6]. Nevertheless, Trump is right when he says that the current treaty is ineffective in constraining Russia, and that China needs to be included as well.

Albeit a heavily criticized, reckless move that could jeopardize the security in Europe and spark a new nuclear arms race, there is a point to be made in favor of terminating the current inherently flawed INF. If the treaty is insufficient in constraining its members, whilst not being inclusive enough, then perhaps a new one needs to be established that addresses these flaws. However, chances of this happening in the near future are rather slim, leaving the consequences of a withdrawal uncertain at best. Therefore, Trump is right in his assessment of the INF and its flaws, but his choice on how to address this may bear more negative consequences than positive ones for now.