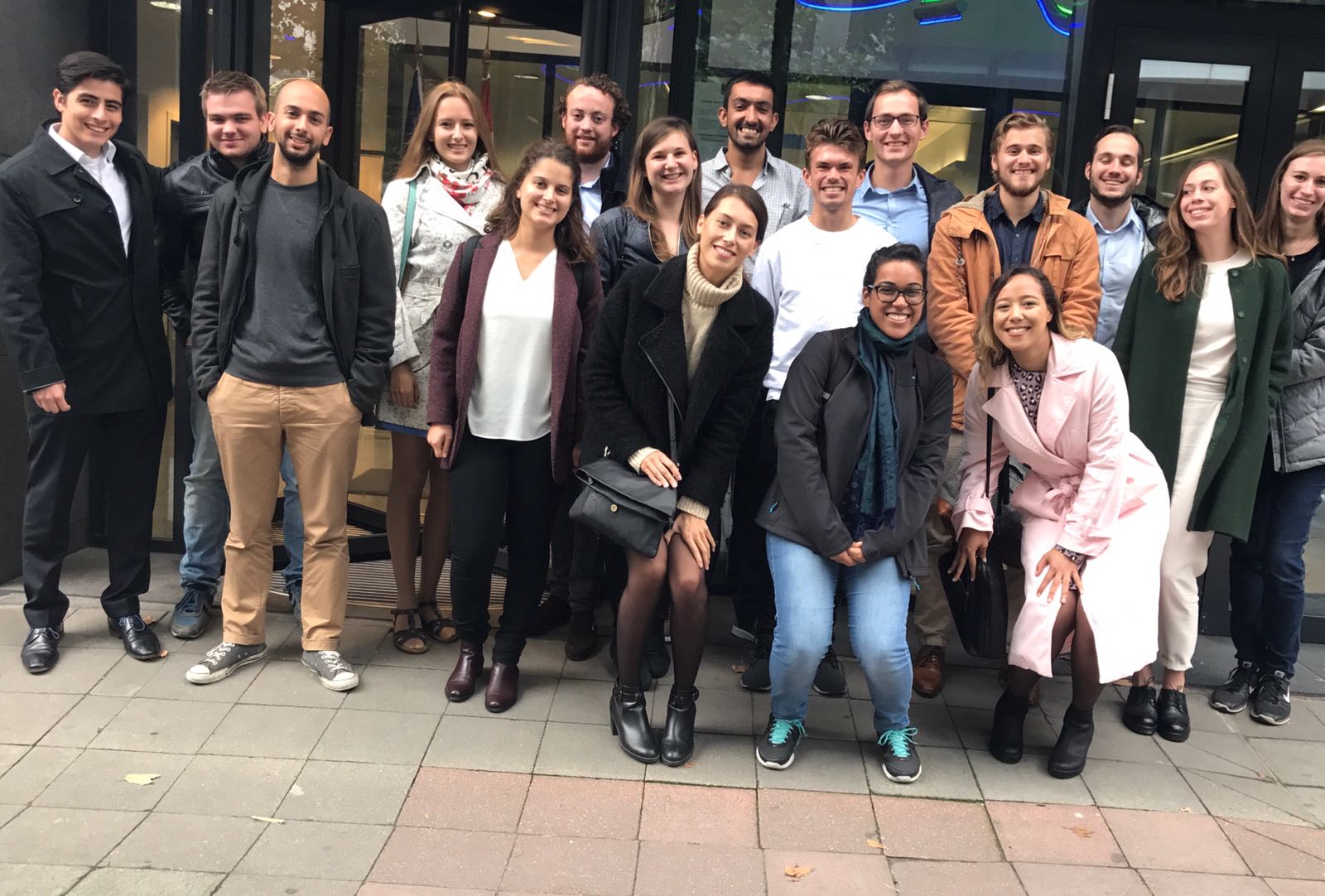 On the 29th of September, the JASON Institute organised a trip to Brussels to pay a visit to the European Parliament and the Permanent Representation of the Netherlands to the EU.

Auštrevičius told us about the Russian – EU relations and Vladimir Putin’s rulership over Russia since 2000. He emphasised on the danger of the totalitarian power of the Russian leader, the worsening of the relations with Europe in 2002, and the development of the Russian army under his rule. Under Putin, the Russian military experienced a significant development since 2006 and evolved in a well dressed, well organised, and strong army, specialised in fighting a hybrid warfare. This means that the Russian army combines conventional warfare, irregular warfare, and cyber warfare as their military strategy, which is characterised, among others, by the use of outrageous propaganda, separatists movements, militias, and cyber attacks.

In 2008, when Russia and Georgia were in war, the army did not show much yet. But in 2014, during the annexation of Crimea by the Russian Federation, the Russian federation showed the world its muscles and its developed army of which, e.g. the “Little Green Men”, a nameless but well organised feared group of soldiers, played an important role. Auštrevičius further told that the EU is in an information war with Russia and that the latter one took Dutch, French, and US elections where they try to interfere in their politics. He further stated that Russia uses so-called trolling factories, cuts off energy supplies, and uses radio- and tv stations to brainwash its citizens to gain more political power nationally, as well as internationally, and that its power should not be underestimated by global politicians.

At last, Auštrevičius ended the session by stressing one last time on the seriousness of Putin’s power and his intensions and that he plays a crucial role in the current and future global politics and its security.

After a short guided tour through the Parliament building to the Plenary Hall we headed to the building of the Permanent Representation of the Netherlands to the EU for a session with Niels Woudstra, the Dutch Deputy Military Representative to NATO and EU. During the session, Woudstra told us about the EU and the NATO Parliamentary Assembly and its functions and the difference between the cooperation of their member states.

Although the member states of both the NATO and EU keep their sovereignty within the intergovernmental alliances, the EU represents a more common market, there where the NATO represents a security and defence alliance. An example is the NATO’s article 5 which commits each member state to consider an armed attack against one member state, in Europe or North America, to be an armed attack against them all. The article has been invoked only once in the history of the NATO, after the terrorist attacks of 9/11 in the United States. On the other hand, EU does not have such an automatic action article. However, Woudstra further explained that when one NATO state attacks another state, it will not act military but it will function as a mediator between the involved states which would also be the case for the EU.

Woudstra also addressed to the relations between the NATO and Russia, saying that the NATO grew after the collapse of the Soviet Union, that the relations under the presidency of Gorbachev and Yeltsin had  improved, but that they are worsened since Putin came to power. He stated that Russia, but also China, try to play out the NATO allies and that both countries are constantly attacking the states just below the trigger level of article number 5. This is done e.g. by cyber attacks which Woudstra sees as the future way of warfare.

At last, Woudstra  answered a few questions about the relations with Turkey and the situation in North-Korea, saying that “we” have to be patient with the latter since he believes that the system eventually will implode because he deems it unsustainable. At last, he explained that the situation in Turkey under Erdogan is rather unclear, but that Turkey will only leave the NATO when they decide to leave it themselves and that the NATO will not interfere in its domestic politics. However, the Turkish regime is changing drastically with an increasing number of political arrests and it is moving away from the political landscape that was founded about a hundred years ago by Kemal Atatürk. The country is now divided in three camps: the Erdogan camp (religious), the Kemalists (separation of state and religion), and the Gülenists which represent a large part of the political prisoners in Turkey.  These three groups will most likely form the political landscape of the country for the next years.

After the meetings there was little time to explore the city centre and to end the day with some fries and drinks. It has been a interesting and informative day, with enthusiastic participants and the present members of the JASON Institute. We would like to thank everyone for coming and we are looking forward to see you at one of our next events!