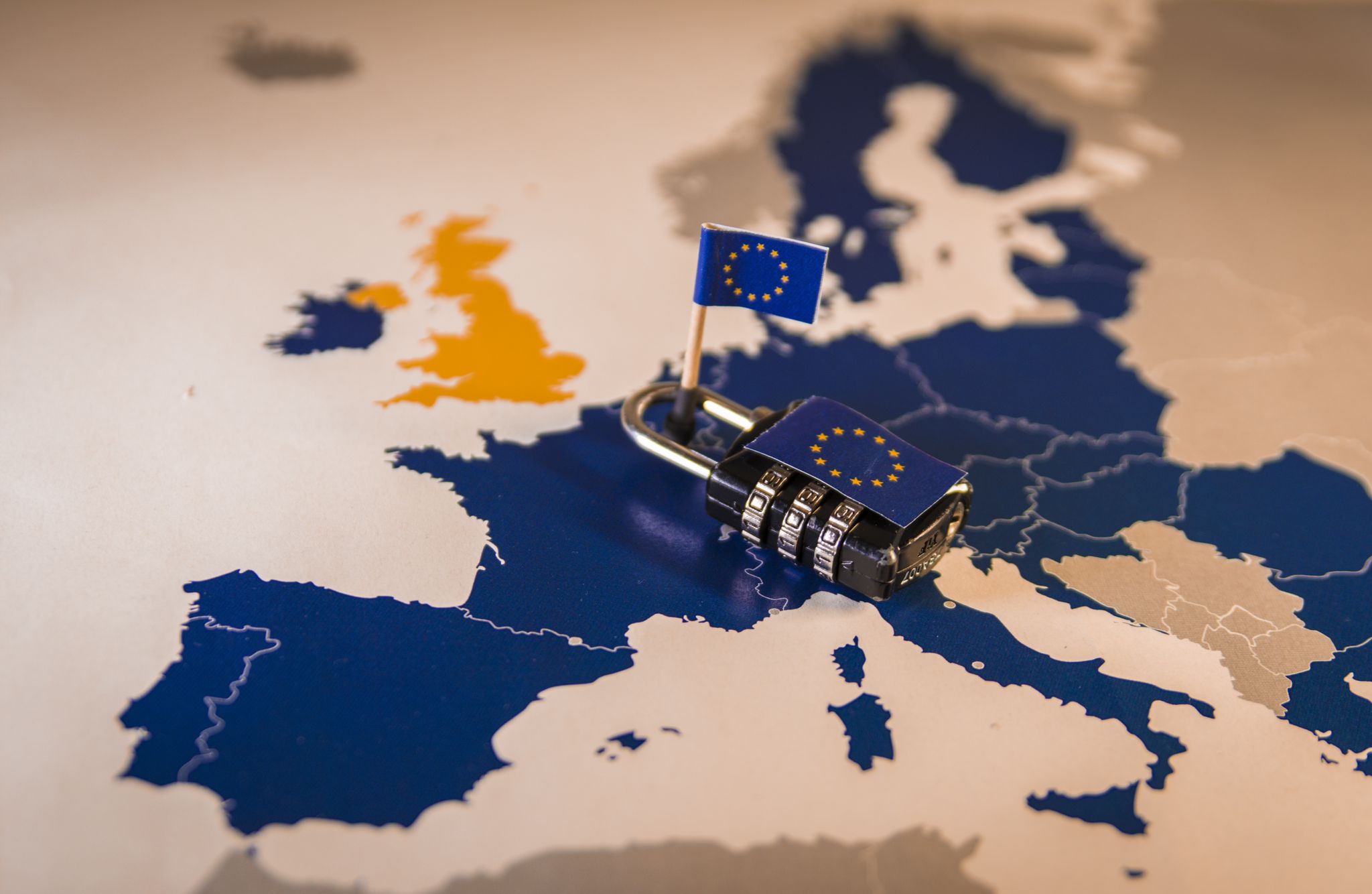 The European security landscape has been and continues to be a rapidly changing and complex environment. In the upcoming JASON Winter Conference: European Security- tracking a changing landscape on 12 November, we will, together with leading experts, examine this landscape in detail. Before then, some of our speakers have offered their thoughts on key matters in the general security environment. Why should we talk about European security? What matters are relevant for the future? For some expert perspective, check out the answers below!

Why does it matter that young people know about prevalent matters in European security?

Engin Yüksel (Research Associate Clingendael Institute): I think it is important for young people to understand how ‘security’ has been reconceptualized during the modern period relating not only to states but also to all human collectivities. Subsequently, as stated by Williams, security has recently gained new dimensions in the form of individual, political, environmental, information, societal security. Answering ‘what security is’ and ‘whose security’ depend predominantly on our knowledge of prevalent matters in European security. Therefore, treating security as a traditional way could distract young people’s attention from recent threats such as terrorism, poverty, infectious disease, environmental degradation, and transnational organized crime; these matters can be seen in such documents as the 2004 UN High-Level Panel 2004.

Goos Hofstee (Research Fellow Clingendael Institute): As national and international security can no longer be treated as separate issues, it is important to understand the European dimension of security, even more so since much of the decision making happens at the European level.

Els de Busser (Assistant Professor Cybersecurity and Governance Leiden University): Many current issues are framed as security problems because they touch upon an existential part of people’s lives, be it cyber security, financial security, food security or water security. For young people, being able to understand the current security questions and their complexity, means that they can recognize how to approach the mitigation of these issues and help finding a potential solution.

Ilke Verhelle (Flemish expert Jihadism and Counterterrorism): Simply because it affects them. As an example from my domain, most legislation on terrorism is decided on on a European level.

In your opinion, what is the most important challenge facing European security in the coming ten years?

Yüksel: The most important challenge facing Europeans could be to generate a unified European strategic culture to deal with internal and external security challenges. Considering the level of interconnectivity among European countries and the presence of effective institutional mechanisms, it is a necessity to design a European approach to addressing security challenges that accommodate the needs of member states and different human collectivities.

van der Togt: Dealing with rising authoritarianism and populism on both sides of the Atlantic, undermining democracy and rule of law and opening opportunities for other players to internally divide the EU, NATO and our societies.

Hofstee: Destabilisation through polarisation. Which in turn is a result of increased socio-economic inequality, (deliberate) misinformation, political radicalisation.

de Busser: I think the fact that most of the problems related to security are by definition interdisciplinary is a significant challenge. That means that no one field of expertise can be relied upon to mitigate or solve the issue in question but that several fields of expertise or scientific disciplines are needed in order to tackle the different parts of one problem.

Verhelle: Migration. I don’t mean to say that migrants (or refugees) are a threat to security in themselves, but I think that the sheer scale of migration that can be expected- as a consequence of conflict, climate change etc.- will become a major challenge on societies in all matters and can become a matter of security when not cared to properly.

Within the domain of European security, are there particular challenges or topics where you see unexplored opportunities for cooperation?

Yüksel: So far, the critical objective of preventing radicalism has been attained through cooperating among states, institutions, and trans-governmental networks in Europe. Given that radicalism predominantly results from growing horizontal inequalities such as socio-political exclusion, perception of injustice, unemployment, and poverty, this inward-looking approach is meaningful. This also becomes clear from the 2016 United Nations Development Program. Nevertheless, radicalism is also inextricably linked with the prolonged Middle East and North Africa crises promoted by authoritarian political orders and geopolitical competition. Therefore, European states should revise their decreasing intent and capability to act upon crises in these regions to address the roots of radicalism and ensure its geostrategic position.

van der Togt: If you mean cooperation with external players, such as Russia or China, I envisage limited opportunities for cooperation in combatting climate change, for instance in the Arctic, in solving or containing some regional conflicts and possibly in combatting terrorism.

de Busser: Referring to the interdisciplinary approach once more, I think more and closer cooperation between the different fields of expertise should als be facilitated on a European policy level. On a policy level that looks like different departments communicating more and exchanging information, analyses and ideas in order to create joint analyses and joint reports. Potentially even joint policies that integrate the input from a range of backgrounds.

Verhelle: I think the EU needs to reinstate itself as an important player at the table of security issues in the MENA region and Asia. In the past years it has had to ride in the back seat of U.S., China, and Russia. One of the opportunities can be cooperation with moderate islamist groups or parties in these regions. But for that to be even remotely possible, there will have to be dealt with our own prejudice and fear first.

Do you think the changing transatlantic dynamics will raise the pressure on Europe to increase strategic autonomy? And are there particular challenges where this pressure will be felt more than others?

Yüksel: The US’s pivot to Asia could raise pressure on Europe to deal with Russia with its own means and ways. Therefore, Europeans should get a better comprehension of the actual Russian threat rather than a perceived or mis-interpreted one, its approach to warfare and Moscow’s ultimate strategic objectives, as proposed in Yüksel and Klijn 2019. Only then can Europeans develop effective counter strategies and determine capability requirements to act upon autonomously.  Next, the USA’s decision to withdraw from the endless wars of the Middle East and North Africa could add more responsibilities for the EU in the form of putting more weight on conflict prevention and mediation in its immediate neighbourhood. Otherwise, Europeans will face the risk of losing their influence in those areas as other regional powers such as Turkey, Russia, and Iran, have shown growing eagerness to fill the gap.

van der Togt: A lot depends on developments in the US, both internally and in a change of priorities of foreign policy towards Asia. For European security this could mean developing more European strategic autonomy and a strong European pillar in NATO. Furthermore, defense budgets will have to be raised to enable Europe to play a stronger and more effective role (also militarily) in its own backyard, from Eastern Europe to the MENA region and beyond in sub-Saharan Africa.

Hofstee: Strategic autonomy has become a buzzword. But what does it even mean? Obviously, the past 20 years have shown that Europe has no independent strategic vision, nor the actual military weight to back it up. But to think that there is ONE Europe, and that there can therefore be ONE strategic vision coming from that Europe is just naive, the interests and political visions of the member states are just too far apart. So the challenge to “European strategic autonomy” doesn’t actually come from outside of Europe, it is right here within the foundations of Europe itself.

de Busser: In the field of data protection and surveillance, the differences between Europe and the US have been documented and debated since the 80s. This is not new, but the increased digitization and the borderless nature of cyberspaces emphasizes this even more. So-called data localization or protectionism does not make much sense in a borderless cyberspace and I think we need new solutions to questions related to digital evidence and data protection.

Verhelle: I think the reverse will be a more plausible scenario, I think Europe will be under more pressure to seek new alliances, bilaterally or in supranational contexts. I think that competition in the market, in the domain of economics, the pressure on Europe will reach very high levels.

For more information regarding our upcoming conference, check out this website: www.jasoninstitute.com/conference/