THE US MUST RECONSIDER ITS PARTNERSHIP WITH TAIWAN 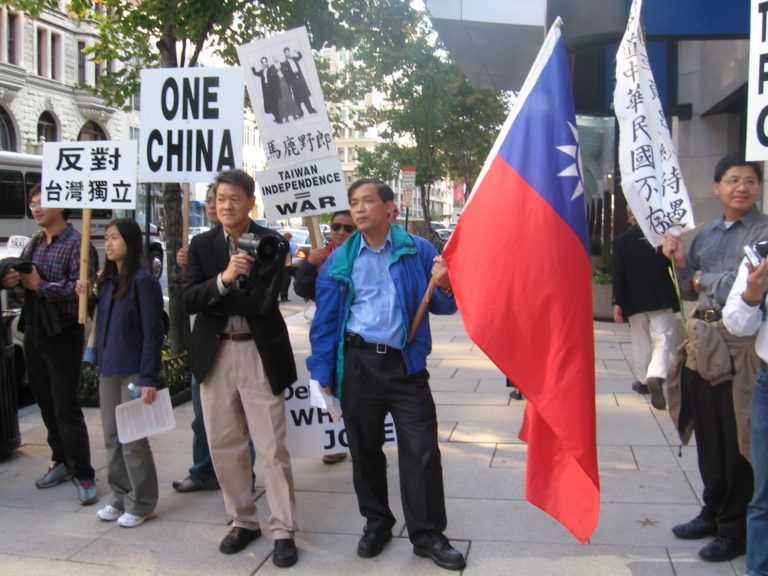 In February this year, Beijing escalated its already menacing language towards its island neighbour Taiwan, stating that “Independence means war”. [1] This caused anxiety with its most powerful friend, the United States. As China continues to grow in power, adopting an increasingly assertive and belligerent posture towards its neighbour, the unofficial US partnership with Taiwan seems set to become a dangerous liability for the US – and by extension, for NATO. It is time to reconsider the partnership.

The diplomatic situation surrounding Taiwan is a complicated one. This is the result of the fact that both the government of Taiwan – officially known as the Republic of China – as well as that of the communist People’s Republic claim to be the sole legitimate government of a united China (which includes the Chinese mainland and the island of Taiwan). This claim is otherwise known as the One-China policy, and it entails that countries seeking diplomatic relations with one government must break official relations with the other. Both Chinas adhere to an agreement termed the “1992 consensus”, which recognises the political indivisibility of China and Taiwan, while at the same time leaving room for disagreement about what that means in practice.

Thus both states make claims on the territory of the other, but the People’s Republic is significantly more powerful than its tiny neighbour. The reason it has not ventured to forcefully incorporate Taiwan’s territory is the fact that the latter finds itself backed by a powerful friend: the United States. The US cannot maintain official diplomatic ties with Taiwan, but the two countries do have an unofficial partnership as defined by the 1979 the Taiwan Relations Act, by which the US is pledged to assist Taiwan in sustaining its defensive capability.

Tensions on the rise

While this has so far deterred the People’s Republic from undertaking military action against Taiwan, its government remains dedicated to regaining control over what it considers a renegade province. As the regional balance of power shifts in favour of Beijing, its posture is becoming increasingly threatening.

In November last year, a number of Chinese bombers and fighter jets circled the island on several occasions, and in January China’s aircraft carrier sailed into the Taiwan Strait. [2] Anxiety in Taiwan is rising. At the same time, ominous rhetoric comes trickling out of Beijing. Earlier this month, the head of the Taiwan Relations Office stated: “I have to emphasise that Taiwan’s independence…will lead nowhere. I hope the Taiwan government will think about this sentence carefully.” [3] Furthermore, China is reportedly considering amending its anti-secession law to allow invasion of Taiwan should its leader refuse to endorse the 1992 consensus. [4]

So far, the military balance of power is not at a point where China can be confident of a swift victory should it choose to invade Taiwan. This may or may not change in the future, but it is clear that the diplomatic situation is becoming progressively more uncertain and potentially volatile.

It’s not worth it

This is a problematic situation for the US. Its partnership with Taiwan has already severely strained relations with Beijing, and diplomatic relations seem unlikely to improve as long as it persists. If China were to take the gamble of invasion in the future, the US will almost certainly get involved in the conflict. Whereas the Taiwan Relations Act does not officially obligate the US to protect Taiwan, it would be a grievous blow to the position and prestige of the US as a superpower should it refrain from doing so, not to mention introduce uncertainty into other alliances and partnerships.

Meanwhile, the benefits of the partnership to the US are unclear. A policy of containment regarding Chinese territorial ambitions seems unlikely to hold. On the contrary, it will only stoke Chinese fears of American encirclement – already an unhealthy fixation of analysts in Beijing. [5] As the balance of power shifts in favour of the People’s Republic, it is probable the latter will pursue a policy of confrontation regarding Taiwan in any case. A fear of becoming surrounded might exacerbate, instead of mitigate, this inclination.

Compared to the risks therefore, the benefits of the US-Taiwan partnership are obscure and not sufficient to warrant perpetuating it much longer. It is a liability more so than an asset. Termination might be painful, but there is little to gain here for the US and NATO – and much to lose. Ending the partnership with Taiwan will limit the US to its actual allies in the region: Japan, South Korea and the Philippines, which are of greater strategic value to the regional balance of power and less likely to cause a disruption of the geopolitical order.

On the individual level, an unbreakable bond of friendship is a rare and treasured thing. In international politics, however, it is not so unambiguously priceless. Here, friendships must be continually re-evaluated for their strategic worth and never crystallize into dogma. In the future, the US might have to choose which partnerships are sacrosanct and which are expendable.