The uncertain future of Tunisia 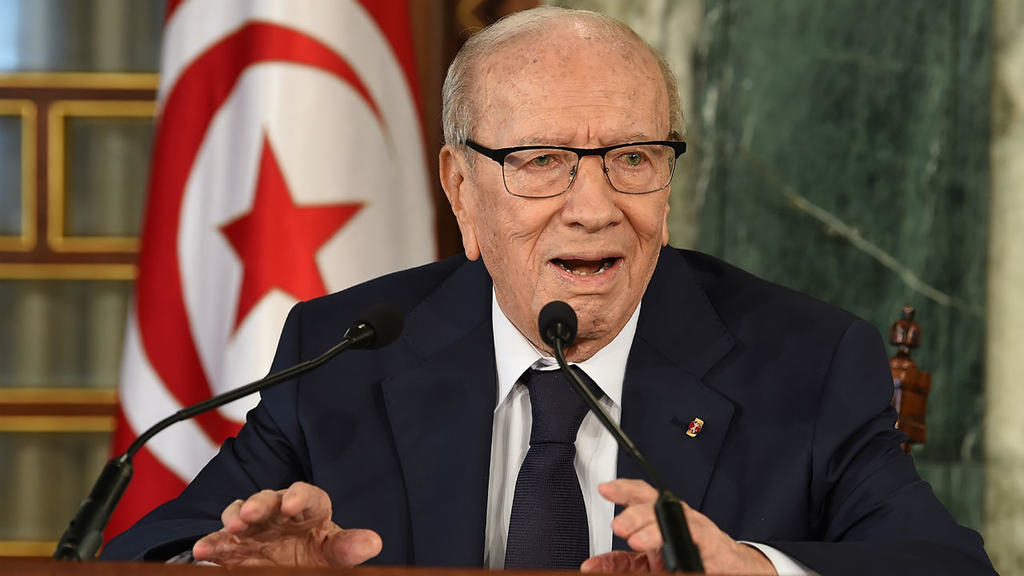 Earlier this summer, on the 25th of July, Beji Caid Essebsi, the first democratically elected president of Tunisia since the Jasmine Revolution, passed away. Essebi embodied the bridge between the post-independent past and post-revolutionary future. His death presents new challenges for the already uncertain future of Tunisia.

On the corner of one of the main roads of Tunis, a large statue of Habib Bourgiba looks over the endless stream of taxis that try to find their way through Tunisia’s chaotic infrastructure. Bourgiba, the country’s first president after their independence from France, is still a profound symbol of its nation’s past. When he abolished the monarchy and created the Republic of Tunisia on the 25th of July 1957, he started modernization policies that set Tunisia apart from its neighbouring countries in the MENA-region.

Republic Day 2019, Tunisia’s national holiday on the 25th of July, was less celebratory when state media announced the death of Beji Caid Essebsi, Tunisia’s first democratically chosen president since the Jasmine Revolution in 2010. Essebsi, one of Bourgiba’s first ministers, played an important part in the modernization policies and had various functions regarding secularization and economic policies.

After Bourgiba was ousted out of office in 1987, Zine el-Abidine Ben Ali took over the government. Ben Ali, who was prime minister at the time, used Bourgiba’s health against him and promoted himself to the office of president, a role he kept until 2011. Essebsi stayed at that time, acting as the director of national security and the minister of foreign affairs, before leaving office in 1994. Even though Ben Ali managed to reform the economy and raised the national average GDP drastically, his leadership was marked by oppression and corruption.

In 2010, after public dissatisfaction grew in times of economic stagnation and high unemployment, the suicide of market trader Mohammed Bouazizi set in motion a chain of protests which eventually led to the Jasmin Revolution, also seen as the beginning of the Arab Spring. Ben Ali quickly declared a state of emergency and fled to Saudi Arabia, where he is in exile until this day. Essebsi, who had remained in the shadows of Tunisian politics during most of Ben Ali’s reign, was asked to return to become prime minister, after he was described as ‘a person with an impeccable political and private life, known for his profound patriotism, his loyalty and his self-sacrifice in serving his country.’

Essebsi lost the new presidential elections in 2011, handing over his position to the leader of the Islamist Ennahda party. Eventually, after he had founded the secular Nidaa Toune party and won the 2014 parliamentary elections, he returned as president in 2014. His decision to keep governing with the Ennahda party was praised internationally since it showed Essebsi commitment to consensus-based political rule.

Essebsi’s popularity, shown by the mass procession at his funeral, is a clear sign of his bridging function in Tunesian politics. Bourgiba is still seen as a major force in Tunisia’s development, with his policies ranging from progressive women rights to free education and illiteracy programs. Essebsi rode on this wave of nostalgia after the Jasmin Revolution. Even the Truth and Dignity Commission’s investigation into Essebsi’s role in the crackdown of dissidents during Bourgiba’s presidential period did not demotivate voters during his re-election campaign in 2014.

However, until this very day, Tunesia keeps suffering from the same problems that fueled the Jasmin Revolution in the first place. Unemployment is high, especially under highly educated youth. Besides that, the large field of civil society organisations feels threatened by the increased oversight. Even though these organisations played an essential part in the democratic transition after 2011 – which even led to a Nobel Peace Price in 2015 for four of them for their role in brokering an important 2013 compromise between Islamists and secularists – new anti-terrorism laws have decreased their independence from central government. Later this month the presidential elections will take place, with polls currently led by Nabil Karoui, a media businessman that previously affiliated himself with Essebsi’s Nidaa Toune party but now runs a party called Heart of Tunisia. Commentators hope the conciliatory message and policies of Essebsi will keep resonating in the future.