The third person effect in Italy in the COVID-19 crisis: the role of China’s cover-up and delay 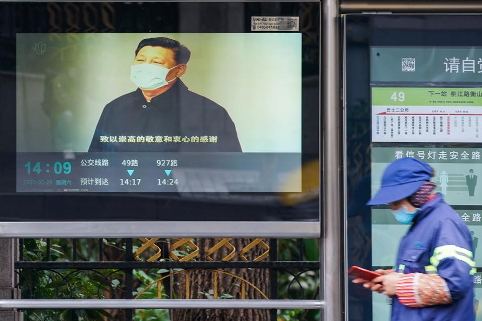 Lost time, propaganda and censorship in China’s management of COVID-19

In recent decades China has proved to be a quick learner in reaping the benefits of globalization but very reluctant when it comes to opening up outside. [1] The Coronavirus outbreak emphasized that China has learned how to capitalize the assets of globalization by using tools such as time management and strategic calculation to its own advantage. But it also showed that Beijing advocates globalization with “Chinese characteristics”, forcing the world to share the drawbacks. Actually, the COVID-19 revealed China’s ability to adopt a veiled strategy that moves in the direction of premeditated attempts seeking to probe weakness and opportunity.[2]

The management of the pandemic underlines the main point on the Chinese agenda: Beijing doesn’t allow any interference in its internal affairs. China is willing to bear the costs of all sorts of uncertainties, be they temporary or lasting, but not those related to the defense of its national affairs. China’s uncompromising stance on non-interference, which marks the difference from the West, together with the strategic use of time and top-down censorship have played a fundamental role in the spread of the virus.[3]

The COVID-19 revealed the difference in the conception of time between the West and China. The Western culture has a linear and sequential vision of time linked to the idea of a final goal. On the contrary, Chinese society identifies time as an eternal cyclic movement. As a matter of fact, China based the core of its civilization on the historical present and the process rather than the final result. While Western society tries to control and predict the future to avoid chaos, the Chinese civilization seeks first and foremost a balance within it.[4] This cultural scheme was mirrored by the timeline of the Coronavirus, coupled with the traditional Chinese use of propaganda and censorship. The COVID-19 highlighted China’s ability to adjust to events by shaping them rather than changing them. Not only did Beijing initially downplay the outbreak, but it deliberately slowed down the perception of the pandemic impairing the speed of information of global media. Indeed, scientists confirmed that Chinese specialists detected and sequenced the pathogen with surprising speed, in an attempt to display that China has learned how to manage time by improving its technical capabilities.[5]

At first, China revealed the existence of the COVID-19 claiming it was only transmittable by animals to animals. Secondly, Beijing intentionally avoided to raise the alarm soon in order to mobilize the public. Then, as the epidemic exploded, it made a virtue of necessity to receive international praise for its reactivity in domestic information (in contrast to the slow response during the 2003 SARS outbreak) and for the rigorous execution of the confinement measures. Meanwhile, it had censored negative online commentary and arrested eight people guilty of being “rumor spreaders”. Thirdly, Beijing employed cover-up measures to play down the threat through a campaign engaging officials, diplomats and party elites to defend China’s handling of the pandemic. Fourthly, it tried to pin the virus’s beginnings on other countries, such as Italy and the US, despite public recognition of its origin in Wuhan.[6]

The Chinese authorities claimed to have shared information in a timely and transparent manner but reports state that the government suppressed information for a crucial month after the appearance of the first mysterious cases of pneumonia in Wuhan. China’s rigid bureaucratic apparatus, in addition to the tight control on information and the culture of compliance, prevented to promptly inform the chain of command thus leading to an offensive strategy of peddling propaganda and conspiracy theories.

Control of information and propaganda are being internationalized with multiple strategies implemented. Propaganda tactics, such as inserting Chinese state media contents into foreign news outlets, have become an official instrument of projection of external power referred to as: “borrowing the boat to reach the sea”.[7] Moreover, the strategy of distortion of facts is a ploy to avoid supporting a new concept based on facts, by repeating a false claim until it makes a good part of the public doubt the truth. Then crediting a credible authoritative source to misinformation tends to amplify the believability of the untruth.[8]

The COVID-19 has turned to be an advantageous boon for information warfare together with three inherent elements of epidemics: their non-linear unfolding, exponential multiplication and challenge to data management and real-time detection.[8] This created a strategic time advantage for China and dragged Western governments for weeks in a situation of indecision on the actions to be taken.

The case of Italy

Dealing with a pandemic entails the complexity of establishing a dividing line between drastic but unnecessary intervention and necessary but late intervention. The case of Italy, the first and one of the hardest-hit country in Europe, has highlighted the chronic delay affecting European countries when facing complex events, whether they are classifiable as: “black swans”, “black elephants” or “black jellyfishes”. [9] In the Italian management of the crisis the difficulty in setting a line between alerting the public and quelling panic over the virus has been fatal. Engulfed by public declarations and conflicting political messaging, the country paid dearly for uncertainty which subsequently damaged the public response to the virus as well as the capacity of the National Health System.[10]

Not only did muffled early warnings create a competitive advantage for China, being the first country to deal with it, but they also helped Western media take the worst false step in emergency communication: diminishing the risk. This triggered the so-called third person effect (TPE). According to W. Phillips Davison, who articulated this theory, the basis of the third person effect lies in “pluralist ignorance”.  The theory is based on the perception that a persuasive communication will exert a stronger effect on others than on oneself. People consider themselves less vulnerable and question other people’s capability to evaluate information with the same lucidity as they will. Perloff added a partisan content to this psychological process of self-defense arguing that the impact of the TPE is stronger when people disagree with a message or perceive the source as “propagandistic”.[11]

In Italy, the delay in information sharing generated a sense of security initially supported by the media which, by offering false reassurances, led citizens to assume irresponsible behaviour because of the illusion of personal invulnerability. The first stages of emergency were met by skepticism both by politicians and members of the scientific community. According to Harvard analysts, in February Italy was subject to the mechanism which behavioral scientists call confirmation bias, the tendency to acknowledge only the information “which confirms our preferred way of seeing things or our initial hypotheses”.[12]

The first reactions to the virus ranged between overconfidence in one’s means and underestimation of the risk. The Italian media spoke of falsehood about early contagion and excessive alarmism motivated by a culture prone to conspiracy. Many experts stigmatized the impact of the coronavirus, arguing it was a contagion confined to China or at worst a bad flu.[13]

On 31 January the Prime Minister Giuseppe Conte claimed the tightness of the system of prevention stating that Italy «was at the forefront in it» while the Undersecretary of the Ministry of Health spoke about China’s events as “a science fiction film that didn’t concern us”. The ministry of Foreign Affairs criticized the groundlessness of foreign media as “inaccurate and alarmist news”.[14]

The Western conception of cost-benefits assessment is more subject to fear and unpopularity. The Italian case has revealed that not all politicians are willing to expose themselves to the risk arising from the compromising choices of a crisis. In fact, if an intervention actually works, it will appear in retrospect as if the strong measures taken were an overreaction. At the crucial moment, the sense of confusion prevailed over a careful examination of facts. On the contrary, China has learned how to exploit the benefits arising from global dynamics and direct them for its strategic purposes. Global openness to the world is carried out at the expense of population’s needs, with a strategic will that imposes on people the moral cost of power.[15]