The Separatist Playbook: Frozen Conflicts in Russia’s Near Abroad 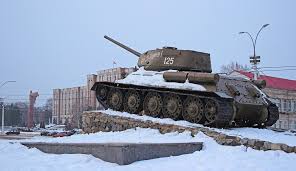 The war in the Donbass region, following the annexation of the Crimean peninsula in 2014, served as a flagrant reminder for the international community of similar conflicts in Georgia, Moldova and Azerbaijan in the 1990’s. Indeed, the separatist movements in the Donetsk and Luhansk Oblasts in Ukraine do partly resemble the protracted ethno-political conflict between Transdniestria and Moldova, or between South-Ossetia and Georgia. What makes these particular conflicts between a breakaway region and a ‘parent state’ so salient is the fact that tend to end up in a ‘frozen state’.

Somewhere between war and peace, the ambiguous post-conflict situation is characterized by controlled instability. To explain why these conflicts end up in such a state, it is essential to look at the actors involved, and their motives. The disputes are not just confined to the parent state and the breakaway region, as Russia is actively seeking to involve itself in the ‘frozen conflicts’ in its direct neighborhood [1]. A better understanding of Russia’s role in these conflicts can shed a new light on the conflict in Eastern Ukraine.

Before looking further into how Russia fomented these frozen conflicts, it is necessary to briefly elaborate on the concept itself. The term ‘frozen conflicts’ gained traction in the 1990’s after the dissolution of the Soviet Union. Although there is no shared definition, the concept is used to describe a post-conflict situation in which armed violence has largely ended, but the underlying tensions of the formerly warring parties have not yet been addressed or resolved [2]. Although this concept is used to describe cases situated in the post-Soviet space, there are conflicts outside of it which have also been described as frozen, as is the case with Northern Cyprus or the Korean Peninsula. Nevertheless, it becomes interesting to examine why exactly the post-Soviet space provides fertile soil for these type of conflicts and Russia’s involvement with them.

In the early phase of the Soviet era, Stalin headed the department dealing with the non-Russian part of the population. Each of the ethnic groups would be assigned a particular territory, which would later develop into the fifteen Soviet republics. The borders of these republics, however, would be drawn through the historical territory of smaller ethnic groups, to ensure that each of the republics contained an ethnic minority. Stalin’s rationale behind this was to undermine any national uprising against Moscow by creating domestic turmoil along these ethnic divisions. The plan was relatively successful, as the ethnic minorities in favor of the support of Moscow often opposed those nationalist movements [4]. However, as the Soviet-Union disbanded, there was no direct control over the fifteen newly independent, multi-ethnic nations, removing the barrier for ethnic tensions to escalate even further.

The central governments of the titular republics surrounding Russia were now tasked with establishing a national identity that was not based upon the former Soviet communist ideology. In theory, this new identity was not even based on ethnicity, but on residence alone. Anyone living within the borders of a particular state would be part of that nations’ polity [5]. In practice, however, the interests of the ethnic majority would be served disproportionally, causing the ethnic minorities to feel marginalized. The ethnic tensions that arose from this would be exacerbated by the newly founded Russian Federation. Initially subtly, by encouraging ethnic minorities to think of themselves as distinctly different from the national ethnic majority, and later on more direct, by claiming that the ethnic minorities were of Russian descent, Moscow tried to fuel ethnic divisions between a national government and a Russian speaking ethnic minority [5].

After feeling sufficiently marginalized, some minorities would make secessionist claims, provoking a violent response from the parent state. As the interethnic conflict between the national government and the separatists would develop, Russia would claim special disposition to protect the marginalized Russian speaking minority. A Russian military intervention would follow, aiding the separatists with their claim for independence. The Russian army would settle the armed conflict between the parent state and the breakaway region, granting Russia an influential role in the peace negotiations [6]. Instead of resolving the conflict, a relatively fragile cease-fire would be established and maintained. Consequently, both the parent state and the breakaway region would remain in a state of controlled instability.

Notwithstanding their respective differences, the conflicts between Moldova and Transdniestria, Georgia and South-Ossetia and Georgia and Abkhazia all followed a similar trajectory. The initial divisions and tensions were already present, available for Russia to exploit. Particular policies, quite often language laws, would instill feelings of marginalization onto the ethnic minorities. For example, the decision to adopt Moldovan as the only official language left the Russian minorities in Transdniestria feeling marginalized [6]. When Moldova officially became independent, the breakaway region in Transdniestria also claimed independence. The Moldovan government attempted to preserve control over this breakaway region, but the 14th Army of Russia, which as a Soviet legacy was conveniently based in Transndniestria, aided the separatists and drove the Moldovans out of the breakaway region. In relatively similar fashion, particular language laws were passed in Georgia, accompanied by a set of measures aimed at enhancing the position of the native citizens, at the cost of the minorities [5]. After the ethnic tensions between the Russian-speaking minorities and the central government deteriorated, the Russian army aided both the minorities in Abkhazia and South Ossetia in Georgia [6]. Following these armed conflicts, Russia would assume a leading role in the peace-processes, which allowed it to dictate the terms of the cease fire. Moscow would be in a unique position to foment a frozen conflict, and instill controlled instability in Moldova and Georgia. But why?

Russia’s long history of being invaded instilled an inherent feeling of insecurity, causing Russia to see itself as a besieged fortress, always surrounded by enemies. Being a land-locked power and having no easily defendable natural borders, it has been relatively easy to invade Russia, as the Tatars, the Polish-Lithuanian Commonwealth, the Swedes, Napoleon and the Japanese have proven [7]. One way to counter these threats is by establishing a buffer zone, which would function as an external line of defense, keeping invaders out. The desire to establish such a buffer zone fueled Russia’s drive to expand outwards. The Soviet Union provided them with a cordon sanitaire in the form of the Soviet Republics. This buffer zone would protect against any actions undertaken by the West.

The dissolution of the Soviet Union caused Russia to lose its buffer zone. However, fomenting frozen conflicts in its near abroad prevents the affected states such as Moldova and Georgia to join Western institutions and organizations such as the EU and NATO. Having a ring of relatively instable countries around Russia prevents NATO from expanding eastwards, as these organizations are unlikely to adopt new members when they are embroiled in a frozen conflict involving Russia. Therefore, the onset of this particular type of conflict in the 1990’s can be seen as old wine in a new bottle. Exploiting ethnic divisions and creating controlled instability in the form of frozen conflicts is a relatively new way to achieve an old geopolitical goal for Russia: establishing an extra line of defense to counter the insecurity caused by the expansion of Western influence.