THE SECOND COMING OF SEPERATISM IN EUROPE 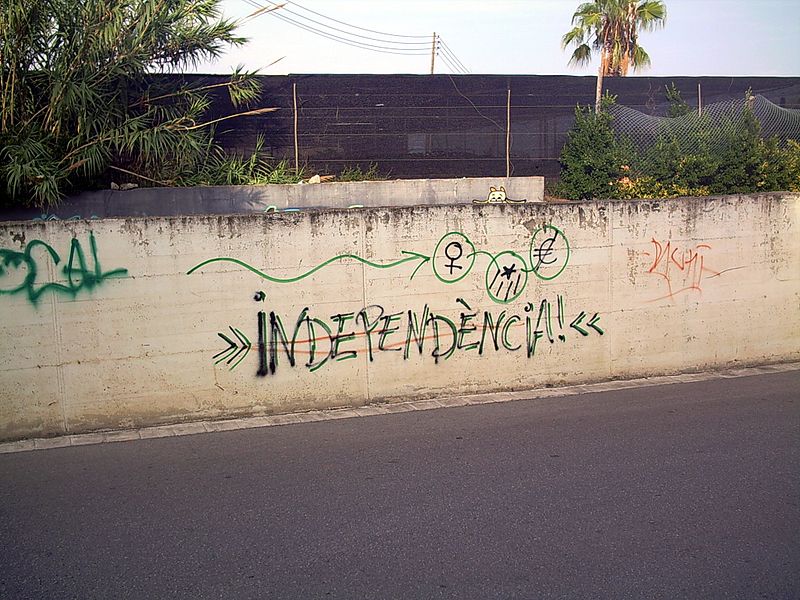 The wars of the 20th Century were of a marked nationalistic or even tribal nature. And there was a small chance, and high hopes, that the 21st Century would then be about the post-national. With global menaces such as global warming looming large, it would seem that the most obvious, perhaps the only, solution is to think beyond the immediate, the local, and to embrace globalisation as a force to find solutions. But neat narratives do not exist, as the cases of Germany and Spain show.

In the past month, two very different votes have taken place. In Germany, Chancellor Angela Merkel was reelected, in what was deemed a boring election. [1] By contrast, the against-all-odds, and according to the Spanish government illegal, Catalonian referendum on independence could not have been more tense. And yet, these two seemingly different events highlight the power of the local, and the division even within countries.

First, Germany. Angela Merkel had a clear path to re-election—although these days clear paths to victory are not what they used to be. The Social Democratic Party (SDP), historically the main opposition party to Merkel’s Christian Democrats, captured an all-time low 20% of the vote. [2] This alone is part of a worrisome trend sweeping Europe. But the real non-shocker of the evening was the 13% of the vote won by the nationalist Alternative für Deutschland (Alternative for Germany, AfD).

Although the AfD was already represented in most state governments, its appearance at the federal level should give all Europeans pause for thought. Its platform, based on ‘retaking’ Germany for the Germans, dangerously echoes the 1930s. And with only 13% of the vote, the AfD is setting the agenda for public debate in Germany. Immigration, and the refugee question more generally, became the main debate points throughout the campaign, to the displeasure of the larger parties. [3] While Merkel won, it is clear that the AfD is not the refuge for those who are at the fringes of the right, and what it represents—the parochial thought, the nationalism, even the hatred for ‘the other’—is becoming more and more acceptable and visible without consequence.

And then, Gerard Piqué, a football player, got booed off the pitch during a Spanish team training session. His crime? Being outspoken in support of Catalonia, his homeland. [4] One can know something is amiss when, in a democracy, the mere act of appearing on a pitch can cause such fevered response. Catalonians have been very outspoken about their desire for separation, or at least a deeper level of autonomy than what the Spanish government is prepared to offer.

Unlike in Germany, the referendum in Catalonia saw violence as the central government tried to suppress and delegitimise the vote. [5] Madrid declared the referendum void. The image of this referendum was police in riot gear trying to stop it. And while Catalonian separatism was not acknowledged by Spanish Courts [6], the forceful actions of the Rajoy government have fanned the embers of separatism. It is thought that 90% of those who voted want Catalonia to become independent. As for the other 10%, they may have changed their minds after the government’s actions.

Both votes illustrate how some corners of Europe are turning inwards, once more, in the face of challenges from the outside. In the case of Germany, it is the waves of refugees that don’t seem to stop reaching its shores, and for Spain it is most likely a result of the disparity in prosperity between Catalonia and most of the rest. Although not new, both the rise of the nationalist right in Germany and the nationalist separatists in Spain, are rooted in the fear of the ‘other’, and the belief that instead of joining the wider world, one is stronger and better able to have a go at it alone.

This kind of thought, short-term and myopic, is not only confronting, it is also dangerous. As hurricanes continue to pummel, and rivers continue to flood cities, and as the world’s economy becomes more and more interlinked, no one group can survive without others. However, sadly, it doesn’t mean groups are not willing to try.