THE RISE OF CHINA AS MARITIME POWER 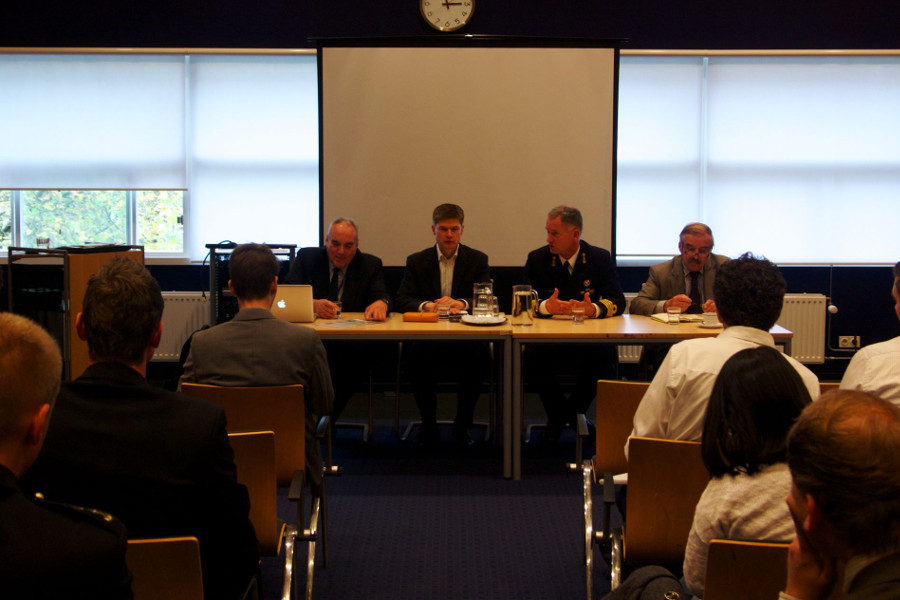 On November 1st JASON Institute held the Sea power conference at the Marine Establishment Amsterdam, which was focused on the rising naval power of China. The daylong event was well attended by experts from the field, cadets from the military academy and others. The overarching question of the event was whether the Chinese naval rise will be peaceful or forebodes future conflict.

The first speaker, Captain (ret.) van Straten, lecturer on maritime operation at the National Defence Academy, stated that there are three important considerations regarding China’s maritime strategy. The first is to listen what China says and what it means. The second is to look at its spending and the last is to look what it builds and whether it is a replacement or not. Van Straten emphasized that China seeks to protect its economic sources and that China is building more ships than it needs to protect the neighbouring seas. According to him, China is preparing itself for a maritime war in twenty-five years.

The following speaker, Captain (ret.) Woudstra, associate professor on sea action at the National Defence Academy, took the teachings of Sunzi “The Art of War” as a guideline to explain the current developments in China. Some important lessons from Sunzi are that one should deceive its enemy, adapt its army to the situation and that the best generals win the war without having to fight their enemy. Woudstra stated that China is thus not interested in waging war, but would rather choose to intimidate its opponents into submission.

After the lunch, Major-General (retired) Homan, senior research associate at Institute Clingendael, dissected the plans of the United States to “rebalance” its forces towards the Pacific and Indian Ocean. The Chinese see this as a move against their country, because China is for its economic sources dependent on accessible and safe maritime routes. The speaker was sceptical about the proposed American plans, which he called to expensive and unrealistic. He did not foresee a naval arms race between China and the United Stated, but acknowledged that the islands claimed by both China and its neighbours were a potential source for conflict.

The final speaker of the day was Van der Putten, senior research fellow at Institute Clingendael, who stressed that the navy was just one of the many tools that China used to protect its interests. For example, its navy participates in the international anti-piracy operation near Somalia in order to protect its merchant ships. He stressed regarding the claims of China on several islands in the East and South Chinese Sea that these claims were not just simple territory disputes but have a longer history. However, he estimated that it is not likely that these disputes would cause an armed conflict.

At the end of the conference the public had the chance to ask the speakers questions. During this Q&A-session the experts talked about the expansion of the Chinese navy as a way to show that it is an important international player. They expected that China would use its navy to protect its sea routes against piracy and to intimidate its neighbours, but not to attack them. Finally, they discussed the dangers of China copying Western naval technology. China acts in this respect as a competitor and not an enemy. After this last session, the public could return home with the peace of mind that the rise of China as a naval power should be interpreted as a peaceful rise.