The race to dominate artificial intelligence and its ramifications 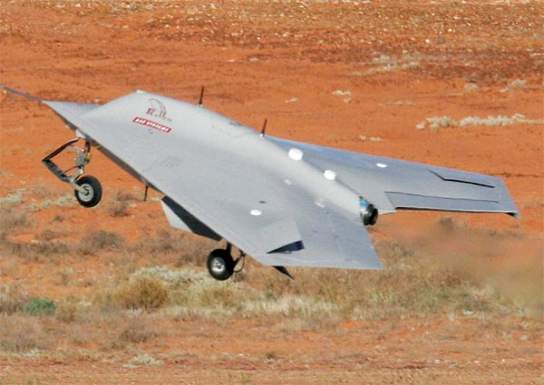 At the start of the 2017 school year Russian schoolchildren watched President Putin’s televised address outlining that “artificial intelligence (AI) is the future, not only of Russia, but of all mankind’’ [1]. Furthermore, he argued that “whoever becomes the leader in this sphere will become the ruler of the world’’ [2]. SpaceX and Tesla CEO Elon Musk tweeted in response to Putin’s comments that “competition for AI superiority at [a] national level (is the) most likely cause of WW3” [3]. The views espoused by Putin pertaining to AI are increasingly shared by national security leaders in the U.S., China, and around the globe. AI technology is likely to be a game-changing military technology, on a par with the invention of aircraft and nuclear weapons [4]. This underscores Musk’s assertion that each country is pursuing AI superiority and that this quest is fraught with novel risks, long-term, and hard to evaluate ramifications for how we live our lives and how societies will be organised.

The race is heating up

The debate concerning the long-term effects of AI has centred on three distinct themes. Firstly, is the trepidation that AI exceeds human intelligence and escapes human control with potentially very dire ramifications. Secondly, another concern is that a novel industrial revolution will enable machines to disrupt and supplant humans in every or almost every sphere of society. Thirdly, AI allows governments to monitor, comprehend, and exert control over its citizens in a more Orwellian fashion than ever before [5]. For authoritarian regimes AI offers them more far-reaching and intrusive tools in their quest to offer an alternative to liberal democracy. This has the potential to lead to renewed global competition between different social systems not seen since the Cold War [6].

Despite Putin’s ambitious aims of turning Russia into a leader in AI, the country is a minor actor [7]. The race for AI superiority seems to be mainly between the U.S. and China. As developments in AI accelerate, some in the US reacted with trepidation that the ability of China’s central government to collect data and allocate resources to the field will enable the country to leapfrog others [8]. However, the US has not sat idly by but tried to mount a fightback. Washington has implemented more stringent oversight of Chinese investments, prohibited US companies from engaging in commercial activities with certain Chinese firms and ramped up criminal prosecution of alleged technology theft [9]. These actions are designed at maintaining U.S. leadership within the technologic domains expected to define economic and military power for the foreseeable future.

It is the Beijing government’s bold plans for the country to become the globe’s premier actor in AI both within research and application by 2030 supporting a $150 billion domestic AI industry [10]. The country views AI technology as an integral part of its development agenda and as a means of improving the lives of its citizens [11]. Other governments across the globe are dedicating considerable resources to support AI innovation too. However, none have outlined a plan as coherent as China. More significantly, China can implement policies to this end in ways that are impossible to implement in western-style democracies[12]. For instance, relaxed attitudes to privacy in China coupled with its huge smartphone market which generates a massive amount of data that can be used in AI research provide the country a natural advantage in the sector [13].

The outlook from Washington

A clear U.S. advantage is that the government exercises a lighter footprint than in China. This leads to shorter lags from invention to market and a quicker adaptation by businesses so that productivity gains are realized more quickly than in competing countries [14]. Regulatory, infrastructural, and cultural conditions underpinned by tight industry-academic linkages, a history of welcoming high-skilled immigrants, and sound product-market regulations lead to quicker business process innovation [15]. These underlying fundamentals will not be easy to replicate and institutionalize in other countries. There was however a growing realization in Washington of the need for a national AI strategy to streamline, promote, and protect national AI technology and innovation. However, the U.S. had to wait until February 2019 for the announcement of the American AI Initiative — the United States’ national strategy on artificial intelligence [16].

The race between the U.S. and China is now moving to other countries as well, forcing them to choose sides. The pressure exerted by the U.S. to pressure its allies from using equipment from China’s Huawei, citing fears that Beijing could use the firm’s equipment for hacking is a clear example of the increased gravity and competition [17]. A U.S. official has argued that Chinese technology firms are “de facto tools” of the Chinese Communist Party [18]. Tools not just being used as instruments for making profit, but also for pursuing the Party’s agenda and fulfilling its strategic objectives [19]. The assertions are strongly being denied by Beijing. One scenario is the U.S. technology firms dominating the west and perhaps Japan, whilst Chinese will enjoy a stronger position in developing countries [20]. The increased rivalry within AI technologies between the U.S. and China also highlights the underlying differences between two competing value systems with radically different views on free speech and censorship, surveillance and privacy. Begging the question if we are on the verge of seeing the globe divided along a ‘’new digital Berlin Wall’’ with two competing ideologies using AI to further their aims or are we already there?

AI technology is likely to be a game changing military technology, on a par with the invention of aircraft and nuclear weapons according to a report from the Belfer Center for Science and International Affairs. A BAE Systems Corax during flight testing: https://en.wikipedia.org/wiki/Lethal_autonomous_weapon#/media/File:7-raven-aircraft.jpg