The Polar Silk Road and the New Cold War 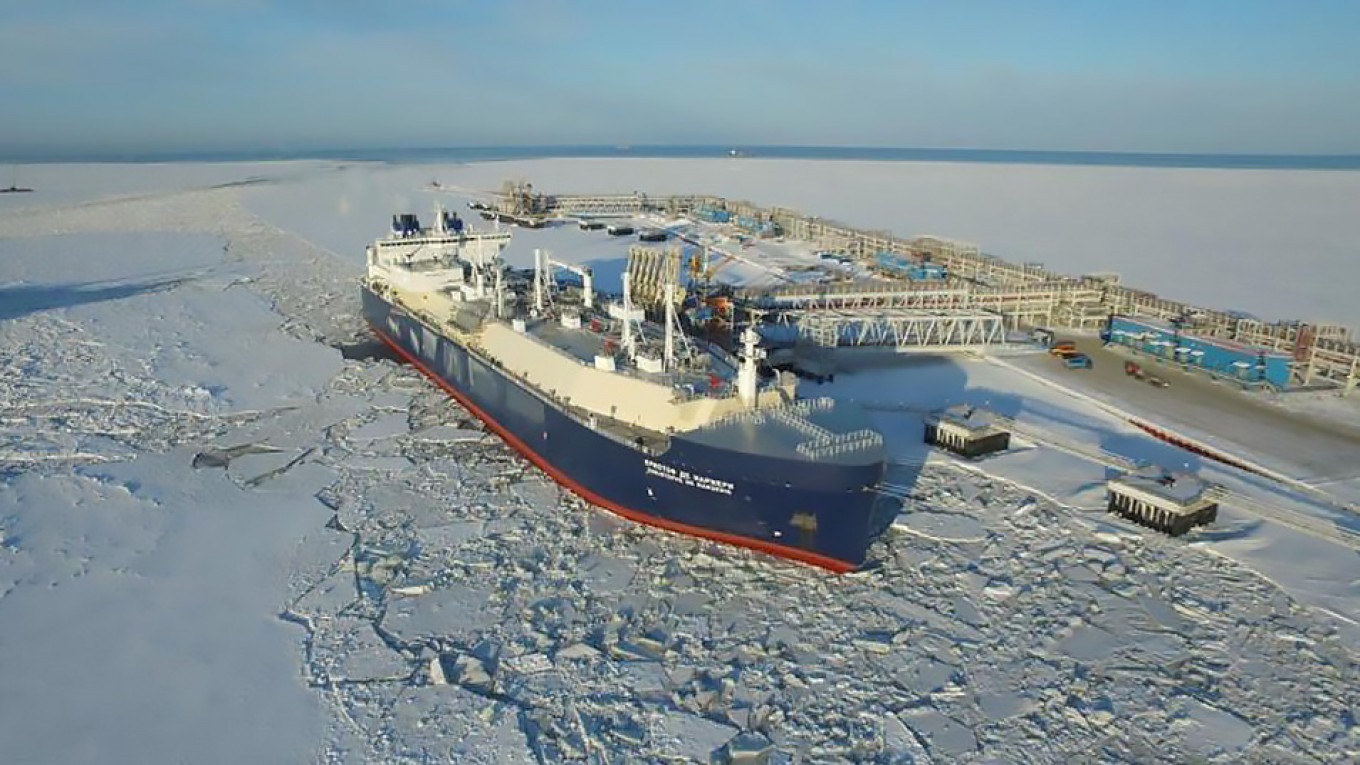 Historically, the Arctic has been a ‘low tension area’. The intergovernmental body that presides over the high north, the Arctic Council, only has the authority over certain ‘soft’ matters. These include, but are not limited to: the promotion of and cooperation with scientific research, search and rescue operations, resource exploration agreements, the protection of the Arctic environment, ecosystems and indigenous human populations. However, in recent times the great powers have shown an unprecedented interest in this isolated region of the world.

US Secretary of State Mike Pompeo chose the small Finnish town of Rovaniemi, bordering the Arctic Circle, to present the US strategy for the Arctic, ‘that is at the forefront of opportunity, abundance and which is rapidly taking on new strategic significance.’

As the first tanker departed from the newly opened Yamal Liquified Natural Gas (LNG) plant at the northernmost point of Siberia, President Vladimir Putin blessed its maiden voyage with his physical presence. Emphasizing the importance of the moment, he watched as the tanker departed. Together with Beijing, the Kremlin is working extensively to reap the benefits of newfound Arctic treasures.

Non-arctic states, including Singapore and India have also shown interest in this part of the world. However, no country has been as involved in the North as China. The Chinese Communist Party (CCP) has made its intentions in the region clear by designating the Arctic as an ‘area of priority’, part of their self proclaimed ‘Polar Silk Road’ (PSR). Where is all this (new) interest coming from? What is the PSR? What does the marriage of convenience in the Arctic between Russia and China consist of? And how does the US perceive this Arctic axis unfolding before its eyes? All of this and more in this Sunday Read.

The Arctic environment is undergoing rapid ecological changes. Over the past three decades, temperatures have been rising, resulting in melting sea ice during the summer. By the middle of this century, or even earlier, there may be no ice in the Arctic Ocean for some parts of the year. The Northern Sea passage that opens up can cut a sea voyage from Asia to Europe by about 12 to 20 days. This route will also be more desirable than the route passing through the Gulf of Adan and the Suez Canal, which brings more economic risks due to the danger of piracy.

China is committed to improving its capacity in the Arctic by strengthening the construction, maintenance and functions of their research stations, vessels and other supporting platforms, and promoting the building of icebreakers for scientific purposes. The PSR is part of the maritime Belt and Road Initiative, linking Europe to China through a maritime corridor. With its increased presence, China has put its mark on the Arctic, showing to its adversaries that it can create viable infrastructure and communication networks in the most inhospitable conditions.

One of the players in the Arctic that has welcomed Beijing’s presence in Russia. Beijing’s increased activities along its northern border can be perceived in two ways. On the one hand, Chinese investments are welcomed as Russia is financially incapable of creating the Northern Sea Route on its own. When China declared that it was ready to develop the PSR, Russia found that these plans complemented their own to organise navigation and transport of goods along its northern border. On the other hand, the Chinese presence is welcomed as long as it doesn’t compromise Russia’s interests in the region. For now, the working relationship between Russia and China seems to be working, since a mutual $10 billion investment was announced by China Development Bank and Russia’s Vnesheconombank (VEB),  financing around 70 Arctic projects.

To understand the growing geostrategic implications of the Arctic, one must look no further than the Yamal LNG plant. Yamal LNG includes the production, liquefaction, and shipping of natural gas. One of the largest plants of its kind in Russia, it was built in four years and is not just a gas liquefaction plant, but also serves as a port for a whole fleet of icebreakers, and has a whole city around it that supports the necessary infrastructure.

Following the isolation from the West due to its activities in Ukraine, Russia has been increasingly reliant on financial investments by other states. China’s Arctic LNG projects are therefore vital to Russia. China National Petroleum Company (CNPC) and China’s Silk Road Fund (SRF) hold 20% and 9.9% ownership of Yamal LNG.

Even though resource extraction in this region will form a continuing challenge, states are still interested in the Arctic’s undiscovered riches; these include 13% of the world’s undiscovered oil, 30% of undiscovered gas, an abundance of uranium, rare earth minerals, gold, diamonds and millions of square miles of untapped resources. China considers itself a ‘near-arctic state’, a concept that is heavily challenged by the US. Promises of geological riches and a newly found strategic edge not only attracts the attention of authoritarian powers like Russia and China but also that of the world’s largest military power, the USA.

While the US appears to have chosen a path of protectionism and isolation in most international situations, it has shown its intent to increase their presence in the Arctic through a combination of unilateral and multilateral measures. These include an increased diplomatic presence in Greenland, other Arctic states and the construction of new icebreakers. In the presentation of the Arctic strategy, Secretary of State Mike Pompeo expressed his desire for the US to work together with Arctic allies in a responsible manner to balance the threat from an assertive Russia and a China that is far from home. “There are only arctic states and non-arctic states, no third categories exist and claiming otherwise entitles China to absolutely nothing.”

What all arctic and non-arctic nations have in common is the desire for a peaceful solution to the challenges that lie ahead in the Arctic. Secretary Pompeo already drew the comparison between the Arctic Ocean and the South China Sea when it comes to the risk of conflict and the militarisation thereof. As of now, Chinese (and American) military presence is limited. However, a new ‘Cold War’, an Arctic Great Game seems to become more likely by the day. In a time where global tensions seem to have reached an all-time high, even the most isolated coldest places on earth are not isolated and cold enough to become the next ‘hot’ playground for great powers.