THE MESS OF U.S. PRIMARIES 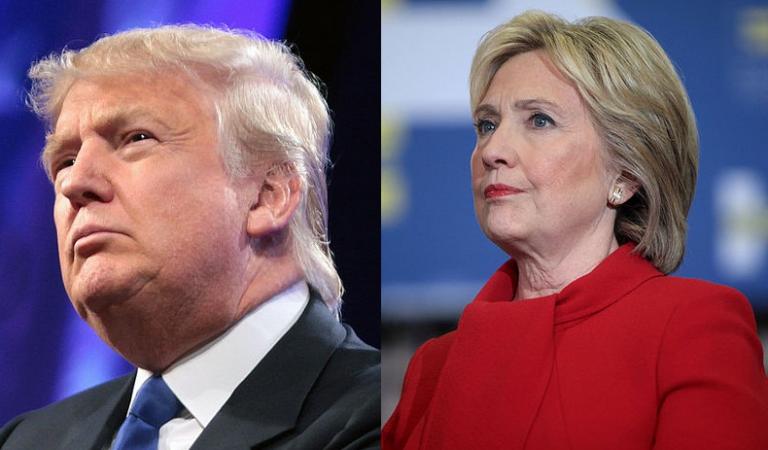 International media coverage of the American primary elections is largely focused on Republican candidate Donald Trump. The bouts of personal name-calling and even comparing of penis size between candidates before all but Trump decided to forfeit were there for all to enjoy, or detest. Meanwhile, important debates taking place within the American political sphere regarding the broken primaries system have largely gone unnoticed in the media.

The race within the Democratic party between Vermont senator Bernie Sanders and former secretary of state Hillary Clinton is a heated one. The ‘Bernie or bust’ strategy, that some of the more extreme Sanders-supporters adhere to, discourages Bernie supporters from voting for Hillary if she gets elected as the Democratic presidential candidate. For their part, fervent Clinton supporters claim that Sanders has already lost and does harm to the progressive cause by staying in the race, wasting financial and other resources that could be spent in the federal elections against Trump instead.

Interestingly, an important reason for the discontent of supporters of both candidates is not so much their political ideas in and of themselves, but the unfair, complicated and often unintelligible system of the primary elections. Both sides feel their candidate is being disadvantaged and are getting increasingly angry at what they perceive is an unfair voting process and even a rigged election. The system is so complex because processes and rules are set by each individual state, and also differ per political party. For instance, while in most states parties use primaries, which are similar to the voting process in general elections, some prefer caucuses.

Caucus states are divided into precincts that hold caucus events, often at 7pm on a Saturday. To cast their vote, citizens have to be physically present. In Democratic caucuses, the crowd will divide into different groups based on their preferred candidate; Republicans pass their votes on secret ballots. They debate and attempt to persuade each other to switch sides. The ordeal takes several hours.

Caucuses suffer from extreme low voter turnout. Meetings with less than 10 percent turnout are not uncommon. Many voters, especially those from poorer communities, are excluded when they work evenings and/or weekends, when they are physically or mentally unable to travel or participate or when they cannot afford a baby-sitter. Moreover, not everyone is comfortable with expressing their vote in public. As one American blogger from Washington noted, “Caucuses don’t represent voters. They represent political junkies who don’t have enough good sense to go outside when the sun comes out.” [1] This is why, although Sanders is losing to Clinton in the primaries, he has so far won nine out of eleven caucuses, some with overwhelming majorities. He enjoys a large following of middle-class intelligentsia, who are more likely able to participate than the black and Latino communities that largely support Clinton.

Another complication is that citizens do not vote for their preferred nominee, but for delegates, usually state representatives or officials, who will cast a vote at the National Convention. Pledged delegates are obligated to vote for the candidate the people choose during the primary or caucus. While Democrats in every state distribute these pledged delegates proportionately among the candidates, Republicans do so only in certain states. In others, they are allocated winner-takes-all or winner-takes-most.

In some cases, moreover, these delegates are unpledged, and can vote for whoever they want. Sometimes voters do not know who they are voting for, or see their votes dismissed. Both Democratic and Republican voters feel wronged: Sanders won a majority in Wyoming but less delegates than Clinton, and Trump scored higher than Cruz in Louisiana but received less delegates. In a response to Trump’s consequential outrage, comedian John Oliver said: “There is no clearer piece of evidence that our system’s broken, no more thoroughly dead canary in the coal mine, than when Donald Trump is actually making sense.” [2]

One more confusing aspect is the Democratic establishment’s use of super delegates: top party members such as congressmen and former presidents. They do not represent the people but the party establishment and as such they are unpledged. They tend to vote to keep the status quo, and 537 support Clinton, totaling 22.9 percent of her total delegate count, while only 42 support Sanders, 2.7 percent of his delegate count.

Lastly, the timing of the caucuses and primaries obscure things even further. The Iowa caucus is always the country’s first. Iowa’s winner is boosted, which influences voters in other states. To combat this Iowa effect, some states opt to hold their elections during Super Tuesday. One national day in which all voting districts hold their elections seems like the better option.

Even when some problematic aspects of the voting processes would be rectified, there can never be full disclosure or clarity for the average citizen when rules differ per state and party establishment. A more uniform voting system should be used nationwide. Historically, states have always had quite a lot of sovereignty. It would be difficult to challenge states’ sovereignty in general. However, when the entire nation is in the process of electing one single person to lead all fifty states it makes no sense for these states to all abide by different rules and regulations.

[1] The Cowardly Lion, May 25 2016. ‘Hardly anyone caucuses in March in WA because it was the first sunny warm day of the year,’ DailyKos.