THE MALI MISSION: WAS IT REALLY WORTH IT? 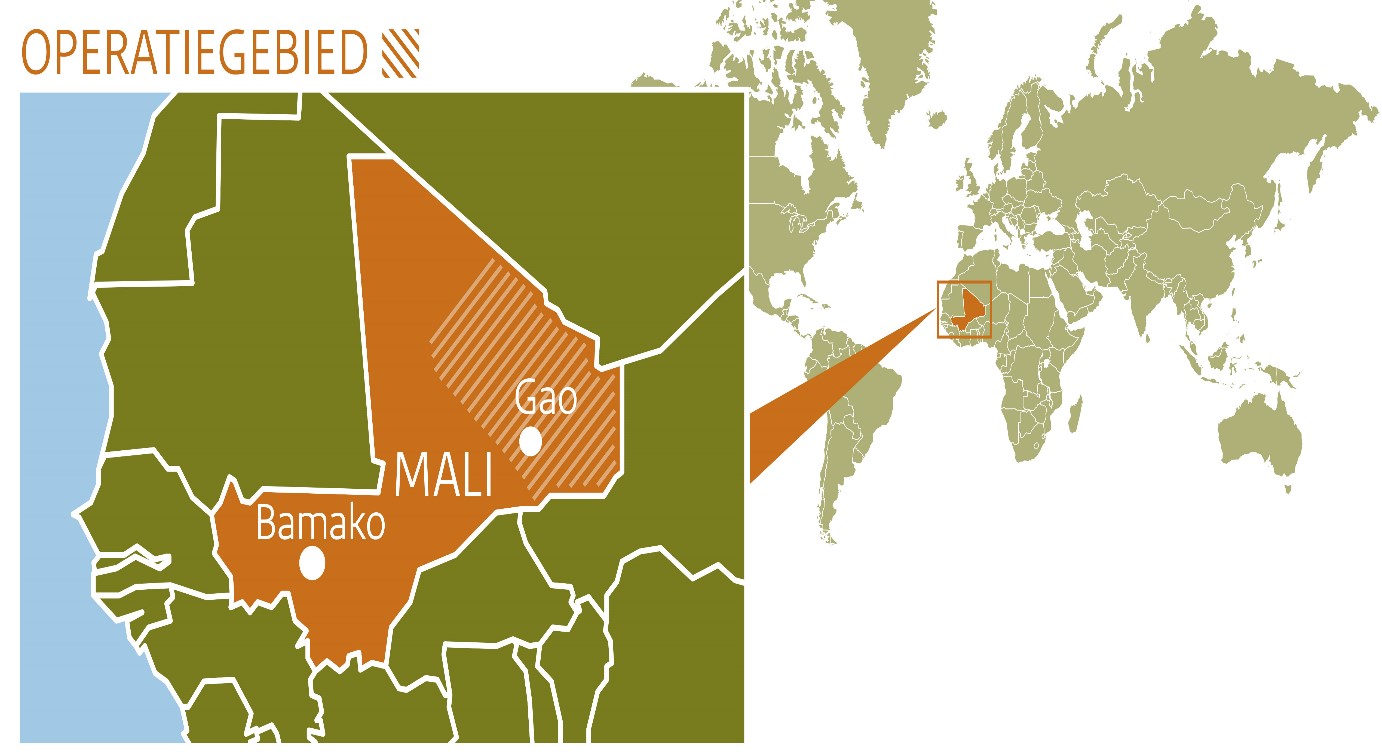 Since April 2014, the Netherlands has been contributing to the ongoing United Nations (UN) peacekeeping mission in Mali, known as the Multidimensional Integrated Stabilization Mission in Mali (MINUSMA). According to the Ministry of Defence, the main purpose of the Dutch troops in Mali was to be the ‘eyes and ears’ of the UN mission. On the first of May 2019, the Dutch military will officially withdraw from the Mali mission, four months later than was originally planned. This gives us the opportunity to look back upon the Dutch contribution to the Mali mission and ask ourselves the question: Was it really worth sending Dutch soldiers to Mali?

Why did we send troops to Mali?
The Dutch contribution to MINUSMA should be analysed within the broader context of a new, more proactive foreign policy, which is outlined in the ‘Integrated Foreign- and Security Strategy’ (Geïntegreerde Buitenland- en Veiligheidsstrategie). The Dutch government is convinced that instable regions around Europe pose a direct threat to the national security of the Netherlands.  As a result, the Netherlands actively contributes to missions that aim to stabilize ‘dangerous’ areas in Europe’s neighbourhood. So when jihadists overran northern Mali in 2013, the Dutch government decided to follow France by sending troops to Mali which seemed the logical thing to do. In a letter to the parliament, the Dutch government not only cited combatting armed jihadists and countering terrorism in the wider Sahel region as a reason for participating in MINUSMA, but also preventing mass migration to Europe and cracking down on criminal networks. Besides that, there are in my view two important other reasons for the Dutch government to send troops to Mali. First of all, it boosts the Netherlands’ profile as a country that is willing to contribute to military missions, just as they did in Afghanistan and Iraq. Secondly, it would enhance the Netherlands’s reputation as a promoter of human rights and democracy. However, I want to emphasize here that these motives were less important to the Dutch government than suppressing a potential jihadist threat to Europe in general.

A failure?
The Mali mission has been controversial, to say the least, regardless of the seemingly convincing reasons that the Dutch government had for supporting MINUSMA. For example, it has been criticized by Dutch soldiers, such as Reinout Sterk, that were sent there. Sterk even claimed that he had, in the six months that he had been in Mali, only left his military base seven times. More worrisome, the Onderzoeksraad voor Veiligheid (Dutch Safety Board) concluded in a critical report that the Dutch government did not take the ‘combat-readiness’ (gevechtsgereedheid) of its troops into account when agreeing to send troops to Mali. The combat-readiness of the Dutch troops was heavily affected by the poor quality of their equipment. A prime example of this is the deadly mortar accident that cost the lives of two Dutch soldiers. The Onderzoeksraad voor Veiligheid concluded in the aforementioned report that the poor quality of the mortars caused the premature explosion that killed the two soldiers. The Dutch minister of Defence at the time, Jeanine Hennis-Plasschaert, resigned as a result of the report. Besides having to deal with internal problems at the Ministry of Defence, the Dutch forces also had to operate in an incredibly complex region. Armed jihadist groups, intercommunal tensions and even the Malian security forces all contributed to the  deterioration of Mali’s security situation. Furthermore, historical grievances of North-Malian communities also played a role in this conflict. Crucially, MINUSMA is doing very little to address these grievances. This makes sense because the peacekeeping mission was ‘invited’ by the Malian government, which is dominated by Southerners and therefore subjective in its goals. We should ask ourselves whether a military mission that aims to suppress a rebellion without addressing the underlying grievances is going to be effective in the long run. The fact that the security situation in Mali has not improved significantly suggests that more needs to be done than merely suppressing the current armed uprisings in the north.

Counting the costs
The biggest cost of the Mali mission has undoubtedly been the loss of five Dutch soldiers, especially because the death of at least two of them could have been prevented. Besides this terrible loss, the Mali mission has impacted the Ministry of Defence in other ways. The Rekenkamer (Netherlands Court of Audit) explainedthat Dutch army units that did not directly participate in MINUSMA were nonetheless affected by it. The reason for this was that they had to provide materials or soldiers for the mission. Therefore, we have to realize that although there were not more than a few hundred Dutch soldiers in Mali at a time, the impact on the armed forces in general was larger. At that time, it put pressure on a department that was already overstretched. Granted, the Dutch government has been investing more in Defence since 2014, but full ‘combat-readiness’ is only expected to be achieved in 2021. The combination of high pressure and underfunding can have deadly consequences, as the mortar accident illustrates. Taking these costs into consideration, I am personally quite sceptical about the Dutch contribution to MINUSMA. The problems in Mali are incredibly complex and I believe that MINUSMA is not addressing them correctly. Because of this, I am still left wondering; was sending our troops to Mali really worth it?