THE LOST INTERNATIONALE In a globalized and individualized age, can we still make sense of foreign volunteers? 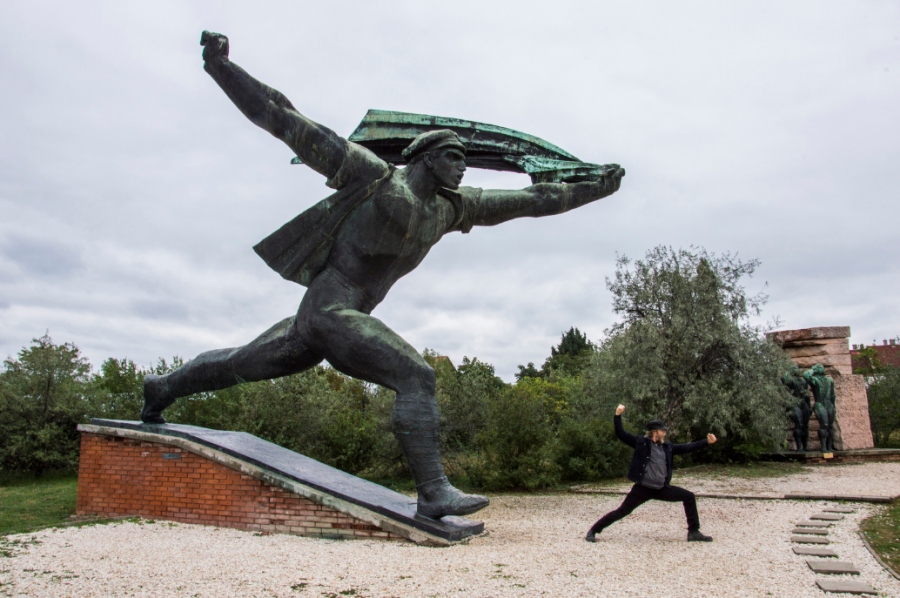 How does one define a foreign fighter in a ‘Global War on Terror’, in which both sides have declared the entire world a battlefield? The disintegration of belief in strong national ties, under the weight of a number of factors, has contributed hugely to the rise of an apolitical, confused and often hysterical understanding of the phenomenon of foreign volunteers in the world’s most heavily covered conflicts.

The most obvious examples are of course those individuals who travel to Islamist-held territory in the Middle East to fight, and very often die, for the Caliphate. One could add to this list those who choose to turn against their native countries, or recently adopted ones in some cases, and carry out the somewhat erroneously titled ‘lone wolf’ terrorist attacks in growing frequency across the West. On the other side are those who volunteer to fight against Islamist forces around the world, mostly by joining the Kurdish militias in Northern Syria.

Whilst it would be unfair to compare those who fight for ISIS and those who fight against it, they do share certain traits, and whilst Western societies view both sides very differently, there is clearly some similarity in Western reaction to both. People who travelled across the world to fight for ISIS are being imprisoned if and when they try to return, but so too are some who went to risk their lives fighting against it [1]. Not only are they deprived of their liberty, but in many cases they are deprived of any substantive agency as well. Many of the assessments made of these figures create an image of lost souls, naïve wanderers or, on the right side of the spectrum, robots driven by past experiences and ideological indoctrination to act as they do [2].

In some cases such appraisals are undeniably accurate, such as evangelical Christians who travelled to Kurdistan, only to leave upon discovering their new allies were ‘Reds’ or the would-be ISIS recruits caught travelling to Syria with ‘Islam for Dummies’ in their bag [3,4]. Such no-hopers have shown up in every armed conflict or mass movement, but in the past they were usually amusing footnotes to history, outshone by figures who zealously committed and defined those struggles, for good or ill. The overwhelming focus on the pathetic, foolish side of activism, is in keeping with a focus that has grown throughout most political reporting in recent years, that of deliberately picking out the most extreme, stupid individuals at a protest, rally, etc., in order to mock the entire movement they are a part of. It is in many ways the natural outcome of an increasingly partisan press vying for supremacy with a rising cynical comedic portrayal of events that followed the rise of shock jocks and comedy shows to mainstream news levels [5].

But this shift in focus speaks also to a growing unease within society, one that necessitates the comforting laughter of comedic coverage. Just as audiences increasingly look to reporters to slam and discredit those they fear, so the need grows for downplaying the political capital of those who make foreign battles their own. As journalist Jason Burke has made clear, the concept of terrorists and foreign fighters as ‘lone wolves’, isolated and unhinged, comes more from our need to see them as such than any reality [6]. The fact that such people frequently do belong to wider networks with real political agendas is simply not acceptable. It is testimony to the ideologically weak state of Western politics that the concept of wanting to fight and die for anything other than oneself is analyzed in terms of either psychological derangement or criminal conspiracy.

Perhaps it is a symptom of the declining health of national sentiment that international solidarity is increasingly incomprehensible to modern audiences. Where internationalists from earlier conflicts, such as the Spanish brigadiers, were assumed to be drawn by a sense of comradeship to fellow ideologists, the modern foreigner is viewed as something of a misfit, more concerned with escaping their own shallow existence at home than committing to a better one elsewhere. In many cases this appears to be true, and doubtless it was true for some back then. A depoliticization of conflict has ensured that many of those committing themselves to such struggles appear as ignorant and empty as the attempts to understand them.

The tendency of the media to focus on such figures, in an especially disarming fashion, to the exclusion of those who they have gone to fight alongside, actually has the effect of serving the despotic regimes they are fighting against. However terrible the opposition forces are in places like Syria, the prolonged existence of the rebellion against the governments could not have happened without legitimate grievances from the people on the ground. Despite the disproportionate emphasis on the international components of the rebel forces in Syria and Iraq, the vast majority of fighters in both countries remain local citizens, many with genuine grievances against their governments. [7].

Whilst it is important to examine the role of foreigners in these conflicts, doing so obsessively allows the established governments to paint their troubles as the result of an upset to the supposed natural order of their state ecosystem, and thus promotes their return to control and political stasis as the ideal solution to the conflict. Such a view can only meet with resigned approval in a West that has likewise come to see internationalism through the prism of mental and social imbalance, as opposed to legitimate solidarity and struggle.

If we in the West will insist upon focusing upon foreign fighters as representative of the conflicts in distant wars, we must begin to at least view them, both positively and negatively, as active agents, characterized by their political beliefs, instead of as germs of chaos in savage lands we refuse to understand. Doing so might encourage a political understanding of the warzones they choose to enter.

[3] Hasan, M, New Statesman (2014) What the Jihadists who bought “Islam For Dummies” on Amazon Tell us About Radicalisation, http://www.newstatesman.com/religion/2014/08/what-jihadists-who-bought-islam-dummies-amazon-tell-us-about-radicalisation