The Kingdom of the Netherlands in the Security Council 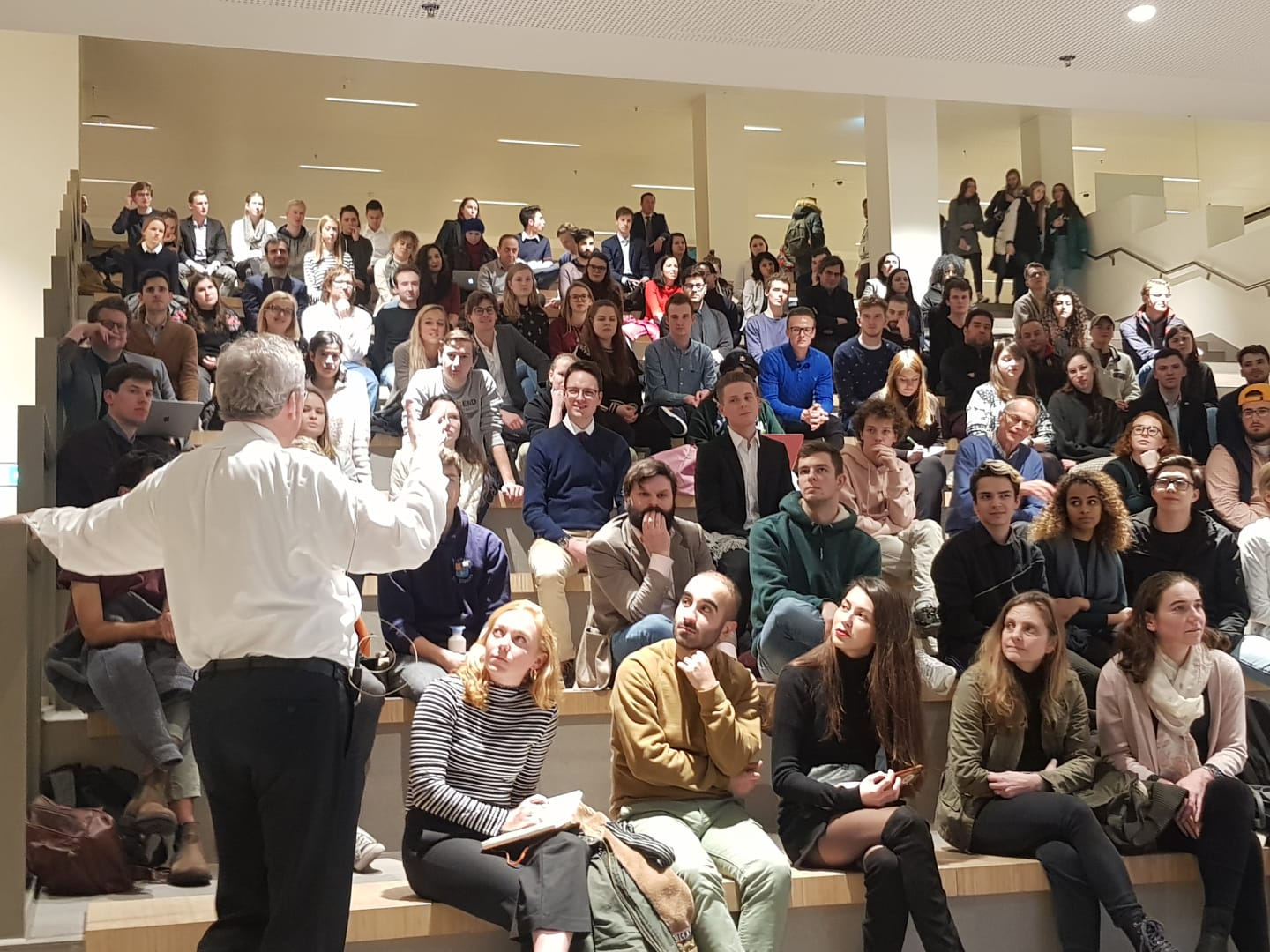 Karel van Oosterom was the first speaker of the evening, who shared his experiences during his time in the UNSC and gave intriguing insights into the important issues that were tackled over the past year during the Kingdom of the Netherlands’ year as an elected member. These elected members, otherwise referred to as non-permanent members, generally hold their place on the Council for a two-year term. However, Italy and the Kingdom of the Netherlands came to the agreement to split this term equally during the last elections in 2016. This was a unique arrangement, last made in 1965 and was, according to Mr van Oosterom, a feasible option because they were both EU member states and shared the same framework. The intense year in the SC that then followed was made possible by a strong team effort, a point that Mr van Oosterom continued to stress throughout the evening.

Their agenda last year focused mainly on the relationship between security issues and climate change, peacekeeping operations and strengthening accountability. This resulted in placing the contribution of water scarcity to conflict on the international agenda and a unanimous adoption of the resolution on Conflict and Hunger by the Security Council, which included banning the use of starvation as a weapon of war. In addition, it brought about the launch of the Action for Peacekeeping initiative, which aims to enhance peacekeeping performance and strengthen the safety and security of UN peacekeepers. As a final example, Mr. van Oosterom mentioned the achievement of UN sanctions against human traffickers in Libya.

After an interesting opening by Mr. van Oosterom, Peter Wilson took the floor. He started with the importance of focusing on prevention and critically added that this was not an item favored by all members. Instead, some members oppose the debate because to them it is seen as an attempt by the most activist members to expand the agenda of the UNSC, while they prefer to keep it narrow. Rather than the distinction between the permanent and non-permanent members, Mr. Wilson sees a distinction between members who want to get things done and those who want to keep the UN out of their business. In addition, Mr. Wilson addressed the evolution of peacekeeping and the importance of accountability and the strengthening of international justice. Moreover, he touched upon the role of the UN as a platform and how it has changed from being a group of likeminded countries at its inception to a more universal group with different worldviews.

Following Mr. Wilson’s remarks, students were able to ask questions to both speakers. Important issues were addressed by the students, such as problems with veto power and if/how this could be reformed; the criteria for peacekeeping quality control and the violation of the INF agreement by Russia and the consequent withdrawal of the US. After giving straightforward answers to students’ questions, the speakers ended with a note on the importance of timing and balance of addressing issues and working together to get things done.

Overall, the event was insightful as both speakers gave a candid account of their experiences and did not shy away from answering tough questions by students.