‘THE ISRAEL PROBLEM’: HOW THE WEST CONSTRUCTS THE WAR IN THE HOLY LAND 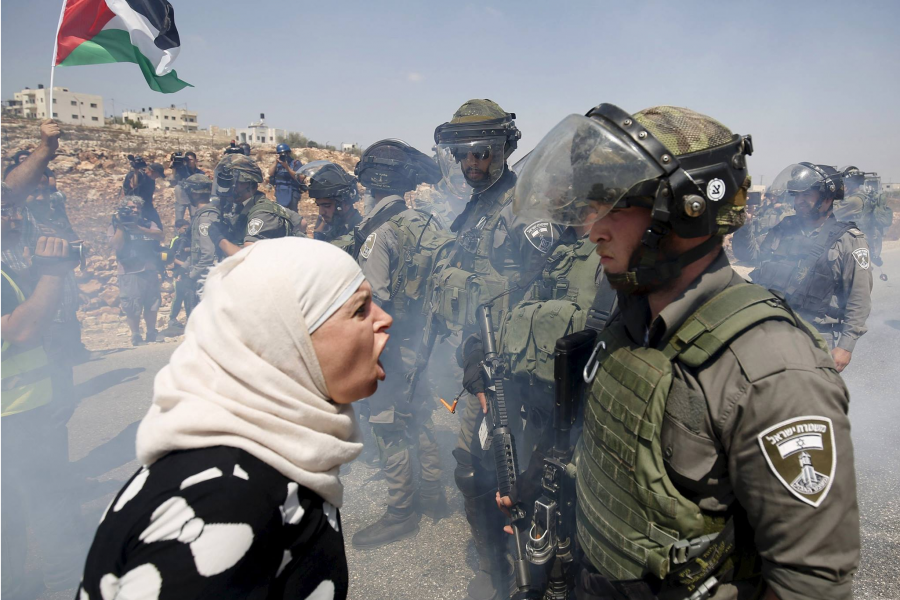 In present Western discourse, the ‘Israel problem'[1], as conceptualized by several notable authors, is often constructed as a never-ending ‘overseas conflict’: something which is the logical persistence of an ancient hostility between foreign peoples and religions. Although this view seemingly helps to understand recent aggression in the Holy Land, it is problematic for two reasons. First, this analysis fundamentally undermines the hope for a quick solution for the Levant, as it fuels the image of a perpetual clash between Jews and Muslims: a fight doomed to continue. Secondly, this analysis is historically incorrect as it fundamentally obscures the role the West played in creating what it conceptualizes as the ‘Israel problem’. Rather than following the tracks left behind by normative Western discourse, I will argue that we should approach the Israel problem as a recent question which emerged due to Western actions.

In several Western discourses, it is argued that the conflict in Palestine has been present ever since ancient times. This view has a long pedigree in linguistic bodies generated by the Occident and the fact that similar claims are made in native, that is, Israeli or Palestinian discourses (mainly to fuel nationalism) makes this analysis even more anchored into these frameworks. However, within academic circles, consensus exists concerning the fact that the clash only recently emerged. The subject – historiographically – is often approached as beginning with the rise of Zionism in the late-nineteenth century. Jewish migration to the Holy Land (permitted by Great Britain) then exacerbated the problem.

Besides, and perhaps due to the ancient character attached to the conflict, the battle between Israel and Palestine is regularly framed as rooted in nationalist or religious fanaticism. The war is constructed as a byproduct of widely supported and expanding far-rightwing factions (such as Hamas in Palestine and Zionist movements in Israel), wriggling like snakes around both peoples. In addition to this explanation focusing on nationalism, the battle in the Holy Land is often discursively constructed as caused by fundamental religious differences. Jerusalem, for instance, is considered the main goal for both groups, as it houses significant shrines for both Jews and Muslims. Although these analyses doubtlessly are correct to some extent, they foster a tendency to systematically regard the Orient as a place soaked with religious and nationalist fanatics, thereby opposing this ‘backward’ area and its inhabitants with superior secular and postwar Western culture.

Moreover, by portraying the conflict as rooted in ancient religious and nationalist fundamentalism, that is, native matters, the West systematically obscures its own part in the creation of the Israel Problem. Indeed, it can be argued that the war in the Holy Land was caused by the West and, even, Israel can be considered a Western construction. Whether following the tracks of these arguments or not, it is logical (from a historical perspective) to assume that the war was mainly – though not exclusively – a pragmatic matter rather than one of culture, at least in its first phase. A fight for soil and water. After all, serious fights between Jews and Muslims only started after Jewish settlers seriously started to compete with Palestinians for land.

In short, instead of depicting the Israeli-Palestinian conflict as an ever-enduring foreign battle as normative Western discourse tends to do, we should rather approach this clash from a broader international perspective, so as to prevent a historically incorrect view of a conflict dangerously deemed to be infinite. By considering the fight in the Holy Land as a struggle rooted in pragmatic concerns, something which the West at least partly created, discourse will be fairer. Besides, it will focus more on the recentness of the conflict, thereby sparking a sense of hope for a (quick) solution in the future and liberating us from the ‘shackles of endlessness’ tightened by conventional assumptions.