The Iran Nuclear Deal: Past, Present and Future 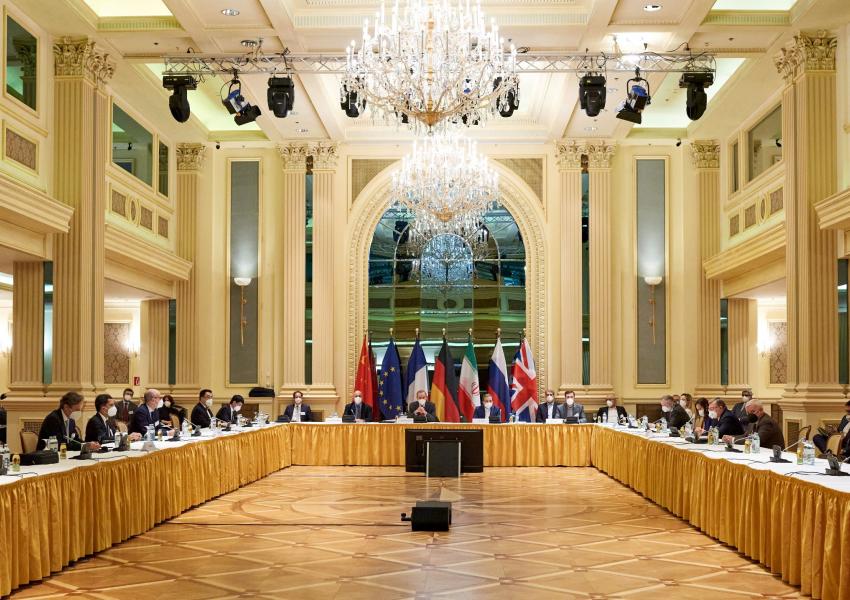 The development of Iran’s nuclear programme was affected by both international agreements and supranational control. Iran is a signatory to the Non-Proliferation Treaty and its nuclear programme came under heavy surveillance of the International Atomic Energy Agency (IAEA). As rumours grew of Iran’s illicit and potential military use of the nuclear programme, the IAEA brought the case forward at the United Nations Security Council in 2006, resulting in the implementation of economic sanctions on Iran. A nuclear deal was struck between Iran and the international community in 2015, but the subsequent presidencies of Donal Trump and Joe Biden altered the course of Iran’s nuclear future. This article seeks to explain the lead-up to the 2015 Joint Comprehensive Plan of Action – the nuclear deal –, analyses the latest rounds of contemporary negotiations and indicates possible future outcomes.

Between 2006 and 2008, various attempts were made to conclude a deal that would suspend Iranian nuclear activities, but of no avail. Iran continued to defy the orders and resolutions of the UN Security Council by arguing that its peaceful enrichment programme posed no serious threat to the international community [1]. These efforts were again discussed at the 2007 G8 meeting in which world leaders expressed their concern over Iran’s nuclear programme and Iran’s unwillingness to focus on these issues. The members of the G8 urged Iran to comply with previously adopted UN Security Council Resolutions designed to adjourn Iran’s enrichment and reprocessing capabilities, continue to commit to the non-proliferation agreements and allow for a constructive nuclear negotiation with the P5+1 – China, France, Russia, the United Kingdom, and the United States plus Germany. Between 2011 and 2015, the IAEA reported on numerous occasions that Iran was avoiding the Agency’s questions on the weaponization of its nuclear sector. In 2013, after some decades of animosity, a decrease in trust on both sides and escalating tensions, the President of Iran’s Atomic Energy Organisation signed a ‘Joint Statement on a Framework for Cooperation’ in Tehran with the IAEA and the P5+1 [2]. The agreement was centred around creating dialogue and cooperation between the IAEA and Iran in order to ensure Iran developed its nuclear programme for peaceful means. By resolving any remaining issues which had not yet been solved by the IAEA, such as verification of particular sites and the disclosure of sensitive information regarding mines, heavy water production plants, new research reactors, information on possible locations for future nuclear plants and possible future technologies, both parties attempted to overcome existing issues [3].The agreement implemented most of what IAEA director-general ElBaradei had already indicated in 2003, with the inclusion that Iran was now allowed to enrich low levels of uranium for solely peaceful purposes [4]. This ensured that the P5+1 and the IAEA got a role in Iran’s nuclear decision-making. All the diplomatic efforts, discussions and conflict over Iran’s nuclear programme climaxed with the signing of the Joint Comprehensive Plan of Action (JCPOA) in 2015. The deal would eventually lift economic sanctions in return for the gradual dismantlement of Iran’s nuclear programme and increased international observation for at least a decade, after which certain restrictions would be cautiously lifted.

One of Donald Trump’s most crucial campaign promises was to reinvigorate – in his perception – flawed agreements. Arguing that the JCPOA was a “horrible one-sided deal” that “didn’t bring peace and it never will”, President Trump declared in May of 2018 that the United States would withdraw from the Iran nuclear deal. Internationally, confidence in the US president dwindled as European allies sought to do whatever lay in their power to convince the US administration of the benefits of such a deal. In 2019, as a response to what Iran saw as breaches of the agreement by the US and its allies, Iran started to increase its amount of low-enriched uranium beyond the maximum permissible amount as negotiated in the deal. After the targeted assassination of Qasem Soleimani, commander of Iran’s Quds Force, in 2020, and subsequent attacks on the Natanz nuclear site, Iran announced it would not limit its uranium enrichment at all and restricted the IAEA’s ability to inspect its nuclear facilities.

Already before the 2020 presidential elections, Joe Biden declared that the United States would rejoin the nuclear agreement with the goal of initiating future negotiations [5]. Iran, first dismissing Trump’s attempts at re-negotiations, stated it was willing to adhere to all previously determined obligations if the US would do likewise [6]. New rounds of talks were initiated in Vienna in the beginning of 2021 with the goal of re-connecting the US and Iran and ensuring both comply with the 2015 nuclear deal. According to experts, the talks were fruitful but have yet to result in a final agreement as disagreement persists over the degree of sanctions relief by the US and the appropriate nuclear steps to be taken by Iran. On the 24th of May, the latest round of talks took place in Vienna. Although previously subject to doubts, the IAEA and Iran have extended the monitoring deal that gives the Agency permission to analyse the footage of security cameras inside Iran nuclear facilities by one month, thereby avoiding a new crisis that would thwart future talks. At the end of the month, a new extension will likely be discussed. Iran’s Supreme National Security Council released a statement saying the agreement has been made “so that negotiations have the necessary chance to progress and bear results.” Iran’s Parliament had previously passed a law that annulled an earlier agreement on the IAEA’s capabilities to monitor suspected nuclear activities inside Iran. Nevertheless, a full revival of the nuclear agreement remains unlikely in the short-term, especially as presidential elections are due in Iran on June 18th. With the talks continuing, albeit not directly with the US, with whom Iran refuses to have direct talks and therefore negotiates through intermediaries, the future of the 2015 nuclear deal remains shrouded in doubt and uncertainties. Although Russia’s most senior negotiator, Mikhail Ulyanov, stated that a deal was “within reach”, US Secretary of State, Anthony Blinken, stated on Sunday the 23rd of May that he has yet to see Iran comply with its nuclear commitments before considering removing existing economic sanctions. Additionally, Chinese president Xi Jinping spoke to Iranian president Rouhani and expressed his support for Iran’s “reasonable demands.” Enrique Mora, the EU official coordinating diplomatic efforts during the talks in Vienna, stated that substantial progress had been made but there remained “things” to work on. Nevertheless, he was “quite sure that there will be a final agreement, not far from here.” However, Israel – who is not directly included in the negotiations –  already declared its intent on taking unilateral actions against Iran, as  the country’s nuclear programme “concerns our very existence,” according to Prime Minister Netanyahu. Israel has been critical of the nuclear deal since the outset. Allegdly, the country  is also behind the assassination of Iranian nuclear scientists and the recent attack on Natanz, where Iranian centrifuges, used in the enrichment and refinement process of uranium, were extensively damaged. Iran has called the attack an act of “nuclear terrorism.”

To conclude, the confirmation that all sides involved in the 2015 nuclear deal are willing to move forward points towards a possible future re-instalment of the deal from which the US unilaterally withdrew in 2018. Some steps in the right direction, such as extending the agreement that allows the IAEA to monitor nuclear activities, have been taken, but differences remain. Furthermore, opponents of the deal will likely express their dismay as a final agreement comes closer, possibly flaring geopolitical tensions. Nevertheless, those currently negotiating have expressed their confidence in a favourable outcome in the end. As it remains to be seen what a new agreement will look like,  this topic continues to be crucial for understanding wider security related issues.

[3] Joint Statement on a Framework for Cooperation’, 1–4.