The Forgotten War: A Congolese Tragedy 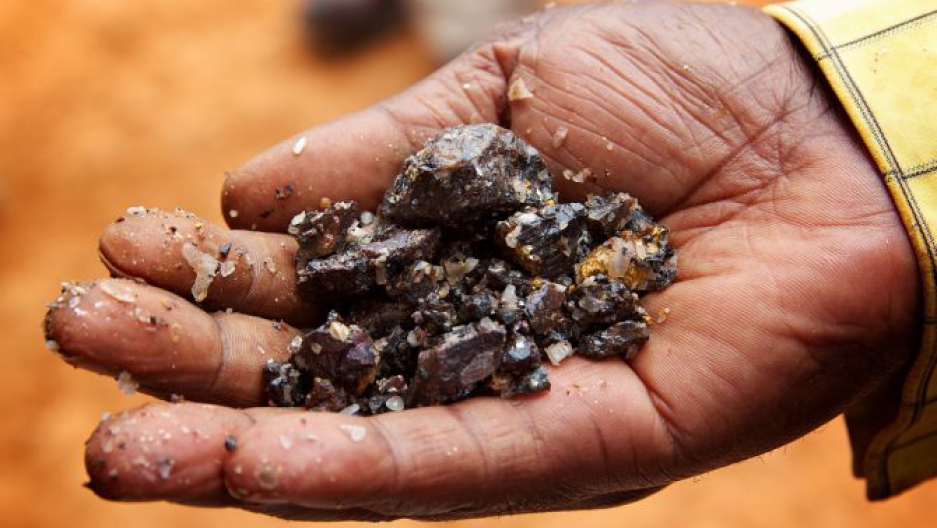 Last month at least a dozen people were killed in an overnight raid on a village in the eastern part of the Democratic Republic of the Congo (DRC). The attack is blamed on the armed Allied Democratic Forces (ADF) by a witness and monitoring civil rights groups. Moreover, two months ago, suspected ADF fighters decapitated at least eight people in Boyo village, in the northeast province of Ituri, while two others were shot dead in Kainama village.

What has been going on in the Democratic Republic of the Congo?

Congo has been a violent, unstable nation ever since the genocide in Rwanda, a neighboring country, took place in 1994. Between 1996 and 2016, it is estimated that 6 million people lost their lives as a result of ethnic strife, civil war, and foreign intervention, as well as starvation and disease in DRC (John Baylis, 2016). The United Nations estimates there are currently 4.5 million internally displaced persons in the DRC, and more than 800,000 DRC refugees in other nations.

This tragic present finds its roots in what is known as the “forgotten war”, or sometimes called Africa’s World War. How did all of this start?

In 1996 the conflict and genocide in neighboring Rwanda spilled over in the Congo (which was named Zaire at the time). Rwandan Hutu forces, who fled after a Tutsi-led government came to power, set up bases in the east of the country to launch attacks on Rwanda. This resulted in Rwandan forces evading the Congo with the aim of ousting the existing government of Mobutu Sese Soko and putting in power their own government under Laurent-Désiré Kabila. This was achieved in May 1997. Kabila fell out with his patrons in August 1998, yet Rwanda and Uganda still initiated a rebellion designed to overthrow him. This led to further intervention, this time by Zimbabwe, Angola, Namibia, Chad, and Sudan (John Baylis, 2016).

Although a ceasefire was signed in 1999, fighting continued in the eastern part of the country. In January 2001 Laurent-Désiré Kabila was assassinated and replaced by his son, Joseph Kabila. The new president failed to consolidate control over the central African nation. However, he succeeded in growing massively rich along with his cronies, by redirecting state funds for personal gain and accepting bribes from foreign mining companies. He served as president of the Democratic Republic of the Congo between January 2001 and January 2019. Now he has been succeeded by president Félix Tshisekedi, in the first peaceful transfer of power in the DRC’s history.

During Joseph Kabila’s terms, people in DRC continued to suffer despite negotiations. Up until 2003 fighting continued. This was partly due to ethnic divisions, but also because of the continuing occupation of foreign troops, who often engaged in illegal mining of minerals and diamonds (John Baylis, 2016).

Negotiations designed to broker a peace agreement eventually led to the Pretoria Accord in April 2003. As a result, some of the foreign troops left, but hostilities and massacres continued, especially in the east of the country, as rival militias backed by Rwanda and Uganda continued to fight and plunder the resources of the DRC (John Baylis, 2016). While estimates vary greatly, the death toll may have reached over three million people for the time period 1998-2003.

In the following decade, the continuing conflict among foreign troops and militias had created even more grave repercussions for the people of the Congo. Their fighting led to serious refugee crises and civilian deaths. In October 2012, the UN produced a report that Rwanda was directly controlling one of the main militias (M23) in eastern Congo. In September 2015, the International Criminal Court (ICC) in the Hague charged Bosco Ntaganda, one of the leaders of M23, with murdering 800 civilians, together with rape and and the recruitment of child soldiers (John Baylis, 2016).

Amidst the groups which have been fighting in this perpetual conflict, one group inflicts more damage than the others. The Allied Democratic Forces is an Islamic rebel group located in the mountainous DRC-Uganda border area. The ADF was first formed in 1995, from an unusual partnership between radical elements of Uganda’s Tabliq Muslim sect and a group of Bakonjo fighters left over from the secessionist Rwenzururu movement, who rebranded themselves as the National Army for the Liberation of Uganda (NALU).

Since the conflict started, the ADF has operated and committed violence in both Uganda and the DRC’s North Kivu province near the border with Uganda. While repeated military offenses with other militias against the ADF have severely affected it, the ADF has been able to regenerate because its recruitment and financial networks have remained intact (Beevor, 2019).

How did Uganda and DRC react to ADF? The Ugandan military responded with a series of uncompromising military operations. By 2003, the ADF’s number had dropped from the thousands to the hundreds, and they were forced to flee across the border into the predominantly Nande areas of North Kivu. According to the United Nations Group of Experts on the Democratic Republic of the Congo’s 2013 final report, in 2013 the ADF had an estimated strength of 1,200 to 1,500 armed fighters.

Meanwhile, in the DRC (then Zarie) the ADF was mostly left to its own devices, if not periodically supported by the government in Kinshasa, the capital of DRC. Mobutu Sese Seko saw the group as a useful force against Ugandan incursions into the country and was happy to give them weapons and intelligence. His successor, president Laurent-Désiré Kabila appeared content to give the ADF free range of the borderlands, or at least made very little effort to contain it.

This left the ADF free to engage in advantageous, short-term partnerships with other rebel groups, to benefit from illicit border trade and to court the support of international actors. Sudan, for example, regularly sent the ADF arms and funds.

The harm is done by multiple actors who either inflict or enable this type of violence.

The DRC’s massive resource wealth, which is estimated to include $24 trillion of untapped mineral resources, includes cobalt, diamonds, gold, and coltan, has been the source of conflict since it was discovered. It should be mentioned that coltan is a highly valuable ore containing the heat-resistant element tantalum, used to make the circuit boards in smartphones, laptops, and other electronic devices. And as it is with countries rich in non-renewable resources, this led to a race of acquiring resources for smartphones, which is done by using child labor.

It is with these facts in mind that we understand how and why the money made out of extraction is used to fund both rebel factions and the DRC military. These mining companies participate in these conflicts indirectly by buying mineral resources, and directly by investing in the Congolese mining industry.

This however should not mean that there were no efforts to stop this unethical and unlawful profit. The United States, under president Obama, passed legislation in 2010 to reduce the purchase of “conflict minerals” and prevent the funding of armed militias. In 2016, US hedge fund Och-Ziff Capital Management was hit with a record fine of $412 million for bribing president Kabila for mineral concessions.

In the same year, Amnesty International shed light over these awful conditions, accusing Apple, Samsung and Sony of failing to do basic checks over where their smartphone metals are sourced from. What is more, in 2019, Apple, Google, Dell, Microsoft and Tesla have been named as defendants in a lawsuit filed in Washington DC by human rights firm International Rights Advocates on behalf of 14 parents and children from the Democratic Republic of the Congo. The lawsuit, which is the result of field research conducted by anti-slavery economist Siddharth Kara at the Guardian, accuses the companies of aiding and abetting in the death and serious injury of children who they claim were working in cobalt mines in their supply chain. I highly recommend reading the lawsuit, as it is publicly available here. Though, I should mention that it contains graphic pictures that show the harm done to children.

Sadly, these efforts were not enough. An article published by the Washington Post exposed the consequences of the 2010 anti-conflict minerals legislation. The complex nature of the supply chains in the DRC mineral sale business have made it difficult for companies that purchase resources from second hand buyers to obtain proper certification. As a result of it, mining companies have stopped buying minerals from the DRC altogether. This set off a chain of events that has further pushed millions of miners and their families deeper into poverty.

By stopping the mining business, the unintended consequences were that many miners were put out of work and somewere driven to join armed groups to gain a source of livelihood. Furthermore, as of 2020 children in the DRC still continue to work in the mines, where they earn just $21 weekly and work constantly with no day off.

The anti-conflict minerals legislation came from a good place, but its unintended consequences have worsened the lives of people in DRC.

When will this “forgotten war” end? It is not clear. What is clear is that the people of DRC have been in a conflict for more than 20 years. Not only this, but as shown before, this Lernaean hydra of issues cannot be solved with one policy change. Cut one head, such as signing a peace agreement to stop state sponsored conflicts, and another head grows, such as militias taking over in the following decade. Stop companies from buying minerals and even worse poverty follows. It remains to be seen what combination of policies, military effort, and international help will aid the Democratic Republic of the Congo in defeating this hydra.

The Globalization of World Politics: an Introduction to International Relations (2016) 7th edition, co-edited with John Baylis and Steve Smith

Image source: Why Corporate Minerals From the DRC Are Conflict-Minerals by Lora Cirhigiri   02/02/18