THE EU STRATEGY OF DEALING WITH IRAN: AN EXAMPLE OF APPEASEMENT POLITICS? 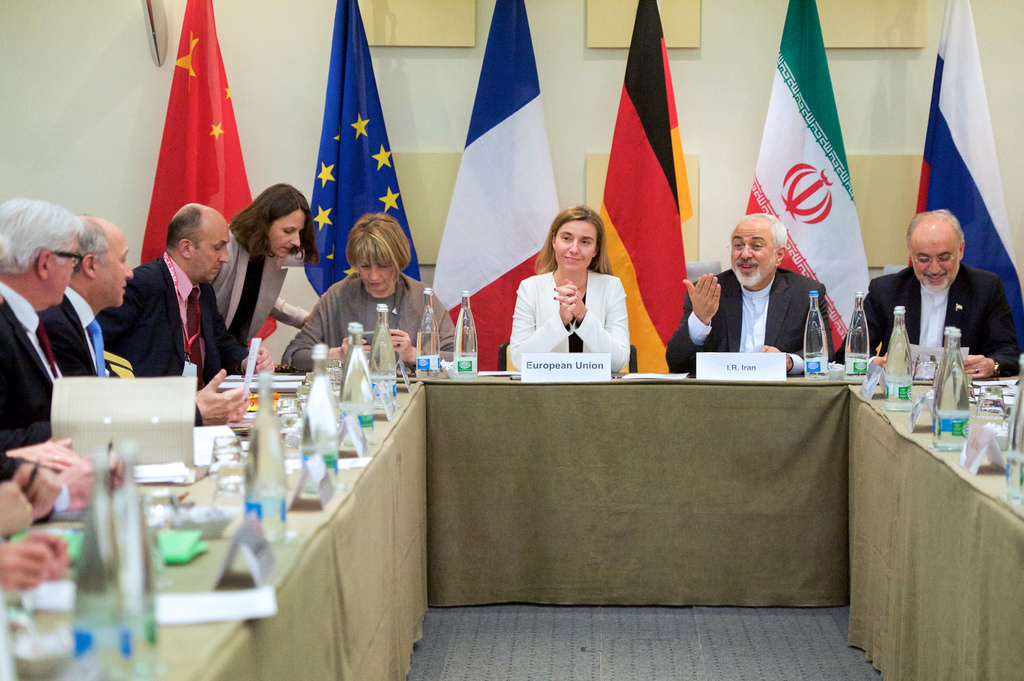 Earlier this month, the Dutch cabinet publicly accused Iran of involvement with two murders on Dutch soil, and asked for EU sanctions to punish some of Iran’s officials for it. However, many people regard the sanctions as weak and as ‘symbol politics’. How come the Netherlands does not act out harshly against Iran, like it did against Russia in response to the cyber-attack on the OPCW? Is this an example of an appeasement strategy? And what does this have to do with the Iran nuclear deal (JCPOA)? In this article I will shed some light on these questions.

To the surprise of many, the Dutch ministers Blok and Ollongren made a public statement about Iran’s involvement with two murders on Dutch soil in 2015 and 2017. The victims of both attacks were opponents of the Iranian regime. In reaction to the Iranian involvement with these murders and other violent actions on European soil, the EU has imposed sanctions on the Iranian intelligence services and two of its officials. Even though minister Blok declared that this is an ‘exceptionally hard signal to Iran’, some people regard the sanctions as rather soft measures and wonder why the EU does not act out in a strong manner against Iran.

The JCPOA: still worth keeping up?

This cautious reaction of the EU has everything to do with the JCPOA, or the Iran nuclear deal. After the US unilaterally backed out on this agreement last year, the EU is putting much effort in sustaining it. Since there is no proof that Iran is not sticking to its part of the agreement, there is no reason for the EU to withdraw from it. However, not everyone agrees with this strategy, as there is also quite some criticism on the JCPOA. For instance, Giulio Terzi di Sant’Agata, former Italian minister of Foreign Affairs, arguesthat the JCPOA does not stop Iran from obtaining nuclear weapons. The deal contains so-called ‘sunset clauses’ which state that the restrictions on Iran’s uranium-enrichment and plutonium reprocessing will lift after ten to fifteen years. This means that after these years, Iran is free to develop its nuclear programme further and as a result, it would be able to quickly move on to actually producing a nuclear weapon when it feels the need to do so. Therefore, the JCPOA can be seen as a deal that merely provides economic benefits for Iran and simply means a delay in its nuclear programme, instead of preventing Iran from obtaining nuclear weapons at all.

However, as High Representative/Vice President of the European Commission Federica Mogherini argues: do we have a better alternative for keeping Iran in check and preventing a nuclear arms race in the Middle East? By means of this deal, we have an opportunity at keeping an open dialogue with Iran and imposing consequences if they do not stick to their side of the deal. Nevertheless, it is worth questioning whether this diplomatic strategy of keeping the deal in place helps to tone down the power-expanding ambitions of Iran. Or is it rather an appeasement strategy that, as we have seen in history, almost never leads to containing aggression? So, what is Iran up to?

Since its Islamic Revolution in 1979, Iran is regarded as an unpredictable threat to countries in the region and to the Western world, especially the US. In turn, Iran feels threatened by these countries, that failed to support them in the Iran-Iraq war (1980-1988). Additionally, it is threatened by separatist movements within the country and citizens that are opposed the regime.Iran sees itself justified to prosecute and/or use violence against them, even outside of its own borders; the murders on Dutch soil are an example of this. However, Iran perceives the biggest threat to its survival coming from countries in the region, such as Israel and Saudi-Arabia. As these countries receive (nuclear) support from the US, Iran feels the need to develop a nuclear weapon of its own to use as deterrence against them.

In line with this, Iran works hard on improving its ballistic missile programme. The US and the EU are worried about this, as these types of missiles are typically used to fire nuclear heads. However, it seems that Iran is mostly improving the accuracy of its missiles rather than their range distance. This would point to Iran’s intention of using its ballistic missiles as conventional weapons to protect itself in the region, instead of using it to become a global nuclear threat. In addition, it seems unlikely that Iran will use a nuclear weapon as a weapon of first instance; likely, it will only use it when it is attacked. Part of the reason for this is that an Iranian attack on another country will doubtlessly immediately result in (American) retaliation actions. Therefore, the nuclear threat that Iran poses seems manageable, particularly when protected by JCPOA measures. As a result, the risk that appeasing Iran now will lead to a more dangerous Iran in the future does not seem very large.

The role of the JCPOA in preserving peace

However, the JCPOA takes up an important part in this as it gives Iran an incentive not to develop nuclear weapons and makes it possible to keep a close watch on Iran’s nuclear programme. A big risk of Iran obtaining nuclear weapons lies in the instability in the region; other Middle Eastern countries might feel the need to start a nuclear programme as well. In addition, if the JCPOA falls apart and all sanctions return into force, this will lead to more dissatisfaction among the Iranian population which might also endanger the stability of the country and the region. Simultaneously, the JCPOA helps to keep Iran’s behavior in check, for it seems that Iran has acted less aggressively in the region since the start of the JCPOA in order to not provoke the US. Therefore, it certainly makes sense that keeping up the JCPOA is the EU’s priority at the moment.

For these reasons, it might be better not to act out against Iran too harshly and to keep the bigger goal in mind: keeping the dialogue with Iran open and preventing the development of an Iranian nuclear weapon. That is exactly what diplomacy boils down to: knowing when you have to act and when you shouldn’t. Sometimes keeping the dialogue open is better than acting immediately to right another’s wrongs, even when your gut tells you otherwise.