THE ENDURANCE OF THE ‘LAZY NATIVE’ MYTH; COLONIALISM’S GIFT TO GLOBALIZED CAPITAL 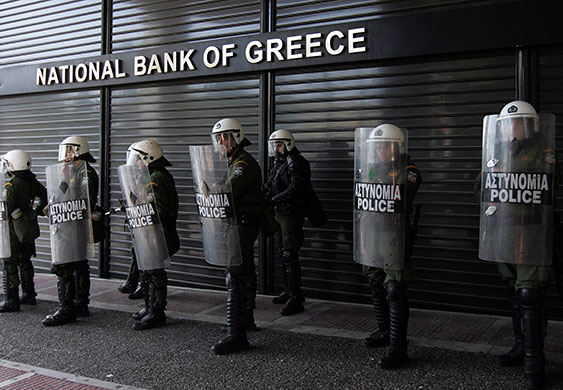 Amongst the plethora of conspiracy theories flung around by the present populist movements a common feature is that of a globalizing politician who somehow has the personal power and intelligence to manipulate vast, complex demographic shifts entirely for their own advantage. In these simplified narratives, demonic despots like Clinton and Merkel maliciously undermine cultural homogeneity in order to gain control of economies and undermine the power of local populations.

Well, to quote Polonius, this is madness, but there is method in it. The fantasy is the uniquely Machiavellian importance of individual politicians, and the reality is the inherent vice of globalized capital, which has indeed been used to undermine labour power by utilizing cheap foreign workers and products to render them useless. Workers around the world are reacting, often impotently, against a system that has forsaken them.

If the exploitation of often-oppressed foreign labourers is a weapon against one’s own workers, then the instruction manual for its use has always included the image of the ‘Lazy Native’. This image, built up according to S.H. Alatas’ book ‘The Myth of the Lazy Native’ into a bona fide truism, revolves around painting the unfortunate victims of rapacious top-down exploitation as the artists of their own exclusion [1].

Alatas’ book specifically covers the genealogy of colonial attitudes to native work habits in British and Dutch owned areas of East Asia, including Indonesia, the Philippines and Malaysia. It reveals a widespread contempt expressed by Europeans regarding the natives’ working habits. Malays and Javanese are characterized as indolent and unimaginative. Crucially, this pervasive image almost invariably justified imperial actions that would otherwise have appeared exploitative, namely the increased power of European stewardship – because clearly the natives could not be trusted with their own resources- and the mass importation of cheap foreign labourers to do the most menial and dangerous tasks, usually Chinese and Indians. These new labourers were seen as industrious and obedient, but also cunning and backward [2].

What Alatas makes clear however, is that such distinctions were both false and backhanded. The writers saw no contradiction is describing natives working conscientiously on their own property whilst also decrying their indolence. In some cases they also praised the mechanical prowess of Malay workers in European mines compared to the lowly Chinese coolies [3]. Thus the native’s perceived laziness lay only in their not-unnatural disinclination for working for their colonial masters rather than self-sufficiency. Thus the Lazy Native narrative can be characterized: to refuse to bow to the ruling class’s ideal work ethic is proof of indolence, to capitulate entirely is industriousness, and naturally the ruling class itself is exempt from this hierarchy of worthiness.

To this day much of the menial labour in Malaysia remains in the hands of Indian and Chinese migrants, often remaining, for all their hard work, in the same lowly social status as their ancestors. Businesses, often foreign-owned, still opt for these cheaper workers [4]. In the past, the resulting tensions caused by this pitting of poor on poor led to insurgency in colonial Malaya, and to a genocide in Indonesia, ostensibly targeting communism but mostly pogroming the Chinese [5]. The relationship was not always so extreme, but a resentful undercurrent persisted, the ‘natives’ feeling that contempt born of insecurity against those who could undermine them, and the ‘migrants’ against those they saw as lazy exploiters. Still lost from this antagonism was the actual oppressor far above.

In a globalized world, the Lazy Native strategy has been utilized far beyond post-colonial nations. In the Gulf States a long-running mixture of easy oil revenue and a disempowering strategy of employing foreign workers in often slave-level conditions has created not only an entrenched caste system but also an image of native Arabs as lazy, non-industrious people, incapable, and thus unworthy, of controlling their own resources. The resultant anger that often arises from said natives only strengthens their case, and the dire treatment of the foreigners serves mostly to condemn these natives, no matter how powerless they are [6].

Filling jobs with powerless foreigners thus robs the local population of the political leverage to demand change, whilst also placing the focus of its anger upon the supposed usurpers. Today the Gulf Arab states are beginning to reap the results of fundamentally dislocating their own young population who are turning to other sources of authority and meaningful enterprise in a radical way [7].

In the case of Greece the defamation of a people has served the interest of beautifying callous and unsustainable economic policy. Deflecting attention away from their own arrogant incompetence, and the obvious suffering inflicted upon the Greek people, Northern European elites made sure to accompany their actions with a barrage of damning, and inaccurate [8] slanders against Greek capacity for work and responsibility. Such a picture made the imposition of austerity and heavy taxes targeting the worst-off appear less self-serving and cruel than it so clearly was. The dehumanizing effects of this narrative came to a head this year when Greek police tear-gassed protesting pensioners, a vile act that nonetheless inspired little alarm in the so-called civilized North [9]!

Even the post-colonial West is experiencing the backlash generated by populations who have been undercut by exploited foreign labor, and simultaneously mocked for their inability to compete. Brexit and the Trump victory in America attest as much to an anger at being culturally insulted as well as economically broken, and sadly the focus of their anger has largely fallen on the exploited not the exploiters.

Globally, the backlash against this systemic failure is written off as the parochial, backward, fickle reaction of lazy, stupid masses against enlightened policy. But the elites responsible must wake up to the fact that, unlike one small colony, the global underclass cannot be fooled simultaneously forever. The key to challenging their portrayal is for those many victims of globalization to avoid parochial tendencies themselves, and increase solidarity.

Summary: The false and contradictory myth of ‘lazy’ South Asian natives that was once used to justify colonial uprooting has remained and metamorphosed into a general tactic of painting the victims of exploitation as their own oppressors whilst justifying undermining them further. As many in the world react to this pattern, they must overcome the presentation of them as lazy malcontents by those who have placed them there.