The End of an Unhappy Marriage or the Beginning of One? Biden’s Pronouncement to Withdraw Troops from Afghanistan 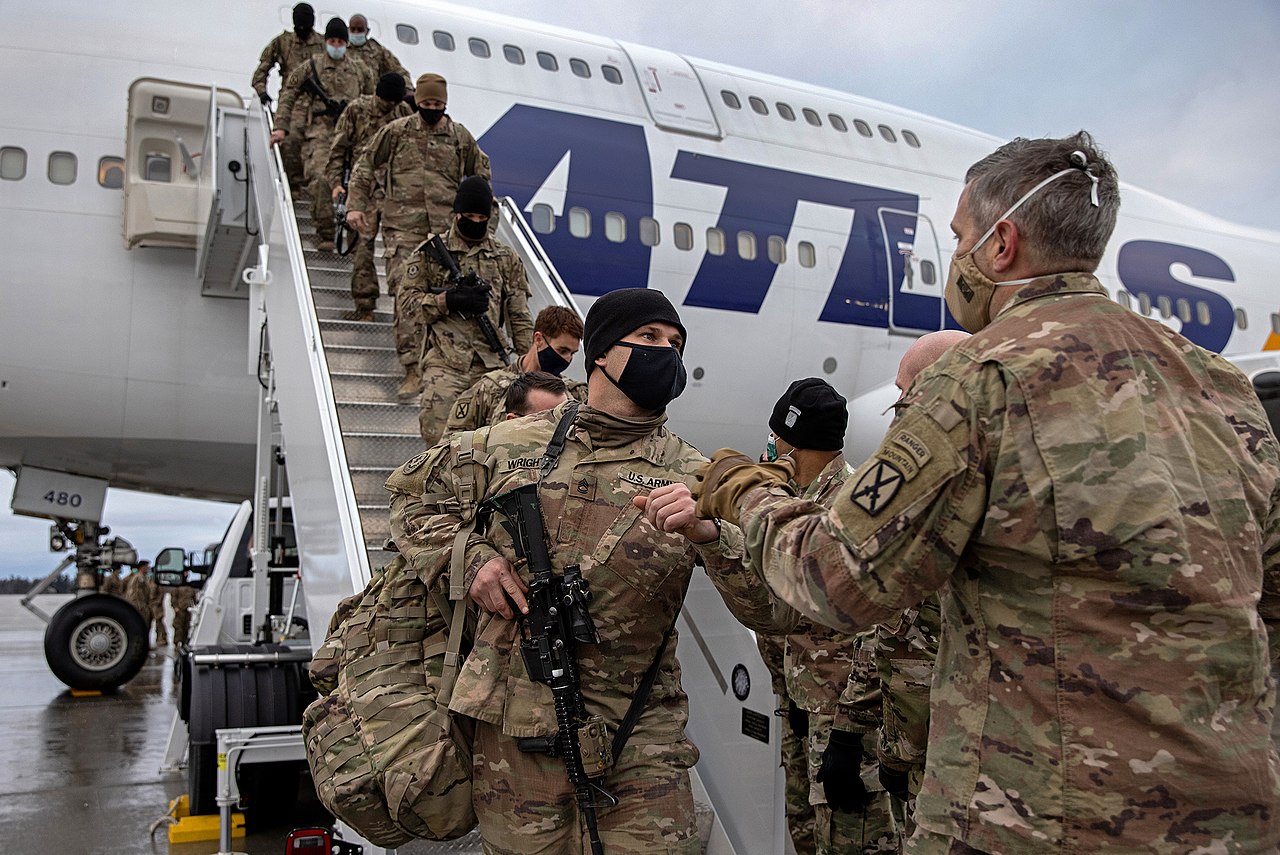 American presence in Afghanistan has been a point of diplomatic and civil contention for years. Starting with the invasion of Afghanistan by the United States (U.S.) in 2001, American troops have been present in the war-torn country as a part of the large-scale so-called ‘War on Terror’ efforts. With the ultimate goal of weakening al-Qaeda and dethroning the Taliban, the Bush administration sparked a war that has lasted over 20 years. The ongoing conflict took the lives of over 500.000 people and led to nearly $1 trillion in military expenditure [1]. Although the war had no prospect to end for a long time, the political courage of the Biden Administration to withdraw all American troops by the 20th anniversary of 9/11 raises several questions with implications for security on national, regional, and international levels. The U.S. has not managed to strengthen the Afghan government to the extent where it can stand on its own legs and violence continues to persist in the country which leads to questions revolving around the future of Afghanistan post-troop withdrawal. Will the country spiral back into a civil war? Will the current Afghan government headed by President Ashraf Ghani be able to retain peace? Is the alleged higher threat of terrorism on American soil justified? And will the current democratization process imposed on Afghanistan by the U.S. and other NATO member states continue? While Hillary Clinton is quick to denounce U.S. troop withdrawal by the Biden Administration, various political, terrorist, and non-state group analysts assert departure of American troops is the only viable way forward.

In terms of U.S. withdrawal, it is unlikely the country will immediately spiral back into chaos, but it is a situation requiring close examination in the long-term. Suppose the Taliban regains power consequential to departure of U.S. troops and the fragile incumbent Afghan government. In that case, the prevalent democratic facets of the country’s government may very well be undermined. This would lead to various changes in the political environment of Afghanistan, including a possible Taliban struggle against the Afghan government which could result in government collapse, civil war, and a subsequent stream of refugees towards Europe. An additional point of concern is the potential increase in terrorism and extremism consequential to American withdrawal. However, the Biden Administration’s perhaps atypical narrative presupposes that this will not happen and that the country will continue to develop politically in the intended directions of increased democratization, improved security, and reduced levels of violence [2]. Moreover, the decision to withdraw comes at a time of global crisis, with tremors caused by the COVID-19 pandemic likely to continue to be felt for years to come and the consistent muscle-flexing of China and Russia opening up a new arena of policy- and decision-making as well as a different precedence of resource allocation for the U.S. government.

Although the Afghan government is regularly considered politically frail, its relationship with the U.S. is not inevitably severed upon the departure of the U.S. forces. An alternative American diplomatic toolkit may be the best possible course of action to protect American interests while assisting the Afghan government, where necessary, to remain in control and strengthen its buffer against potential Taliban grapples for power and al-Qaeda’s threats. Despite having posed an imminent threat for years, al-Qaeda in Afghanistan has weakened and splintered recently, thereby posing a less looming threat. Yet in stating this, the Biden Administration has decided to take a specific direction in terms of policymaking – that of different priorities – while both withdrawing from and remaining in Afghanistan can trigger undesirable consequences. There seems to be no inherent ‘better’ decision that can be made. In a CNN interview, Hillary Clinton, herself a long-time Democrat as is Biden, likewise argued for both staying and leaving having highly anticipated and inevitably unforeseen implications [3]. One such vital implication is ensuring the safety and security of Afghans who aided the NATO coalition troops through for instance providing temporary shelter, translating, or working as a guide in the often impassable, mountainous Afghan regions. This applies not just to the U.S. but likewise to other (NATO) states that have been or are still present in Afghanistan.

More concretely, al-Qaeda has not perpetrated any attacks on U.S. soil since 9/11 which the numerous American citizens and some outspoken liberal politicians, BBC reported, seem to understand as having a causal relationship with American national security from terrorism and extremism [4]. That is, withdrawal of American troops would, within this line of reasoning, make the U.S. less prone to attacks perpetrated by al-Qaeda affiliated groups. Yet the incessant threat of anarchists and white supremacists persists. From a military perspective, a top U.S. military commander proclaimed that U.S. counter-terrorism efforts against al-Qaeda and the like would be significantly complicated upon troop departure [5]. This is likely to be a prominent argument in American military circles due to U.S. bases being far away from landlocked Afghanistan – the closest ones being in Bahrain and the UAE. A concrete example of this threat became apparent on May 8th, 2021 when a blast in Kabul killed over 30 people just months after a suicide bomber killed 18 in the same neighborhood. No group has claimed responsibility at the time of writing, but the Taliban has strengthened its position within Afghanistan after Washington’s decision to withdraw. The Dasht-i-Barchi neighborhood has also known a great scourge of ISIS attacks, Afghan government officials proclaimed. In addition, although the Taliban promised to obstruct al-Qaeda from residing and operating in its controlled territory, this non-binding promise remains highly uncertain and there is no prospect on the extent to which this will be complied with. Despite this, the Taliban’s (potential) power seems to consist of a bigger catalyst for instability than does al-Qaeda’s highly splintered and disintegrated network of terrorist cells.

Ultimately both sides of the story – withdrawing or staying – seem to have pros and cons from a security perspective. This implies that neither alternative is necessarily better. Although it seems that with the decline of al-Qaeda’s influence and the rise of other imminent threats ranging from domestic terrorism in the U.S. to the rise of China and Russia as powerful counter-hegemons (ranging from economic espionage to sowing discord between the U.S. and its allies) the Biden administration faces alternative events toward which policies must be drafted and resources must be allocated. Furthermore, the fact remains that Taliban power has not significantly decreased during the 20 years of U.S. and NATO presence in Afghanistan, while the number of troops present in 2019-2021 lies much lower than at the apex of the Afghan War. This signals that even if the U.S. would continue to spend millions or even billions of dollars, risk human lives, and allocate time and effort to military presence in Afghanistan, the Taliban’s influence is unlikely to suddenly decline significantly. However, recent attacks have demonstrated Afghanistan’s current instability and imminent threat level of terrorist attacks remains high. From a human security perspective, U.S. withdrawal ultimately jeopardizes the already low level of stability in Afghanistan and raises pressing questions for a brighter Afghan future.

[2] Felbab-Brown, Vanda. “The US Decision to Withdraw from Afghanistan Is the Right One.” Brookings Institute, 2021. https://www.brookings.edu/blog/order-from-chaos/2021/04/15/the-us-decision-to-withdraw-from-afghanistan-is-the-right-one/.