THE DARK SIDE OF LIBERAL INTERNATIONALISM 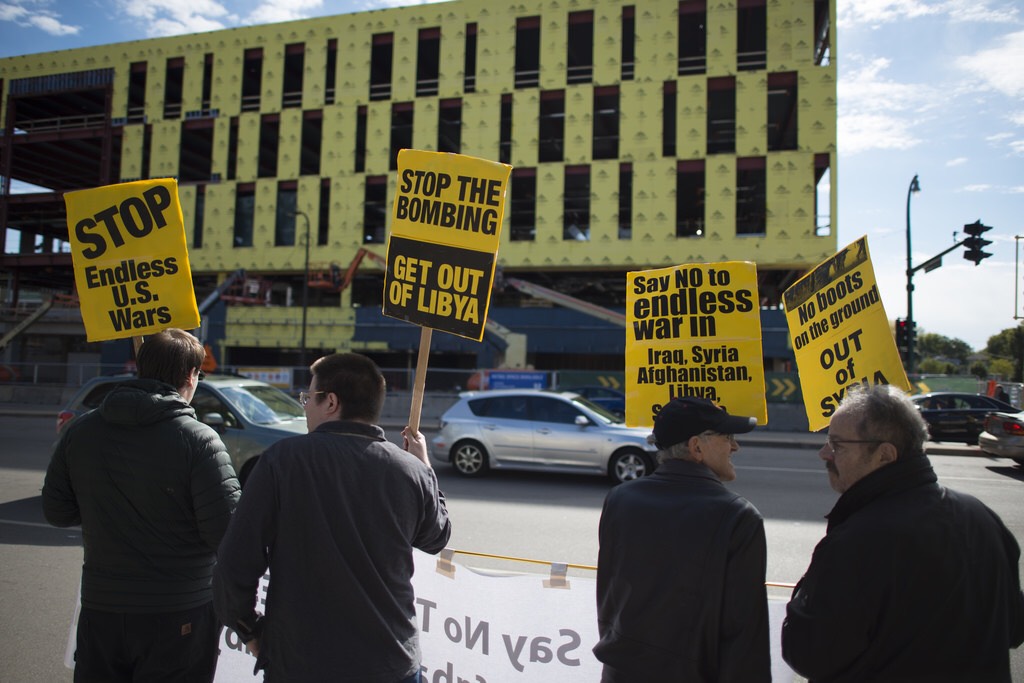 Liberal internationalism is in crisis and the West is in decline. Or so we are told, at least. Disruption among the P5 in the UN Security Council, leading to paralysis over Syria, proved telling for the shifting power configurations that supposedly undermine the liberal order. However, rather than talking of crisis and decline, we should seize the opportunity to engage in some critical self-reflection. Liberal internationalism has a dark side that non-Western countries know all too well, but is often overlooked in the West.

Liberal internationalism is typically understood as an open, rules-based order in which states cooperate to achieve common goals. Hence, it is considered to be an inclusive order, based on mutually agreed rules about cooperation that are embedded in a system of international organizations, and linked to outcomes of peace and stability. Liberal internationalism is widely regarded to have originated after the First World War, with the creation of the League of Nations. In the post-1945 decades, this order was consolidated, strengthened and expanded under U.S. leadership and the United Nations system. However, this overlooks the fact that liberal internationalism emerged as early as the 19th century as an exclusive order reserved only for Western states (‘the West’) that could be stabilized and protected from non-Western states (‘the Rest’) who were considered to be illiberal. Hence, liberal internationalism produced a highly unequal order (while destabilizing great power relations), characterized by imperial relations of dominance and dependence that justified deep interventions into the domestic affairs of others.[1] These aspects remain important features in contemporary international politics.

Liberal empire: ‘A rose by any other name’

Many would argue that post-1945 liberal internationalism has been broadly successful. In this narrative, the U.S. played a central role in the consolidation, strengthening and expanding of an open, rules-based order that resulted in peace and stability. Furthermore, the UN’s embrace of anti-colonialism expanded the ‘international community’ and confined imperialism to the dustbin of history. However, the UN system is the embodiment of great power compromise, arguably an empire by any other name as it is a revision to the League of Nations that was itself created to strengthen the British empire. In the 1950’s, it developed and implemented practices for ‘maintaining order’ and ‘protecting life’ that legitimated executive or indirect rule over the decolonized world.[2] Meanwhile, with the Security Council deadlocked over Cold War great power constellations, the U.S. embarked on modernization attempts in Latin-America through the covert enforcement of domestic change, the 1973 coup in Chili being the most obvious example. These attempts were not so much about the spread of liberal principles, but rather about coercing states into adopting a capitalist market-economy, which left a trail of instability and human suffering. The final blow, however, came with the failure on the part of non-Western states to deliver a New International Economic Order (NIEO), one that was to be entirely remade on Western terms. Hence, decolonization left non-Western states with little to bargain with.

The end of the Cold War failed to establish a stable settlement among the great powers. Instead, the UN took up more conditional attitudes toward sovereignty, expanding its powers and responsibilities under the name of humanitarianism. In Eastern Europe, EU and NATO enlargement involved democracy promotion that gradually destabilized the already fragile relations between the West and Russia, the results of which we have witnessed in Kosovo and more recently in Georgia and Ukraine. Following 9/11 and the ‘War on Terror’, the U.S. embarked on similar democracy promotion attempts in Iraq which destabilized the Middle East and prompted the rise of ISIS, leaving the region in a state of destruction. These developments depict how imperial temptations continue to perpetuate dynamics of conflict and instability.[3] In becoming different pathways to enforce domestic change, humanitarianism and (now) the Responsibility to Protect (R2P) further enable intervention and the persistence of relations of dominance and dependence.[4] The Libya intervention in particular disrupted already fragile parts of North-Africa, providing new breeding ground for Al-Qaeda and ISIS, which triggered yet another intervention in Mali. Similar interventionist dynamics can now be observed to counter the migration ‘threat’ so as to protect and stabilize Europe. But it was the Libya intervention that eroded the trust of China and Russia, a trust already undermined by the displeasing outcomes of the Cold War and U.S. policy in Kosovo and Iraq. UN Security Council paralysis over Syria is in this respect part of deeper, more fundamental power shifts taking place in liberal internationalism. I would like to emphasize, however, that non-Western objections to intervention in Syria (or elsewhere) do not reflect a love for authoritarianism or an indifference to the rights of individuals, but rather the fact that non-Western countries have long and bitter memories of earlier intrusions into their domestic affairs.

What to make of liberal internationalism?

In short, with respect for important improvements and readjustments along the way, liberal internationalism remains vulnerable for imperial temptations. However, responsibility for both past and present violence is systematically deflected by liberals as reluctant yet necessary attempts to save peace and stability from an endless loop of presumed illiberal threats in which any connection to illiberal behaviour is ruled out by definition.[5] This downplays liberalism’s close connection to human tragedies and its profound inability to deal constructively with illiberal forms of politics. Hence, rather than talking crisis and decline, we should recognize this darker side of liberal internationalism by engaging in a critical self-reflective politics, to prevent an incomplete, and at worst hypocritical, view of its logic. In other words, we should approach ‘the rise of the Rest’ as an opportunity to do some serious soul-searching,[6] as we are again witnessing attempts by non-Western states to create a more pluralist ‘international community’ that accommodates cultural and political diversity. As Mark Mazower eloquently put it, “this shifting configuration of forces may provide some much-needed intellectual reinvigoration, an end perhaps not only to centuries of the West’s global dominance but also to the mental laziness that accompanied it”. Whether we will be able and willing to engage in such critical self-reflection remains to be seen.

[2] Mazower, M. (2012). Governing the World: The History of an Idea, 1815 to the Present. New York: Penguin Group. Orford, A. (2011). International Authority and the Responsibility to Protect. Cambridge: Cambridge University Press.

[5] Ringmar, E. (2013). Liberal Barbarism. The European Destruction of the Palace of the Emperor of China. Basingstoke: Palgrave MacMillan. [3] Morefield, J. (2014). Empires without Imperialism.