THE CROSSROAD IN THE EU’S SECURITY STRATEGY 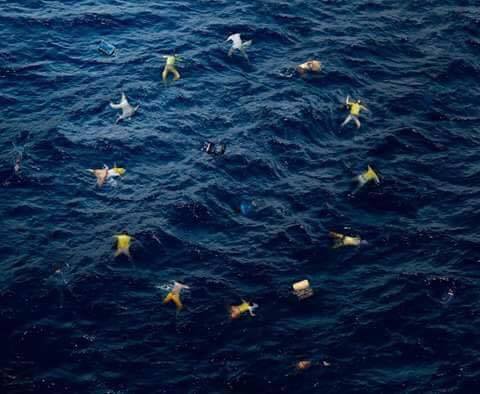 Since 2015 the European Union has seen a large influx of refugees due to ongoing wars in Syria, Iraq, Afghanistan and Northern Africa. This refugee crisis resulted in thousands of deaths on the Mediterranean Sea and over 1.2 million refugees making it to the EU in 2016 alone. It has become the newest example of the European Union’s incapability in dealing with security issues. Whether it is a common security strategy, a European Union army or human security issues, the EU shows a lack of adaptability to new crises. This incapability stems from several reasons and, without major changes, will remain a problem in the future. How can this weakness ever be turned around?

Administrative difficulties due to different interests

First of all, the European Union has never been able to completely form a united front in the area of (human) security issues. Even though the Maastricht Treaty committed EU-members to “define and implement a common foreign and security policy … covering all aspects of foreign and security policy” barely anything happened on this topic until 2003. By then, the attacks on 9/11 and the Madrid bombings showed the urgent need for a joint security strategy, so the EU came up with a document called ‘A secure Europe in a better world’. However, this document shows little proof of understanding the need for both a strong internal and external strategy. Overall the document commits the members to nothing more than cooperation without integration, a problem in the current light of the refugee crisis.

A second problem is the absence of federal borders that come with a state. The external EU borders mark a customs union and an internal market. Its main drivers are thus economic. The border was not meant to be a border stopping massive influxes of refugees. The Schengen-agreement has further weakened the penetrability of the EU. There are no border patrols inside the EU (apart from a small amount of temporarily instated ones in 2016). Refugees, and in their midst violent jihadists, can to some extent roam freely throughout the EU, creating instability at best and havoc at worst.

A third problem is the absence of the right quick decision-making instruments to tackle acute crises such as a sudden conflict or refugee crises. The decision-making process of the EU is extremely slow, which often is an advantage because in this way all interests can be taken into account, but in the light of an acute crisis can worsen it due to its slow progress. The hurting of Italy and Greece by a massive influx of immigrants was already done before the EU even understood what happened and could respond. On top of that, the decisions that are being made are sometimes strange and extremely bureaucratic, due to the administrative nature of the EU. The Netherlands for instance was supposed to take up 7.214 + 2.047 refugees. This may make sense in the eyes of a bureaucrat from Brussels, but to the public these strangely specific numbers almost look like fishing quota.

The above-mentioned problems stem, of course, from national interests and questions on sovereignty. The EU always incorporated three major players that are wary of handing over autonomy (France, Great Britain and Germany) because they are the most influential players in Europe. This is why certain agreements, including agreements on the refugee crisis, are not always adhered to. Plenty of ratified agreements compel EU members to take good care of refugees. Calais is an example where the French government deliberately did not adhere to the rules, as a means of deterrence and adjourning the problems to other member states that do take care of lots of refugees. So much for fraternité among EU members.

(Current) European approach not the answer

Europe is a brilliant powerhouse when it comes to policies on trade, economic competitiveness, agriculture and regulating the financial sector. However, as put by political scientist Pijpers; “a ‘European approach’ says just as much as an ‘African approach’ tackling hunger, poverty and civil war in African nations”.  Acute crises such as the refugee crisis should perhaps be dealt with by a different approach, by individual countries or new coalitions of countries that have the same interests.

When going over the flaws there seems only one plausible answer in dealing with the current situation where the EU is incapable of handling acute (human) security crises. And that is that of the necessity to acknowledge the distinction between economic and security issues. The distinction lays in the fact that the economic issues are much simpler tackled jointly, because of the shared external interest. The whole of the EU benefits by economic measures if negotiated properly. This is not necessarily the case for security issues, where the internal interests vary enormously and cause the EU members to never fully agree because exactly that is the interest of some of the members. This way, only limited autonomy has to be handed over to the EU.

It seems the EU is currently at a crossroads. It has two choices. If it wants to remain a player of significance on more than the economic level it will soon have to choose. One option is further (human) security integration, with the endgame of setting up a European Union army, EU counter-terrorism centre and EU humanitarian crises intervention team which is actually given the authority to tackle an acute (refugee) crisis. The other option is scaling back firmly and focusing on economic and agricultural issues only. The current situation of stagnation leads to decline. The slow and unable EU reacts too slow when dealing with (human) security crises, hence the rise of anti-EU populist parties that could eventually divide the EU so much it dissolves.