The Coup in Myanmar: Over One Hundred Days of Attempted Secrecy 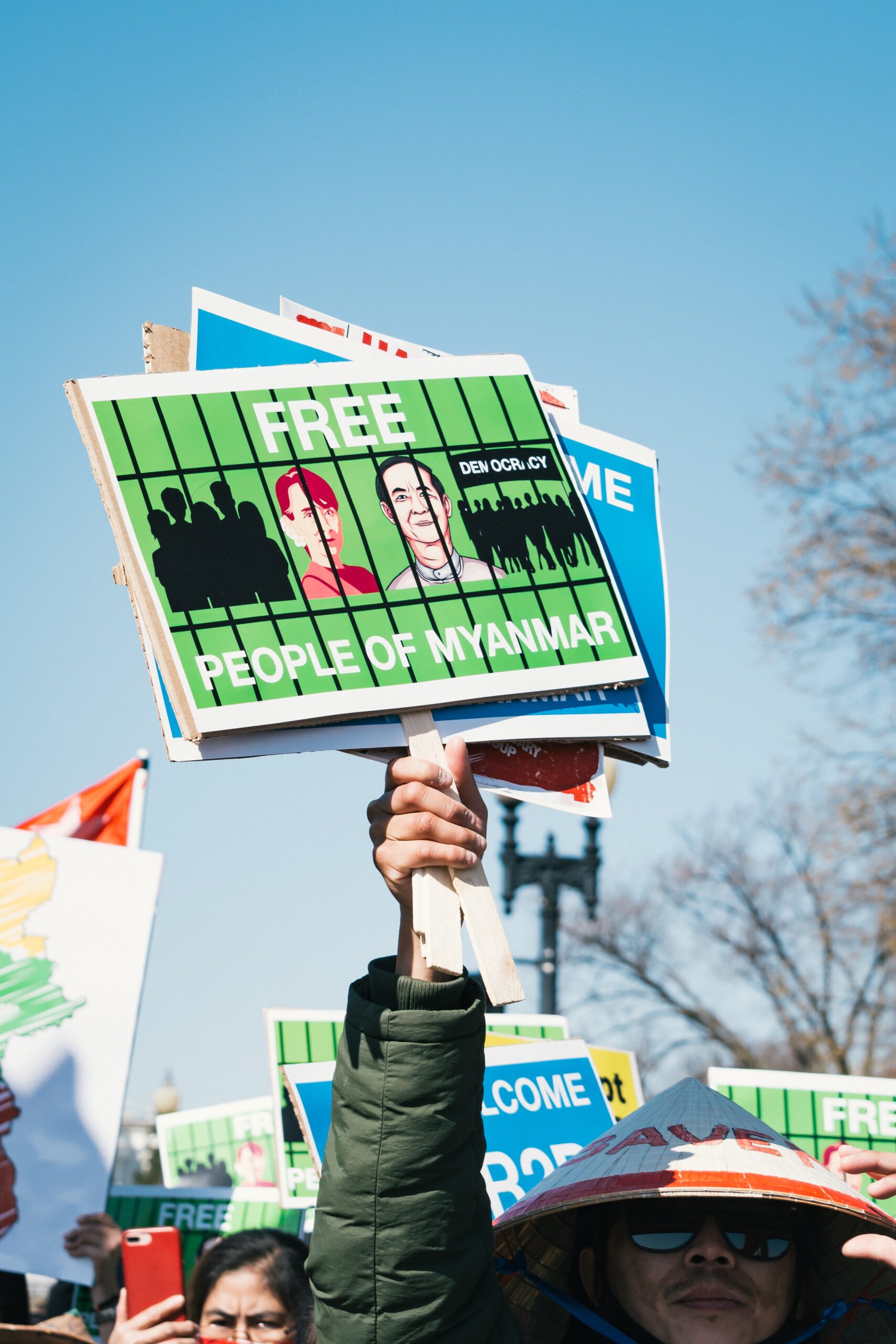 The military government of Myanmar has employed diverse tactics to make sure little information is known about the situation in the country outside of the  borders. They have shut down the internet, detained local and foreign journalists, and killed their own people to stay in power and control the media.

It has been over one hundred days since the elected government of Myanmar led by Nobel  Peace Prize laureate Aung San Suu Kyi was overthrown by a violent military coup d’état. The  military junta of Tatmadaw, the official armed forces, that took charge of the country has not relented in their crackdown  of supporters of the previous government. In the two months after the coup, over five hundred  civilians were killed for protesting the junta, and the United Nations has described the situation in Myanmar as ‘an urgent crisis’. Myanmar, a country that has only recently embraced democracy, and had their third openly contested election in 2020, has had a contentious history with military dictatorships. Up until 2011, the country was ruled by a military junta, and only after the 2010 elections the newly formed government laid out a democratization process. This process has been put to a grinding halt following the Tatmadaw coup of last February.

Immediately after the coup took place, leaders from across the world condemned the actions  taken by the Tatmadaw. The UN Security Council tried to get a consensus statement to  condemn the actions, but this was vetoed by China, who has ties to the Tatmadaw. The G7 did release a statement asking the military government to ‘restore power to the democratically  elected government’ and more broadly to respect human rights.An interesting aspect of the  coup was the usage of digital media by the Tatmadaw. They blocked off social media entirely a few hours before the coup took place and have been consistently trying to digitally isolate the people of Myanmar to reduce the extent of violence shared on the internet and to easily censor the information posted by protesting citizens. Facebook is now completely blocked in the country, and the internet is only usable for a few hours a day. As a result,  the protest movement has experienced a lot more difficulty organizing the resistance. According  to the Council of Foreign Relations, a lot of Myanmar’s citizens have opted to buy Thai sim cards  to bypass the telecommunication blockages by the military government.3 After an extended internet curfew, in which the internet exclusively worked between 9 am and 12 pm, the government extended this shutdown on April 2nd, which caused the internet to be shut off  throughout the entire day, and everywhere in the country.

It is clear that the military government wants the outside world to know as little as possible  about what is going on in Myanmar. As recently as the 24th of May, a U.S. journalist named  Danny Fenster was detained by the officials trying to board a flight to Kuala Lumpur. He had  been writing about the coup and the resistance for an independent magazine called Frontier  Myanmar.At the time of writing Fenster is still held at the infamous Insein prison, which  Frontier Myanmar described as ‘hell’.But Fenster is not the only foreign journalist that has  been detained in Myanmar. On March 9 Nathan Maung, another U.S. citizen reporting for the  website Kamayut Media was detained and sent to Insein prison together with local editor-in-chief Hanthar Nyein. They were charged with ‘dissemination of information’, also described as  reporting ‘fake news’, resulting in a three-year prison sentence in Insein. The Committee to Protect Journalists reported that they were abused, beaten, and burnt by the authorities during  interrogation, and that the authorities were breaching International Human Rights with their conduct at the prison. Journalists who try to flee the country to Thailand are also at  risk of  getting caught. Three journalists that worked for the outlet Democratic Voice of Burma were  charged with illegal entry into the country of Thailand and are facing deportation back to  Myanmar, where their lives would be ‘in serious danger’ according to their employer.

The military government has shown they are curbing any information gathering, reporting, and  broadcasting of news they do not agree with. Despite all these setbacks, the resistance is still  holding strong, and a shadow government has arisen that is trying to organize the  resistance. The Rebel Chin National Front and the National Unity Government have signed an  agreement to work together against the military dictatorship, and other resistance organizations  are in talks with the National Unity Government to see whether a cooperation agreement can  be reached. Although the signs might be promising, the Tatmadaw is still unrelenting in their  conquest. They are still actively cracking down on any protest and have yet to allow Aung San  Suu Kyi free. A protest in the Bago Region on April 10 resulted in82 protesters killed.  On the 26th of May, a group of civilians who were seeking refuge in the local Catholic church near  the borders of Shan and Kayah states were violently murdered by the military.

It appears that the military government is doing its best to control the outside perception of  the situation, going to extremes to keep control. The actions of the Tatmadaw are  horrifying, especially the fact that they kill their own citizens and detain independent  journalists, only allowing state propaganda. The fact that they have cut off their citizens from  the internet to control the media shows again how different war and resistance can look in the twenty-first century, using digital weaponry to control their citizens in combination with classic weaponry.The reality is that it is not working as well as they hoped, and a lot of the horrifying  actions taken do reach the news in the rest of the world. While the Tatmadaw keeps trying to crack down on the resistance, they seem to be slowly losing  grip on what is being told to the rest of the world as the protest movement rages on. As Western nations watch what little  information they do receive from Myanmar, they will hopefully form a coordinated response,  as these one hundred days have shown that the Tatmadaw is not ready to relent just yet.