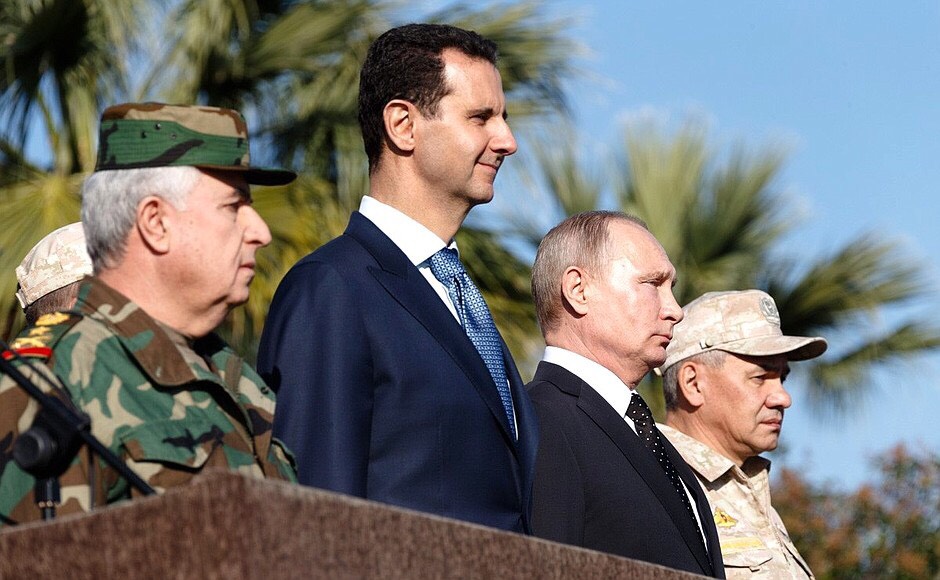 The war that ravaged Syria seems to be nearing its end. Due in large part to the Russian intervention on behalf of the regime of Bashar al-Assad, the Syrian regime seems to have escaped being overthrown, and has been able to reassert its control over much of the country. Retrospectively, something that has received only little attention, but nevertheless is of fundamental importance for a comprehensive understanding of the war, is the Alawite minority’s dominance in Syria’s regime. Looking into this dominance allows us to make credible predictions about what a future Syria under the regime will look like.

Despite constituting only around 12 percent of Syria’s population, the Alawites control the Syrian regime’s key institutions, including the intelligence services and the armed forces. The largest group that has been excluded from this arrangement are the Sunnis, who constitute around 60 to 70 percent of Syria’s population. With this in mind, it is not surprising that the majority of the opposition in Syria has been of Sunni origin.

The Alawites’ ascendance to power in Syria

The Alawites’ current political dominance in Syria stands in stark contrast to their historical position. For centuries, the Alawites have faced political marginalization, repression and persecution by the numerically superior Sunnis. The main cause of this treatment by the Sunnis has been the Alawites’ secretive and fundamentally different religion, which caused (and still causes) many Sunnis to conceive of them as heretical and inferior to other religious minorities.

Two institutions have been key for the Alawites’ ascendance to power in Syria: the military, and the political Ba’ath party. Thanks in part to colonial policies of the French, who controlled the country from 1920 until 1946 after the defeat of the Ottoman Empire in 1918, the Alawites were disproportionately present in Syria’s military. To prevent empowering the more hostile Sunni majority in the territory, the French recruited heavily from the Alawites to fill their local security forces; the Troupes Spéciales du Levant, which later would evolve into Syria’s military. To illustrate the partly resulting Alawite prominence in Syria’s military; in 1955 it was estimated that 65 percent of the non-commissioned officers in the military was of Alawite origin.

Similar to the military, the Ba’ath party saw a disproportional presence of Alawites, due to its two key doctrines; socialism and secularism. As Syria’s poorest community, socialism appealed to the Alawites because it promised them an improved economic future. And as a community despised and historically persecuted on religious grounds, secularism appealed to the Alawites because it promised the removal of religion from public life. To illustrate the resulting prominence of the Alawites in the Ba’ath party; the party’s branch in Latakia, where Alawites traditionally form the majority, was found to be among Syria’s largest.

The Alawites’ takeover in Syria through notably these two institutions would take place in a relatively short time-span. In March of 1963, the Ba’ath party took power in Syria in a coup and transformed it into a one-party state. The Alawites played a major role in the organization and execution of the coup and were able to acquire many of the key government positions in the Ba’ath regime that succeeded. Nevertheless, despite the Alawites’ advance, the Sunnis were still the faction in control of Syria.

However, in February of 1966, a group of mainly Alawite officers took power in a military coup, after hearing of a plan of the Sunni president Amin al-Hafiz to purge minority officers. This coup, as nicely put by one analyst, “for the first time placed [Syria] in the hands of the Alawites”. Once in power, the Alawites purged many high ranking officials with other ethnic backgrounds, and brought in mainly Alawites to replace them. As a result, the Alawites effectively “became the masters of Syria”.

Why the Alawite minority’s dominance in Syria’s regime matters

The Alawite dominance in Syria’s regime provides several insights. First, it allows for a better understanding of why the uprising against the regime in 2011 could become so large, and why the civil war caused a split in Syrian society between notably the Alawites on the one hand and the Sunnis on the other. Second, it allows for a better understanding of why the regime was so violent in defending its rule. For the Alawites behind – and in control of the regime, a loss in the war would have meant a return to oppressive Sunni rule, and, especially after their own repression and violent treatment of Sunnis, retributions against them. Third, it allows to exclude the possibility that Syria under Alawite rule will ever transition to democracy. Full-fledged democracy, in a state with a notable Sunni majority that is largely hostile to the Alawite-dominated regime, would mean a near certain transition of power to the Sunnis. The Alawites seem likely to continue to largely exclude the Sunni majority from power, and rely on repression of them to maintain their rule. As a result, Syria will likely remain a powder keg, wherein conflict, sooner or later, will erupt again.