TERROR IS WINNING: HOW THE POLITICS OF FEAR ARE DESTABILIZING DEMOCRACIES 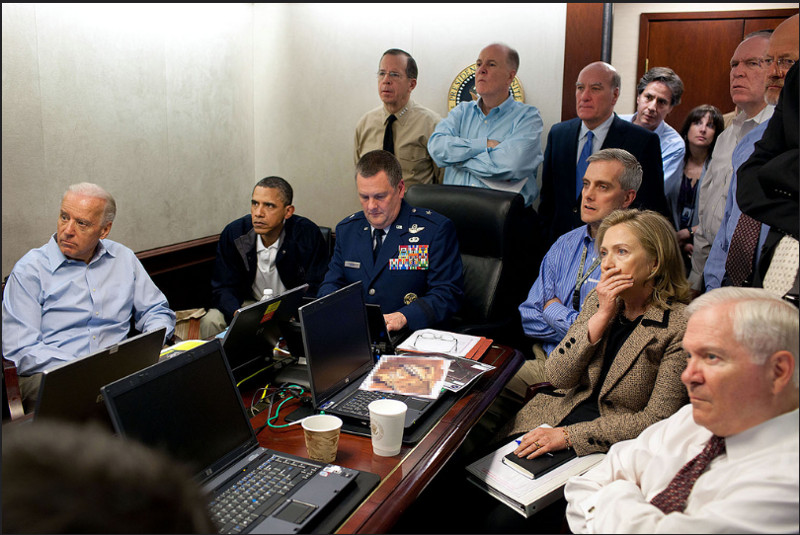 The politics of Fear and urgency have been utilized by governments to override laws and make quick, often dubious decisions as well as to undermine the power of resistance. Recent atrocities in Europe and America display how this mentality is coming full circle, where the demonization of opposition as inherently violent has created an atmosphere in which lone wolf killers thrive. Acting on impulse with no long-term political plans, they reflect their own governments’ behavior. The result will be even more social breakdown.

No matter how much they intend their actions to reject the political system they live in, most rebels end up reflecting the culture they fight against, in the style with which they fight it. Half a century ago, Martin Luther King observed that if young black men resisted the U.S government with aimless violence, one reason for them to believe it would be effective was because that same government was itself practicing this policy in Vietnam, with far more deadly futility. The civil rights movement’s triumph was to take a situation in which blacks and (predominantly) whites, lashed out at one another in lieu of either political discourse or planned movement to bring about change, whilst thousands of miles away, their leaders waged a similar brutal war based on fear of a mystified threat of communist expansion, a demonized enemy [1].

Western engagement in the Middle East ideologically matches its Vietnamese ancestor. Devoid of concrete war aims, let alone allies, U.S and European military policy has become reliant on the utter demonization of its opponents. Stripped of any real idea of a reasonable outcome, this enemy is free to take on contradictory forms. Arab dictators were once objects of terror, now it is their radical Islamists enemies.

Thus as our armies make war on pure terror abroad, so the inevitable blowback comes, when citizens begin seeing domestic issues through the same Manichean lens at home. It is no coincidence that the most negative US presidential election campaign in recent history comes at a time when the USA is engaged in a ubiquitous, indefinable war not for anything, but solely against ‘Terror’. Just as the conflicts America engages in overseas are increasingly defined by vague principles rather than real aims, so the two major candidates are defined not so much by any realistic policy than by an intense and hysterical fear of the evil alternative. The vehemence and poison of Trumpian rhetoric against Hillary Clinton and her supporters rests on a vision of apocalyptic decline, and the opposing side are no better, seeing in Trump’s supporters not so much political opponents but the monstrous Mr Hyde of American culture.

Out of this toxic, irrational atmosphere emerged the violence against Trump supporters outside his rallies (2), as did the violence against protestors themselves from the right (3). Indirectly though, it is also possible to see the link between the breakdown of reasoned political disagreement and attacks on the system as a whole. Even those who reject the culture utterly, such as the recent Pulse nightclub mass-murderer, cannot help reflecting the social system they reject in their aimless, uncompromising desperation (4).

The same can be said for the recent murder of Birstall MP Jo Cox by the far right inspired loner Thomas Mair. Mair, citing the supposed treason of his pro-EU victim, uttered the ravings of a politically insecure fool, but worryingly, they were actually in tune with the political climate within which the crime occurred. The Brexit debate in the UK has been conspicuous by its use of fantastical fear tactics on both sides, each predicting ridiculous and frighteningly cataclysmic results should they lose (5).

Killing people to gain political ends has always been evil, but it was not always this idiotic. Carefully coordinated terrorist campaigns could bring down governments because they formed a pattern that made it clear what could bring them to an end, i.e. a political settlement favorable to the terrorist. A strong characteristic of the political violence experienced recently is just how lacking it is in any cold coherence. Killing for and against abstract concepts, the murderers of Bataclan, Pulse and Birstall are conspicuous in their absence of any concrete goals or platforms. Just as our governments lash out with drones and air strikes, or at home with words and scare tactics, these outbursts are thoroughly reactive.

Another striking resemblance between governmental policy and the lone wolf attacks, is that their logic is not just one of short-term solutions to abstract problems, but of obsession with individual, dislocated actors rather than political movements. Writers such as Andrew Cockburn have noted that the truly novel feature of modern counter-terrorism is not its technological focus but its ideological belief that taking out individual ‘bad guys’ is the key to stemming threats (6). As ‘Evil’ cannot be combatted in itself, the next best thing is to take out figures who appear to embody it. In a culture in which eliminating single terrorist leaders is seen as equal to nullifying their entire movement, is it any wonder that unhinged individuals will see attacking random representatives of rival subcultures as equal to political victory?

Crucial to the functioning of democracy is the belief in loyal opposition and that compromise and change are necessary and non-fatal. The War on Terror has eroded these concepts in our society to the point where dissent against that society has appropriated that form as well. If we are to regain a sense of reality at home, we must first do so in our foreign policy. By waging war on ‘Terror’ we engaged an enemy that was definitively a part of us, terror being a feeling inspired in victims. It was only a matter of time before that self-destructive terror became personified in this way.