SIMULATION OF SYRIA NEGOTIATIONS AT THE MINISTRY OF FOREIGN AFFFAIRS 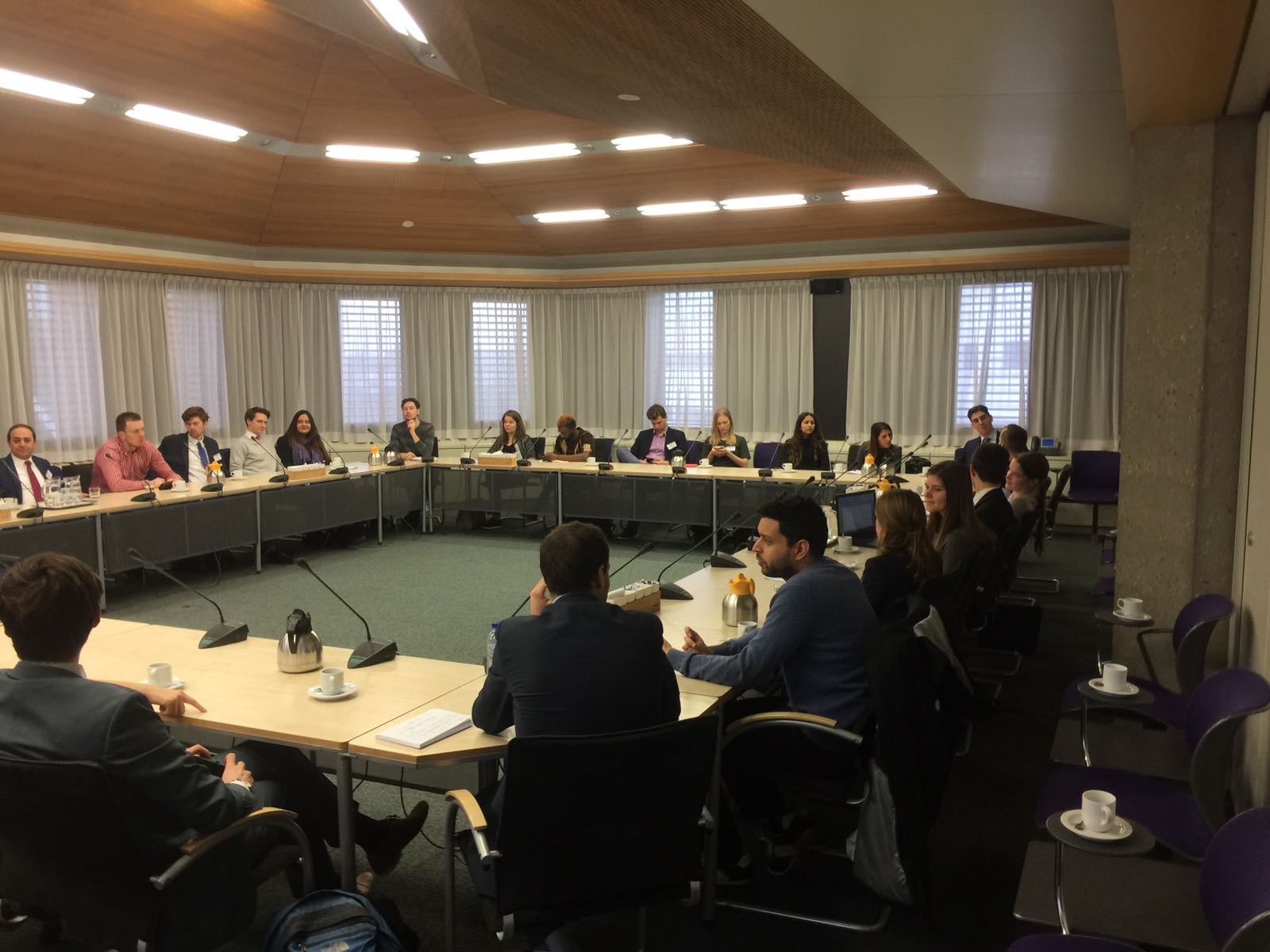 On the 22nd of February, the JASON Institute had been invited by the Ministry of Foreign Affairs of the Netherlands to participate in a simulation of negotiations. The simulation was based on the negotiations between the Syrian government, the opposition, Iran, Russia, Turkey, the EU and the ambassador of the United States in Kazakhstan, which took place the 23rd of January in Astana, Kazakhstan.

We were welcomed by Bas Bijlsma (Conflict Prevention of the Dutch MFA) and after a short introduction Bas gave the floor to Roger van Laak and Max Valstar.

Roger van Laak is head of the Crisis Management and Peace Keeping Operations Division at the MFA. He told us about the current conflicts with IS, their peacekeeping missions in Mali and Afghanistan, and their fight against piracy. These missions are of high importance to the division but van Laak emphasised that civilian aid of crisis management is as important as the provided military support. He further stated that the defence of allied territory, a good functioning international legal order and economical security is highly important for the Netherlands.

Max Valstar, Coordinator Arms Export Control Division at the MFA, talked about the Dutch weapon exports and how they approve or reject requests from Dutch companies. Although The Netherlands have sold €872 million worth of permissions last year, they also had to reject trades in 14 cases. Among them were trades to Saudi Arabia, Thailand and Venezuela. According to Valstar the security interests are more important than the interests of trade.

After an interesting and informative introduction we continued with the negotiations. The group divided in the Syrian government, the Syrian opposition, Russia, Iran, Turkey, the United States (its ambassador in Astana, Kazakhstan), the European Union and under mediation of the United Nations Syrian Envoy would negotiate for an adoption of the proposed resolution.

To consider the red lines of the proposed resolutions, determine a strategy and formulate the main demands, all participants had 15 minutes to prepare, which was followed by a 30 minute plenary round of negotiations to make statements and present amendments to the resolution. All the participants took their role in the negotiations highly serious which led to an interesting course of ,and proposals during, the simulation where, now and then, “intense” discussions took place.

The opportunity to lobby and find supporters during bilateral talks for 15 minutes resulted, in some cases, to a comical scene where the opportunity was violated and resulted in multilateral conversations with, at times, somewhat “aggressive” approaches of several groups.

To finish the negotiations there was time for one final plenary round to present the last statements about the submitted amendments and to convince the other parties around the table before the votes would take place. Unfortunately, due to the lack of time, there was not enough time for much discussions during the final part of the negotiations and the final decision had to be made. The final resolution, eventually, was adopted to the satisfaction of Iran, Russia, The Syrian government and the Syrian opposition and highly disappointed the members of the European Union, Turkey and the American ambassador.

However, the lack of time did not diminish the enthusiasm of the participants. To end the day we were all invited for a lunch and a speed date session with different staff members of the Security Policy Department: Bas Blauw and Andres van Niekerk (Crisis Management and Peacekeeping Operations), Niels Hanje (Non-Proliferation, Disarmament and Nuclear Affairs), Nicole Hoornsweg (counter-terrorism and national security), Bas Wels and Sacha Rohtenberger (Security and Defence Policy), Maarten Broekhof (arms export) and Floor Swart (Taskforce Cyber). All participants were able to attend three five-minute sessions with one (or two) staff members of one of the present divisions to ask questions and discuss different topics.

Altogether it has been a interesting and informative day, with very enthusiastic participants and staff members of the Security Policy Department and the present members of the JASON Institute. We would like to thank everyone for coming and we are looking forward to the next event at the Ministry of Foreign Affairs!