Security Cameras In Public Spaces: The Case of Germany 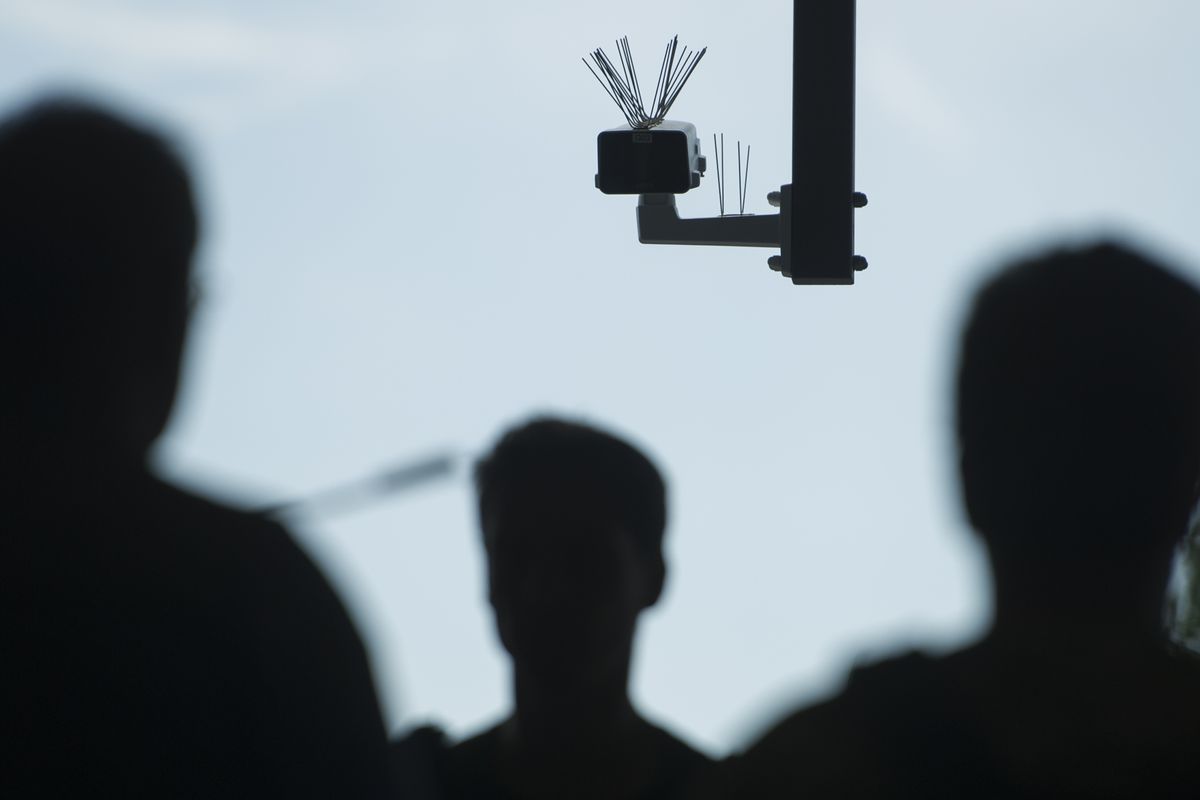 While strolling through the inner city, a new reality sinks in: security cameras at every corner. Security cameras or CCTVs (closed-circuit television) watch our every step in the public space. Berlin (Germany) is even one of the most surveilled cities in Europe with 11.2 cameras per 1,000 inhabitants [1]. Tools such as facial recognition systems will also become more accurate in the future, meaning that more surveillance is certain to come in public areas [2].

The debate on security cameras and their employment has never faded away and both negative and positive views on CCTVs are reasonable. As humans are in need of the irrational feeling of feeling safe, it seems though that CCTVs are more of a blessing rather than a curse. In regard to Germany, a transparent legal framework needs to establish that determines the rights of its citizens extensively.

Are security cameras a blessing?

CCTVs are often presented as a valuable source to keep order in public spaces. They are specifically employed to prevent crime, detect offences and emergencies, and soothe the public’s panic regarding crime and the “lack” of a fast-responding state [3]. The evidence that CCTVs record can help to solve crimes and reveal criminal offenders. Also, security cameras are useful in preventing terrorist attacks through early warnings. Especially Berlin has an issue with subway crime which is often reported on national news. For instance, in October 2019, a man was (deliberately) pushed onto the rail track at the Kottbusser Tor station, leading to his death [4]. Video recordings were crucial in the trial to investigate the attack and were used as evidence to determine the severity level of the incident and the prison sentence.

Due to the information CCTVs provide, the presence of cameras in public spaces is a blessing, because incidents and crimes can be viewed from an additional perspective. As witnesses report a biased view at times, CCTVs complement the happening by allowing to slow down or quicken up real-life scenes to find the truth. Also, the positive impact of security cameras leads people to willingly give away some privacy rights to satisfy their need for feeling safe in public spaces [5]. Even the homeless “consciously seek out public or private places where cameras are sited because the presence of the camera makes them feel safer” [6]. CCTVs are therefore a blessing for the people, including the homeless who fell through the cracks of the system.

Are security cameras a curse?

Still, the line between expecting the state to intervene in moments of need and feeling suppressed in one’s own liberties is a blurry one. As the surveillance apparatus grows extensively, more citizens start to ask questions on their privacy rights and the state’s motives in more surveillance. In Germany, the system’s low effectiveness is criticized as privacy is traded for the – relatively speaking – “few moments” in which CCTV recordings are needed [7]. The recordings also only deliver answers to the questions of what exactly happened and who was involved, leaving many questions open as, for instance, how the specific event came to happen in the first place [3]. Due to this, the installation of more CCTVs is debatable, because eyewitnesses can answer these two questions (what, who) easily [8]. The worry about too much surveillance was further triggered after it became public that the German Federal Intelligence Service (BND) monitored both citizens and foreign citizens abroad until the German Constitutional Court deemed the practice as incompatible with the German Basic Law in 2020 [10].

Luckily, German law caught up with the debate and passed more legal regulations to protect the right to privacy [7]. Unfortunately, these regulations are distributed across multiple laws as no single law on surveillance exists [9]. For many, it is still unclear who or which institution handles the data that is daily collected. If the data is handled insufficiently or data leaks occur, the appearance of previously “private” people can be spread across the internet in a matter of minutes, possibly resulting in (crime-related) troubles for these people. It is obvious that the German constitution does not define the limits of surveillance well enough, reassuring the belief that surveillance is a curse that haunts people’s public life.

Innovation plays a big part in the security that CCTVs provide. It is expected that the availability of higher resolution images and the increase in available digital storage will positively contribute to the usefulness of CCTVs in public spaces [3]. The employment of artificial intelligence (AI) will further support image analysis and (hopefully) prevent or solve crimes more accurately [11]. More innovative outlooks include the (more detailed) facial recognition of pedestrians, a night vision to record public spaces as clearly as in daylight, and CCTV voice control, meaning that no physicality is needed to control the cameras [12]. Future voice control is especially controversial, because it allows cameras to switch off at any point in time. As the cameras are mainly controlled by the state – except the camera is installed by and for a company – it remains questionable if some events will have less camera coverage than others. The state could knowingly ignore or focus attention on specific events while disregarding events that might be counterproductive for the government’s image. This shows that innovative ideas not only equal more safety and security for citizens, but also leave a bitter taste as more innovation in CCTV results in more available surveillance tools.

The debate surrounding CCTVs in public spaces showcases an inescapable paradox. While the recording of offences can deliver valuable clues for persecution, the privacy issue and the unclear German judicial framework do raise skepticism on the necessity of surveillance. The innovative development of CCTVs can also take many different paths with unknown consequences for the public life of civilians. It is necessary to establish a balance between surveillance and privacy in which the amount of surveillance is well determined. The German law needs to include a section that only focuses on security cameras in public spaces and the rights (and limits) of civilians to object to the usage of identifying material. As more cameras are installed every day, this matter is important, because the likelihood of disputes increases. Without having laws regulating these issues, conflicts and processes will be complicated to manage. However, as the public feels comfortable with the feeling of safety these cameras can provide, it is expected that the discussion shifts from a general debate on their existence towards a more differentiated debate on the functions’ CCTVs are allowed to employ in public spaces and their legal framework.

[12] Kline, K. (2017, June 15). 7 Security Camera Innovations That Are Revolutionizing the Industry: Security is getting a makeover. Inc.    https://www.inc.com/kenny-kline/7-security-camera-innovations-that-are-revolutionizing-the-industry.html