Russia’s return to Africa in its quest for global influence 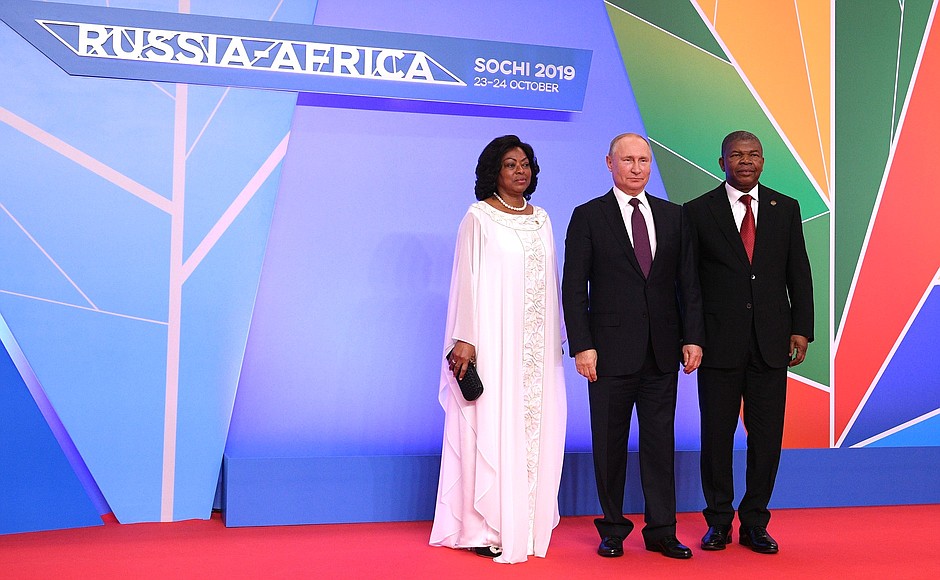 A lot has been written about China’s role in Africa and the underlying factors pertaining to its activities on the continent. Far less discussed, is the role and spread of Russia’s current presence and plans for Africa. During the heyday of the Soviet Union, there was a widespread and strong Soviet influence across the continent, as it exploited the Western colonial legacy to support independence movements and expand its clout. The collapse of the superpower in 1991 altered this influence, as Russia had to scale back its global ambitions. China, on the other hand, saw its influence expand greatly and established the Forum on China-Africa Cooperation in 2000, pledging tens of billions of dollars to Africa. Today, Russian president Putin has other ideas and aspirations, in line with his desire to recreate Russian influence around the world. This includes re-establishing its sphere of influence to the African continent.

In the 2000s, president Putin exhibited little interest in Africa. But following Russian involvement in Ukraine, Western imposed sanctions – in a bid to isolate and pressure Moscow into altering its behaviour – led the Kremlin to seek novel geopolitical companions and business opportunities. As with the Middle East, Russia’s return to the African continent has been assisted by the decline in attention paid by the U.S. under the Trump administration. In 2018, former U.S. National Security Advisor John Bolton presented a broad Africa strategy, focused on containing and rolling back Chinese and Russian influence. However, a lack of top-level engagement, including several vacant ambassador posts, has undermined U.S. efforts and created a vacuum for Russia to exploit. Furthermore, the EU has focused mainly on stemming African migration to Europe, which has contributed to frictions and deteriorating relationships with African leaders. Against this contextual background, Russia has gradually rolled out a loose strategy of self-enrichment, expanding military ties, deepening trade links, and providing its influence as a path for autocrats to stay in power and challenge Western pressure.

Between 2006 and 2018, Russia’s total trade with sub-Saharan Africa increased by 336 percent. Economically, a lot of Russia’s focus centres on energy. Specifically important investments are in the oil, gas, and nuclear power sectors in Algeria, Angola, Egypt, and Nigeria. Another area of interest focuses on securing access to mineral riches in Zimbabwe, Angola, the Democratic Republic of Congo, Namibia, and the Central African Republic. Globally, Russia is the second largest exporter of arms, however, in Africa it occupies the first place, making up 39 percent of total deliveries from 2013 to 2017. During the last two decades, it has pursued military ties with various African countries, namely Nigeria, Ethiopia, and Zimbabwe. Russia’s trade volume with Africa was $20 billion in 2018, which is more thana doubling over the last five years. However, these trade volume figures pale in comparison to the EU’s $334 billion, China’s $204 billion and was about a third of the U.S.’s total. President Putin has outlined that he thinks his country’s trade volume with Africa is not enough and believes it can at least be doubled within the next four to five years.

To this end president Putin hosted at the end of October this year the first Russia-Africa Economic Forum a two-day summit in Sochi. All 54 African states sent a representative, including 43 heads of state or government. President Putin called stronger ties with Africa “one of Russia’s foreign policy priorities” and in addition, outlined his promise for further cooperation without “political, or other” interference. This comes as a reassurance to African states that have previously voiced their concerns about relying too heavily on China. Russia has used its veto power as a permanent member of the U.N. Security Council to court the continent’s 54 U.N. member states, in its quest to challenge Western dominance and expand its number of allies. In 2014, it was able to convince more than half of African governments to abstain from a U.N. General Assembly resolution condemning its actions in Crimea.

A more detailed look reveals Russia’s limitations, and it is imperative to not equate its brazenness with actual influence. The country lacks the financial muscles to match other external actors, such as the EU, the U.S. and China. According to Paul Stronski of the Carnegie Endowment for International Peace, Russia has unusually little to offer that the African states need. Even as president Putin claimed over thirty military cooperation deals with African states at the summit, many of them amount to no more than the occasional training exercise. Many states keep their options open and strike deals with the U.S. and China as well. Russia is not the Soviet Union – it lacks the ideology, the resources, and the appeal of its predecessor. However, as more and more countries scramble to engage with the African continent, its leaders will see Russia as one of many potential actors to engagement with. President Putin will not hesitate to explore this situation in his quest to return to Africa and expand Russia’s global footprint.