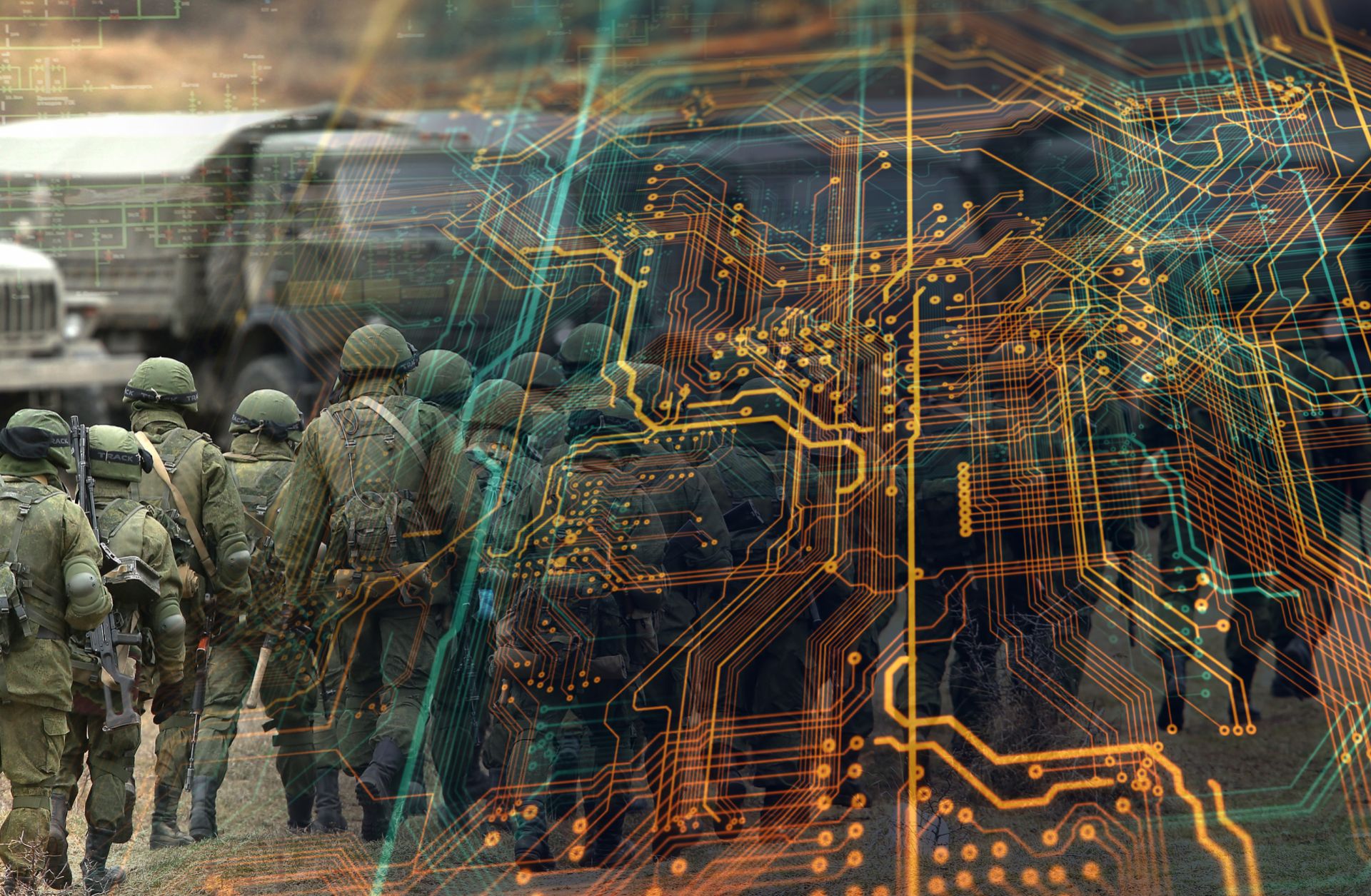 Russia’s active measures and hybrid warfare strategy in the Cold war and now.

Hybrid warfare is back on the agenda. The Russian government uses this strategy to influence foreign political campaigns, public opinions abroad and international violent conflicts, by employing ‘little green men’  in Crimea and mercenaries in Syria. Hybrid warfare in its modern form is seen by many as the ‘new’ danger to the West. [1] However, while the specific tools are new, the concepts of mixing military and non-military tools in foreign states can be traced back to similar strategies during the Cold War.

Hybrid warfare in its modern context is a contested concept and many authors seem to mix up two situations in which war is seen as a hybrid. [2] The first concept is the mix of non-military and military means to achieve a strategic goal. Examples of this concept are spreading fake news to influence democratic elections or mobilising a minority population to undermine state authorities. Secondly, there is the realist concept in which states are permanently looking for influence and power in a conflict, mostly turning to non-state actors that are involved outside the binary, two-party condition normally associated with war. Thus, following the doctrine of hybrid warfare, force is used to (re-)escalate pre-existing non-violent hostilities, in which unaligned states need to be continuously harassed and undermined. When combining these two concepts, we have a basic understanding of Russian foreing policy, where both the intention as well as the use of various tools is flexible and hybrid. [3]

Using ‘soft-politics’ and diplomacy to promote national interests abroad is used by most states through cultural institutes and diplomatic missions. However, for the KGB in the Cold War era, the task to undermine foreign powers was ‘the heart and soul of Soviet intelligence.’ [4] Moreover, officers working for the KGB were required to spend at least 25% of their time dedicated to these projects called ‘active measures.’ [5] Hundreds of attempts would be made annually, including ‘leaking’ falsified documents, blackmail, promoting conspiracies, the use of front organisations and NGO’s to organise conferences, rallies and demonstrations and the creation of Moscow-aligned political parties abroad. [6]

Many of these actions were part of the general ideological strategy and aimed to undermine public support for capitalism, create tensions within NATO or delegitimize high-value individuals. [7] However, some were specifically part of operational strategies from the core leadership as part of the Soviet foreign policy. An example of a successful campaign in which the Soviets played an important, though not exclusive, role included the protests against NATO’s nuclear capabilities in Europe during the 1970’s. Soviet’s diplomatic and intelligence apparatus used a large variety of tools to  stir up public fear and discontent which resulted in a significantly harder defence planning for NATO. [8]

In recent years, Russian hybrid warfare campaigns have emerged, for example spreading fake news, strategically leaking hacked e-mails, and using fake NGO’s. As a result, the Clinton-mails that Russian hackers published on Wikileaks, the massive disinformation campaigns during the recent Macedonian referendum and infiltration of a political group to raise questions regarding Russia’s involvement in the MH17 disaster are all examples of current active measures that follow the traditional Soviet style. [9] This approach can be understood best from the past of president Putin, who, like many of his current Russian senior leadership, has a KGB background and had received extensive training in the field of active measures during the Cold War. The use of active measures is also underlined in the post-Soviet strategic doctrines of Russia in which a prominent place is given to the use of non-military means to influence foreign states to behave in favour of Russian interests. [10]

However, there are several significant differences between the past and the present. Due to technological advancements, the world is much more interconnected compared to the days of the Cold War. Nowadays there are almost no limitations to foreign infiltration of western information networks, only a few effective barriers against the abuse of (social-) media, and not yet a consensus among western countries to  effectively counter these threats. At the same time, the old bipolar world order, in which the two blocks tried to promote vastly different socio-political systems, is declining. As a result, the Russian government employs more opportunistic (but less organised) active measures to increase its influence, promote its national interests and to keep itself in power.

In conclusion, the tools and opportunities for hybrid warfare have changed, but the comparison between the past and current use of hybrid warfare can help in finding a counterstrategy. At the same time, we should not overestimate the hype of hybrid warfare as a concept. During the cold war, Russian active measures were unable to destabilise the West to collapse, so why would they be able to do so now? Beyond a large amount of media attention, Russia’s fake news was only one of the many factors  that got Trump elected, it didn’t change the outcome of the Macedonian referendum, nor has it triggered a popular uprising against the NATO presence in the Baltics. Moreover, between the vast amounts of fake news and false information that western politicians and media create themselves, it might not even be heard.

Matthijs Olde holds a master degree from Leiden University and is interested in intelligence, European security and global politics. He is also a board member at the Jonge Atlantici/YATA Netherlands.