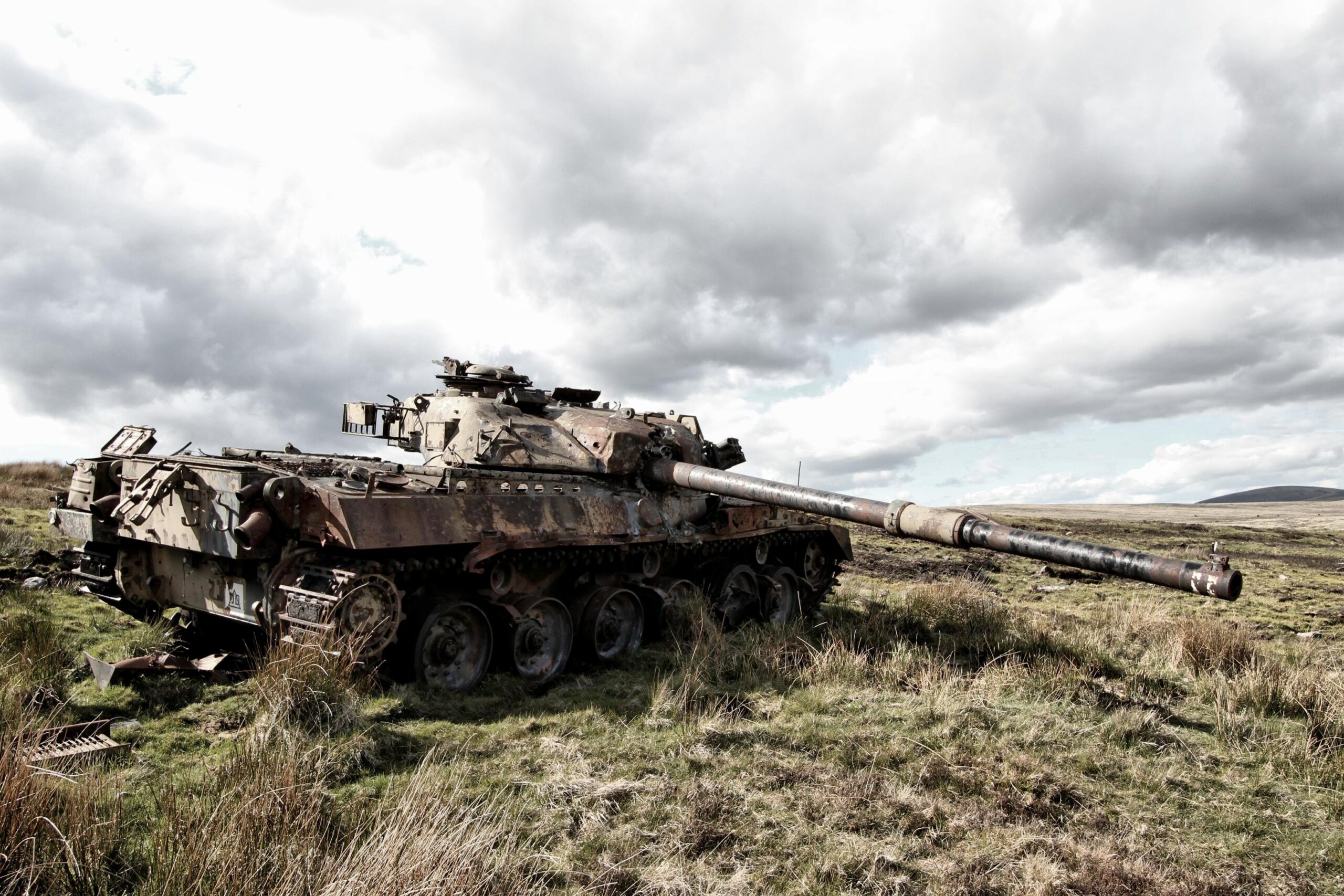 Nearly two months into the war in Ukraine, numerous deficiencies have emerged in the Russian army, influencing their performance and the initial goals set for the invasion by the Kremlin. It is clear that the scenario many military experts and theorists expected in this conflict was far from accurate, including the assumptions regarding the Russian military’s readiness and its operational abilities. From the start of Russian military rearmament, Moscow tried to create an image of having modern, well-equipped, and properly trained armed forces. Nevertheless, the glaring gaps in the Russian army’s planning, maintenance, logistics, and communications have been uncovered by the war in Ukraine. As a result, it is of vital importance to outline and analyse the causal factors and reasons for the Russian military’s poor performance in Ukraine, enabling us to debunk the distorted beliefs surrounding Putin’s army.

What became evident in the first hours of the invasion was that the Russians expected this campaign to be a repeat of the 2014 Crimea annexation – the swift occupation of major cities, avoiding confrontation with the Ukrainian army, and a quick regime change. These expectations, however, were far from reality, which resulted in the Russian army confronting a well-equipped and well-organised army that had totally transformed itself since 2014. The Ukrainian army, which had undergone a major evolution through its armament and capabilities, was a much more dangerous adversary than the Russian General Staff had anticipated. As a result, the invading units were blindsided when they came under the fire from Ukrainian ambushes.

The mass confusion was caused by the Russian high command itself, which either did not tell its troops that they were entering foreign land or told them a few hours before the beginning of the invasion. This caused a rapid drop in morale, especially amongst the inexperienced conscripts, resulting in the abandonment of vehicles, desertion, and heavy casualties in the first few days. Some of the most valuable equipment operated by the Russian military, including T 90 and T 80 main battle tanks, as well as updated versions of BMP and BTR armoured vehicles, were abandoned without a fight. These losses, in the first stage of the war, were in many cases caused by uncertainty and the lack of information provided to the Russian side, undermining the efficiency of its armed forces.

Inability to adapt to the modern warfare

When analysing unit performances, it should be mentioned that this war is the first large scale conflict the Russian army has taken part in. The Chechen campaigns and the invasion of Georgia did show the vulnerability of the Russian army, but the scale of those wars was far from equal to the one Russians currently face in Ukraine. For instance, the mass usage of Javelins and Bayraktar drones against Russian armour is the first time these weapons are being used in modern warfare. With this conflict, the era of non-contact warfare has reached further heights, and for now, the Russian army struggles to find a way to catch up.

To counter the anti-tank missile threat, Russian tanks were seen with cages attached to the tank turrets. Not only are these cages ineffective against Javelin and NLAW missiles, but they also make it harder for a crew to get in and out of the tank. One of the strongest assets Russian tanks possess (including T72 and T90 models) is their lightweight and compact size, but by placing cages and sandbags on the turret, this feature is completely gone due to the weight and height the cage adds to a tank. The following example serves as one of many indicators that the Russian armed forces have unquestionably failed to adapt to non-contact warfare, which by far has proven to be successful for the Ukrainians. With NATO and the US supplying additional Javelins, UAVs, and stingers to the Ukrainian army, it is highly possible that the casualties of the Russian mechanised forces will further increase due to the outdated Soviet equipment, which has already displayed its inefficiency on the modern battlefield.

In order to further understand the flawed Russian offensive, the problem of logistics should also be properly discussed and examined. In general, when carrying out a large-scale operation like in Ukraine, it is paramount to supply, maintain, and feed the advancing force. Russian high command has been unable to achieve this – dozens of tanks, howitzers and other vehicles were left without fuel merely three days into the war, completely hindering their momentum and the speed of a spearhead. The further Russians pushed into Ukrainian territory, the larger their supply lines stretched. This eventually led to soldiers stealing food from stores, which, unfortunately, has become a very common occasion. In addition, some of the Russian soldiers were found with a food ration that expired in 2015, confirming that the Russian units were  undersupplied since the beginning of the invasion.

The drawbacks are also visible in maintenance. Russian forces had to cover 120 miles to reach Kyiv from the Belarusian border, leading to many armoured vehicles breaking down and being abandoned, rather than being towed back for the repair. When the army modernisation started in 2011, Russians hoped to leave the Soviet legacy force in the past and modernise its advanced weaponry to 70% by 2020 – as it turns out, this task was not achieved. The impact of outdated technology is still present in the Russian army, and the constant breakdowns during its mechanised operations can be attributed to it.

Conducting coordinated action remains one of the biggest, and probably the longest lasting headaches of the Russian army. It was an issue Russians had in earlier wars (notably in Georgia), and as it turns out, has still not been remedied. Some of the vehicles that were separated from the main advance force were just wandering around without infantry support and got easily taken out by the opposition. This is because of the fact that most of the Russian tanks currently fighting in Ukraine are under equipped in terms of communication and coordination tools. The tank divisions are not the only ones struggling with these problems. The coordinated action and lack of information is the reason why the Russian air force, to this day, has failed to suppress the Ukrainian air defences. Fifty days into the war, the Russian air force has already lost approximately 90 aerial assets, including combat and transport aircraft, helicopters, and drones. Moreover, the ground force convoys were left unsecured and open to Bayraktar attacks, indicating the absence of coordination between the air and ground forces.

The same applies to the infantry divisions, where soldiers have been using their mobile devices instead of military radios to transmit information. It can be said that the intercepted calls and the miscommunication between different units were caused by the lack of quality transceivers and military radios, which Russians planned to fix after the war with Georgia. In 2017, Azart tactical radios were introduced to provide an effective communications system. However, its usage, first in Syria, and now in Ukraine has revealed the poor quality and unreliability of the model. Consequently, soldiers have reportedly switched to utilising Chinese hand-held radios and mobile phones which has further undermined their ability to transmit information swiftly and safely while operating in the combat zone.

Following Russian military performances in the recent weeks, we can conclude that the gaps in organisation, planning, logistics, maintenance and communication remain very clear. Although the Kremlin tried to remove the Soviet legacy from its army, the equipment and tactics remain largely unchanged. Once again, the uncoordinated action between different services continues to cause huge casualties for Russians. Even though Moscow understood its army’s vulnerability and drawbacks from the previous campaigns, it did too little to transform the Russian armed forces into a modern, well-equipped, and well-organised side. As a result of the Ukrainian conflict, the reputation of the Russian military has been shattered, which will take a long time to recover.

Read more from David Iakobidze on Ukraine via this link