RUSSIA AND JAPAN AT ODDS: THE KURIL ISLANDS DISPUTE 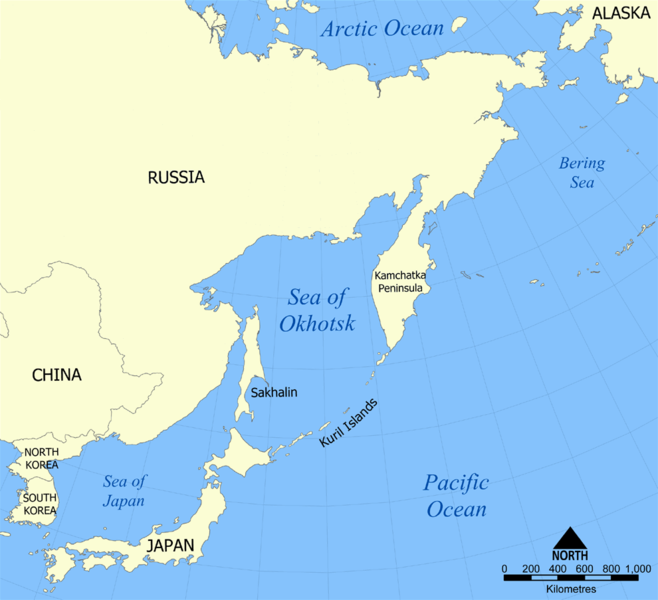 Surprisingly enough Japan and Russia have never signed a World War II peace treaty, a consequence of their embroilment over several small islands: Shikotan, Kunashir, Iturup/Etorofu and the Habomai group. The islands are part of the Kuril chain and are located north of the Japanese island Hokkaido, between Sea of Okhotsk and the North Pacific. The islands are referred to as the Southern Kurils by the Russians, and the Northern Territories by Japan (Brown, 2016, p. 1; Quillen, 1993). The Soviet Union seized the islands from Japan at the end of World War Two and Russia and Japan both claim they have the right to hold sovereignty over the islands: different treaties and agreements signed in the past are used by the two countries to make historical and legal claims. Recently Russia has been increasing its military activity on the islands: in February Russian Prime Minister Dmitry Medvedev approved the deployment of Russian warplanes on one of the disputed islands, much to Japan’s discontent. So why exactly are these small islands so hotly contested?

Firstly both the Japanese and the Russians view the islands are part of their national identities (Pajon, 2017). Japanese Prime Minister Abe is under pressure from ultra-nationalists to regain all the islands while for Putin compromising on the issue could harm his image as protector of the national interest. Additionally the current inhabitants of the contested islands are in favour of staying under Russian control (Brown, 2016, pp. 86-103).

Another important reason that Russia is taking a hard stance when it comes to giving up the Kuril Islands is a strategic one. The South Kuril Islands have always been of strategic importance to Russia as they are located between the Pacific Ocean and the Sea of Okhotsk. Russia thus views it as the linking territory between the country and the Pacific Ocean. Giving up the territories would damage the efficiency of Russia’s Pacific Fleet’s and Russian security in the North Pacific (Haines, 2014). Additionally controlling the islands, located between the Sea of Okhotsk and the North Pacific Ocean, gives Russia the option to cut off means of entry to the Sea of Okhotsk. During a conflict, this then gives the military the opportunity to deploy nuclear submarines in relative safety (Felgenhauer, 2010).

In the past ten years Russia has put more emphasis on the strategic importance of the islands, as part of its plans to develop the Russian Far East. Since 2006 Russia has been implanting policies aimed at developing the Russian Far East dubbing this regional development a national priority. In 2010 it also started modernising it’s military on a large scale, particularly emphasizing it’s military strength in the East (Brown, 2016, p. 57). As part of this the Kremlin has sought a more forceful policy towards the Kuril Islands. It has begun modernising the military forces present in the island and has invested in socio-economic development of the islands (Kato, 2013). In 2011 it reiterated it’s more assertive stance when it carried out the biggest military exercises since the end of the Soviet era in and around the islands (Kazumine, 2013). In 2015 Russia installed modern weapon systems such as coastal defence systems and anti-ship missiles systems in the four disputed islands and in 2017 its Minister of Defence stated that a new army division would be sent to the islands. These actions are a consequence of Russia’s aim to boost its presence in the area and its awareness of the changing situation in the Arctic (Pajon, 2017). The melting of the ice caps of the Arctic Ocean opens up the Northern Passage to increased ship traffic; this has drawn strong interest from among others China which has been carrying out Arctic exploration. When China’s ships use the route through the Soya Strait to get to the Arctic Ocean, they have to sail across the Kuril Islands, through Paramushir or the contested islands of Etorofu and Kunashir. These islands are thus expected to become more influential; as they are part of a zone controlling the ships on their way to the Arctic (Kato, 2013). Russia’s expanding military activities on and around the Kuril Islands are thus seen by many as a way of showing its power now that China is becoming more invested in the Artic.

Besides sending a message to China Russia also uses the islands as a way of fending off the presence of the U.S. in East-Asia, as the U.S deploys missile-defence systems to the region (Pajon, 2017). Russia is anxious that Japan is allowing the U.S. to use its territory as a base for a military build-up in north Asia under the guise of countering North Korea (Reuters).

For the time being it seems that the situation will remain as it has been for years; both countries claiming control over the islands, but in the end unwilling to make concessions.