ROJAVA: BETWEEN A ROCK AND A HARD PLACE 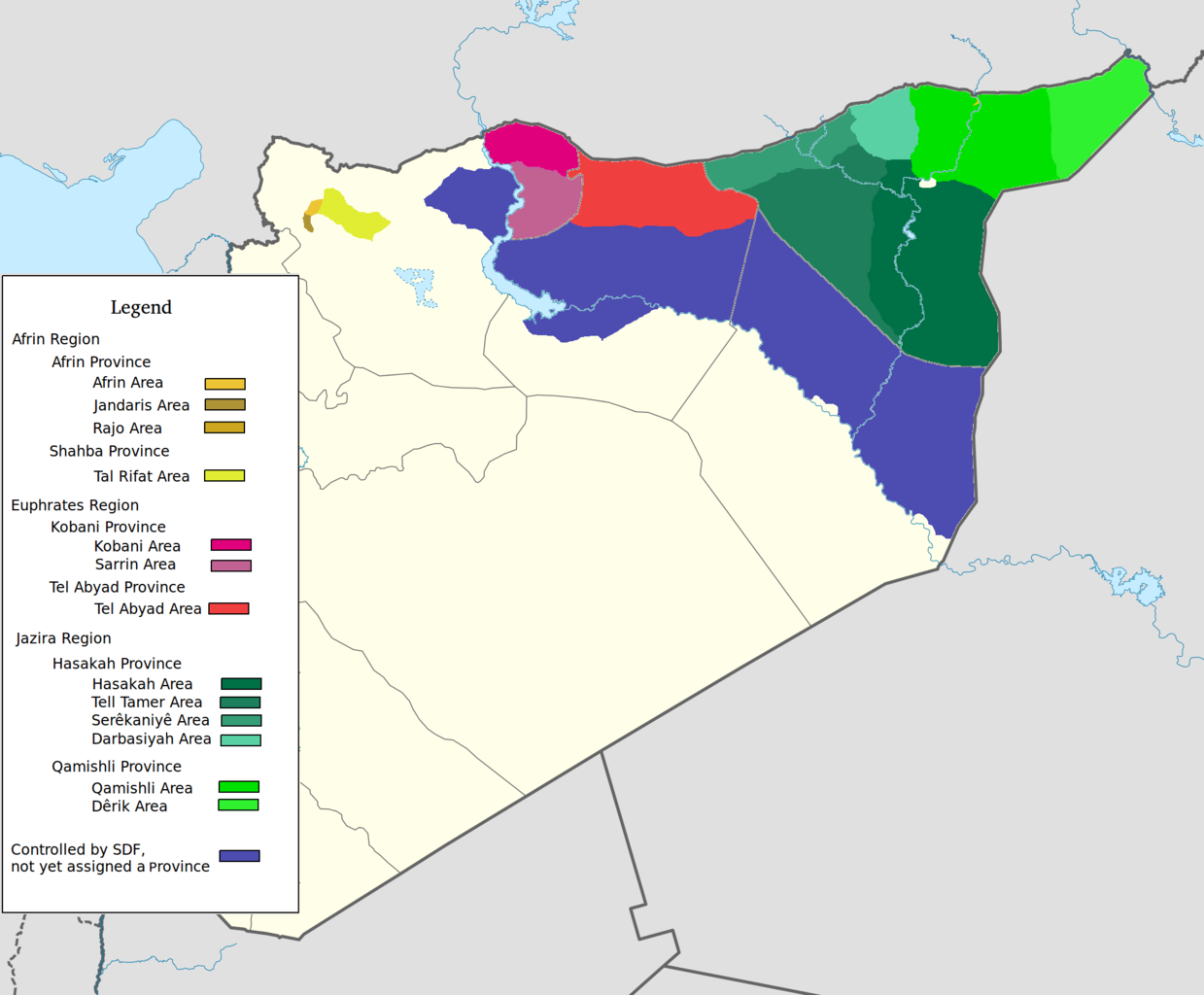 National emergence and the danger of imperial allies in Northern Syria

In geopolitics, it is highly dangerous to have a powerful enemy who is both obstinate and erratic. To have an ally like that can be just as dangerous. Continuing their record for misfortune, the Kurds have been saddled with both at once.

A mutual feature of the Trump and Erdogan administrations is their eclectic short-term tactic in service of a long-term policy, which is generally to continue the political dominance of a respective ruling class. In their eyes, there is no contradiction between the inability of an altering or adapting their worldview to their chosen methods. The resulting paralysis this inflicts on their opponents allows for the status quo to be preserved, in a sense protected by disorder.

In Trump’s case, a seemingly chaotic and capricious attitude to foreign policy, one which Washington’s hawks feared would jeopardize US supremacy abroad, has only strengthened and sped up traditional policies, such as increased military spending and delaying troop withdrawals from US warzones like Afghanistan. . Unsavory allies like Saudi Arabia are bolstered, enemies such as Iran are vilified and besieged, contracts are fulfilled with more vigor than ever. The great rupture in American diplomacy has simply not occurred.

Likewise, for all the internal and external nervousness about Erdogan’s Islamist plans, his bullish form of governance has not displayed any major departure from Turkey’s traditional political landscape. Fluctuations of authoritarian nationalism and an arrogant, aggressive temperament towards regional neighbors are systemic features he has inherited and sharpened, rather than created. Among these poisonous features is an existential animosity towards the Kurds.

Interestingly enough, this chaotic conservatism now holds the future of the Middle East’s last truly revolutionary experiment in the balance. As the Democratic Federalist region of Rojava in Northern Syria enters its fifth year of autonomy, its impressive expansion, combined with the slow decline of violence of the Syrian conflict, have brought success, but also dangers. Rojava now reaches far beyond the Kurdish-majority areas of Syria, and while they have driven ISIS into it’s last strongholds along the Euphrates, the potential for a protracted guerilla campaign remains daunting .

In 2014 the Turkish army did nothing as ISIS squeezed the Kurds at Kobane, with Erdogan expressing pretty open satisfaction about their predicament. Only last year Turkey provided arms, air support and funded former Islamist mercenaries to seize and subjugate the Kurdish canton of Afrin in Western Syria. All of these assaults happened while American troops remained in Northern Syria, acting on the ground side to side with the Kurdish-led Syrian Democratic Forces (SDF) against ISIS. Now Trump is toying openly with the idea of pulling all US forces out of the country, just as Erdogan threatens an operation against the remaining territory of Rojava.

Another uncomfortable compromise pitched by Turkey in the face of US warnings about aggression would include a 32 km deep ‘security zone’ along the Syrian-Turkish border. The area would effectively swallow up key Kurdish cities like Kobane, and allow Turkey to cut a swathe through the Kurdish heartlands. Syrian Kurds would be cut off from their Turkish brethren, and Erdogan’s plan to resettle Syrian Arab refugees in the zone evokes the specter of ‘Arabization’ projects by past Syrian and Iraqi governments, which caused much harm to Kurdish communities.

There are many debates as to the wisdom and rightfulness of America’s presence in Northern Syria. However it seems pretty clear that having helped and encouraged the Kurds to become a larger, well-armed force in the area, and thus further antagonizing Turkey, Washington has taken on a major responsibility. Whether Trump does withdraw US forces, or his advisors persuade him to keep them there, the Kurds have no real assurance that these commitments will be met in the future. The plans the pro-intervention team have for Northern Syria appear as incoherent as Trump’s, based upon vaguely described ambitions to rid of Iranian influence in Syria. The Kurds being the cannon fodder for such a strategy will not bring any stability or regional support for a new Kurdish state.

In light of their US ally’s’ unreliability, the Rojavan leadership has been negotiating with the Syrian government for mutual protective measures against Turkish aggression. Such cooperation has been going on for some time, including Syrian army support for the embattled Kurdish forces in the Afrin and Manbij provinces. Despite the condemnations of anti-government rebel factions, who themselves have been happy to serve as Turkey’s auxiliaries, this relationship has seemingly done little to compromise Kurdish autonomy in Rojava. While the Syrian army is too weakened after years of war to bring the SDF to its knees militarily, it does have enough strength and Russian support to make a Turkish incursion less palatable.

Talking to The Independent’s Patrick Cockburn during Turkey’s invasion of Afrin, one former ISIS fighter described the Turkish use of Islamist fighters as being ‘like toilet tissues’ to be thrown away after use [8]. The metaphor graphically captures the general relationship between hegemons and their embattled minor allies. Disregarding any coincidental ideological connections, Turkey and America’s alliances with Syrian factions are based largely on temporary usefulness and dispensability.

Caught between two powerful but unstable powers, Syria’s Kurds could find some room to maneuver themselves by strengthening its bonds with fellow weak factions: ones that do not have the capacity to control them, but make aggression against them more problematic for the stronger players. In this context, an otherwise unpalatable deal with the Syrian government and allied Shia militias could have positive results. Such displays of reconciliation might also heighten the possibility of more moderate rebel factions seeking their own deals with the regime. In the face of major powers demanding either total victory or destruction, the smaller players on the ground can work for an imperfect peace in which they can hold onto what gains they have.