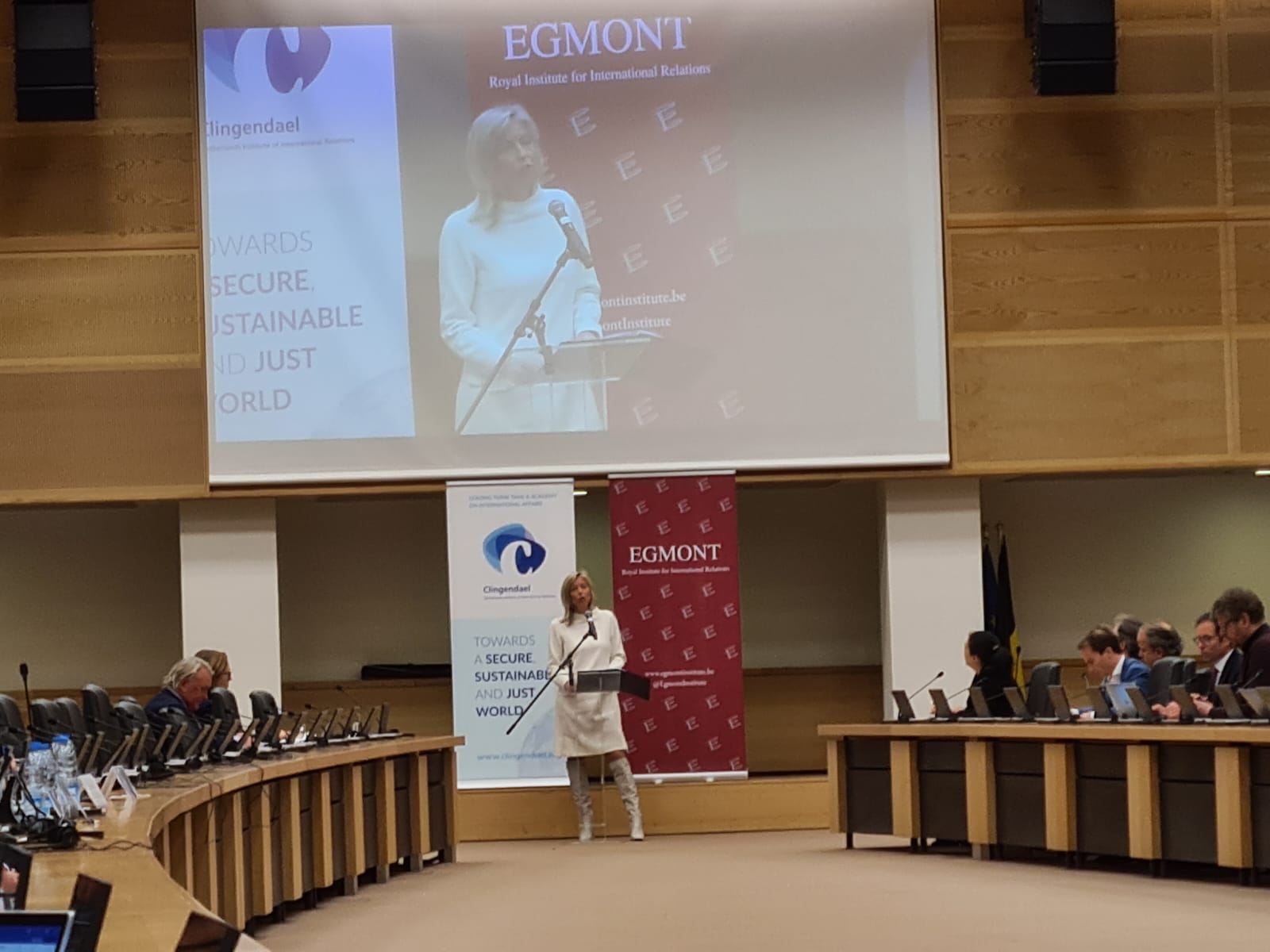 Our current chair, Max Garcia Hoogland, and Activities Committee member, William Bos Le Vinson, attended on behalf of the JASON institute the International Conference on the Implementation of the EU Strategic Compass organized by the Clingendael Institute and Egmont Institute at Egmont Palace on the 6th of April 2022. The ministers of Defense of both The Netherlands, Kajsa Ollongren, and Belgium, Ludivine Dedonder, attended the event to reiterate the willingness of their respective nations to back the implementation of of the compass, as well as recognizing the urgency to provide support for the defense of Ukraine.

Minister Ollongren pointed out the importance of operating on the basis of union between the EU and NATO as well as the effect that the Ukrainian conflict has had in NL. For instance, she mentioned that there has been an increase in volunteers for the army in the Netherlands. Moreover, Minister Dedonder commented that Belgium has “locked Russia diplomatically”, in order to apply further pressure to the Kremlin to cease hostilities against Ukraine. Said minister also mentioned the role of the newly formed Belgian Cyber Command and its importance against the disinformation campaign by Russia in the Ukrainian conflict. Furthermore, she also highlighted the importance of a faster decision-making process in order to combat future threats more effectively.

After the statements of both Ministers a high-level expert panel was set up to address some of the objectives and specific points of the Compass. During the conference they switched the focus to one of its objectives which is the EU’s Rapid Deployment Capabilities (RDP). The aim of RDP is to have 5000 troops from different EU member states, ready for deployment by 2025 and Germany will take on a leading role concerning this deployment.  In addition, these troops will mainly be focused on evacuation and reconstruction operations while the importance of multination exercises for an effective deployment was also highlighted given the importance of strategic enablers and resources destined for said operation. Further attention was drawn to the importance of effective communication and decision-making process between the EU and NATO.

After a short break, another expert panel was set up to address the elaboration of the EU’s resilience capacities through the EU Hybrid Toolbox which will be developed in the near future. During this discussion the topic of hybrid threats were addressed, particularly the way in which these threats are dealt with. For instance, they mentioned how attribution is crucial for implementing efficient responses to grave scenarios such as the Ukrainian war and the downing of flight MH17. The role of economy in these type of threats was also highlighted as an attack in critical infrastructure or basic services such as gas or water, outline a major vulnerability against potential future attacks.

Finally, the importance of effective Counterintelligence was also addressed. Effective count-intel operations are fundamental to know what an attacker’s intentions are, but it is important to think and observe things from the attacker’s point of view, not ours.EU member states have recognized the importance of a strong and solid security policy and strategy. Said importance was further highlighted (and justified) by Russia’s invasion into Ukraine. The political, military and academic sides of this compass agree that efficient communication and a faster decision-making process is key to guaranteeing the sovereignty and integrity of the EU against a potential aggression.

It is safe to say we gathered important insights from relevant security experts while we attended the conference on the EU Strategic Compass. Hence, we would like to thank the Clingendael Institute again for inviting us! Furthermore, if you would like to stay updated with JASON’s events make sure to follow us on our social media platforms and regularly check out our upcoming activities which can be found on our homepage!