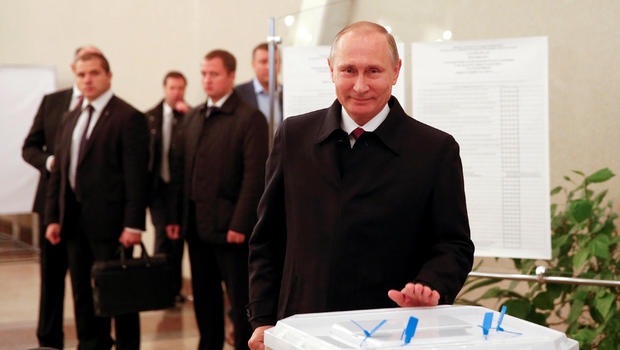 On the 13th of February, Halbe Zijlstra stepped down as Minister of Foreign Affairs of the Dutch government after a lie about attending a meeting in which the Russian president Vladimir Putin underlined his plans for a reunited and expanded Russia. This lie led to the premature end of his political career, but his warning about Putin’s ambitions aren’t new. Observers of Euro-Russian relations have warned of similar ambitions of Putin before, and since the invasion of Crimea, these ideas might contain some truths. The Russian leadership has indeed shown itself to be an opportunist, ambitious and willing to use varying forms of hybrid warfare to undermine other countries. However, prospects of Russian internal instability might be much more of a risk in the coming years.

A popular narrative of Putin’s popularity focusses on the economic and social stability he brought after the ‘crazy nineties’, a period still engraved in many Russian’s minds as a period of soaring inflation, high criminality and the collapse of the Soviet Union. Secondly, Putin’s political centralization or ‘verticalization’ of power, combined with large quantities of oil and gas-revenues, brought economic prosperity, a strong government and a return of government services to the people. But it is these pillars of the Russian social contract which the regime is less and less able to provide.

Since 2014, the Russian economy has been in crisis with economic contractions and double-digit inflation numbers. The exports of oil and gas account for 70% of the nation’s export, but the prices went down by almost half. While these exports were the main driver of Russia’s ambitious military modernization program as well as many social programs, the disappearance of these revenues has become a major issue. This effect is strengthened by the structural issues of Russia’s industry being outdated, depopulation and international sanctions as a result of the Crimean annexation. In 2017 these issues accumulated to a problematic exchange rate and forced the government to save three of the five main banks from defaulting. All whilst the average Russian has little more income to spend than those of central American countries.

A second reason why we should worry about Russia’s internal stability is the form of the government itself. One of the reasons for the current stability is the ‘vertical power’ structure established by Putin, which enables direct centralized control. However, Putin is also getting older. He’ll be 71 when his next term ends, and as such this very well be his last term in office, but there is no successor yet. And even with an appointed successor, it will be almost impossible to inherit his personal popularity and grip on the government. And remember, Russia doesn’t have a history of peaceful regime-changes.

Instability within Russia will have a direct effect on Europe’s eastern border and therefore European security as a whole. The political ties between east and west are likely to remain bleak for the foreseeable future but that doesn’t mean the West can afford Russian internal instability. Putin might not be particularly popular in the West, but at least he is the foe we know.

Monaghan, A. (2012). The Vertikal: Power and Authority in Russia. The Royal Institute of International Affairs (88:1)