POINT OF NO RETURN? CHALLENGING TARGETED KILLING AS A COUNTERTERRORISM MEASURE 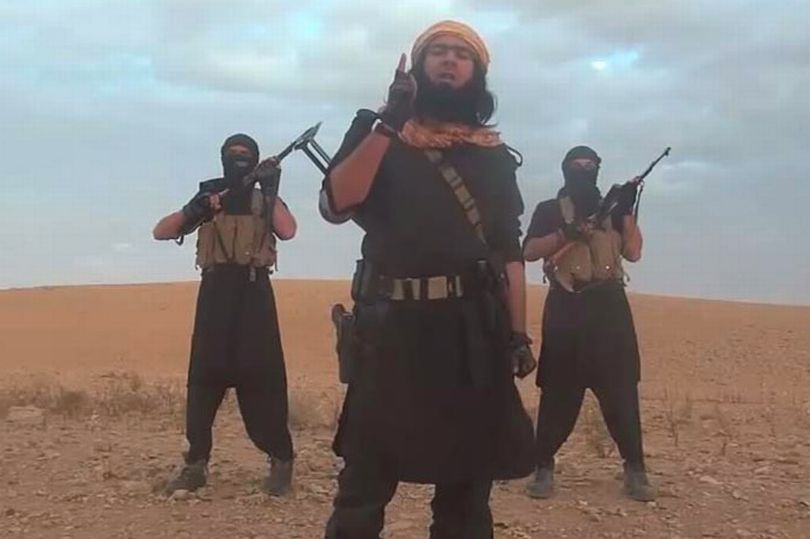 “It was necessary and proportionate for the
individual self-defense of the UK,”

Given the prevailing situation in Syria and Iraq, there is an immense pressure on Western leaders and policy makers to take urgent and forceful measures against foreign fighters. The British government, for example, issued a targeted attack in Syria in 2015 that killed two British citizens fighting with the Islamic State (ISIS). In the Netherlands, a far less violent measure was taken last year, when four jihadists lost their Dutch identity. There is much discussion on how to deal with this threat.

Even though the number of Western citizens joining the fight in Syria is diminishing, European governments and security agencies are particularly concerned about the potential threat that returning foreign fighters could pose. Returning fighters hardened by their combat experiences and radicalized ideas could plan and execute terrorist attacks or recruit more fighters and therefore pose a significant risk.

With current estimates of up to 20.000 fighters differing from over 80 countries, there has not been an earlier case that has generated such large jihadist foreign fighter mobilization as quickly as observed in Syria. Another distinctive feature of the Syrian case is the online dimension. This makes it easier for the participants to spread propaganda, share advice and skills, and inspire others to join. Furthermore, the strong appeal within Western countries to join the fight in Syria distinguishes this case from previous cases that involved foreign fighters.

The option of targeted killing is a very severe and controversial reaction to the issue of foreign fighters. This drastic measure involves several negative consequences and policy implications, which make them less effective in dealing with returning fighters than most policy makers assume. This is mainly because these measures do not address the underlying issues that are subject to this phenomenon.

First, these measures can be counterproductive. Instead of the intended consequence of eliminating the number of foreign fighters and reducing the risk of their possible return it could result in a rather different effect. The so-called Hydra effect, the rise of more and more fighters to replace them, can be an immediate consequence of hard military measures. Jihadists believe in martyrdom and therefore killing these fighters will turn them into martyrs. Therefore, targeted killing can serve as a feeding ground for propaganda and will eventually result in the recruitment of more fighters for terrorist organizations.

Second, a possible consequence is that a policy of targeted killing could result in more violence. Fighters could seek for revenge and plan and execute an attack at home. Additionally, more fighters could decide that it is somewhat safer to leave the combat zone and return home. They can decide to proceed with the violent jihad in their country of residence, which is exactly what the policy of targeted killing is trying to prevent. Furthermore, by resorting to these military measures instead of, to say, law enforcement or soft policies, it can encourage a sense of legitimacy of terrorist activities. The political message following from the use of targeted killings may therefore be harmful to the attacking country’s interest.

Third, military measures such as targeted killing pose complex legal, political and moral questions. Implementing such policies has profound implications for European legal systems. The conflict in Syria is considered a non-international armed conflict to which international humanitarian law applies. Therefore, European governments have to implement drastic measures in order to legitimize their actions.  First, the government must implement a specific and proper risk analysis. To do this, it is necessary to identify all fighters who have a high probability of planning terrorist attacks or other extreme activities. The ease with which European jihadist foreign fighters can travel through the Schengen area to Turkey and across the border to Syria makes it more difficult for intelligence agencies to determine their exact numbers and identities.

Furthermore, authorities often lack solid information on the number of possible returnees. Obtaining this information requires therefore a position that is currently not available for various European agencies. Thus, it requires very intrusive measures to get this information, not only with investment in eyes and ears on the ground in Syria, but also in intelligence services and information gathering at home.

To illustrate the potential preventive effect of certain measures, one can look for solutions that are available at different levels within society, at both the national and international level. These include de-radicalisation programmes, criminal prosecutions and administrative sanctions, including the removals of passports and even the withdrawal of citizenship. Other measures can be an emergency phone lines for parents with radicalised children, a credible counter-narrative, preferably from a former and disillusioned foreign fighter and making youngsters feel more included in society by offering them jobs and opportunities to build up a future.

In sum, targeted killing is not an effective way in dealing with the possible return of foreign fighters in the long run. This is not to say it is not effective at all. Rather than to focus on one way of dealing with this phenomenon, governments should try to find a balance between different measures. Such a holistic approach is however easier said than done and therefore there will not be an immediate solution to the problem. It seems that in practice, states still mainly want to show muscles and therefore not focus on preventive measures.