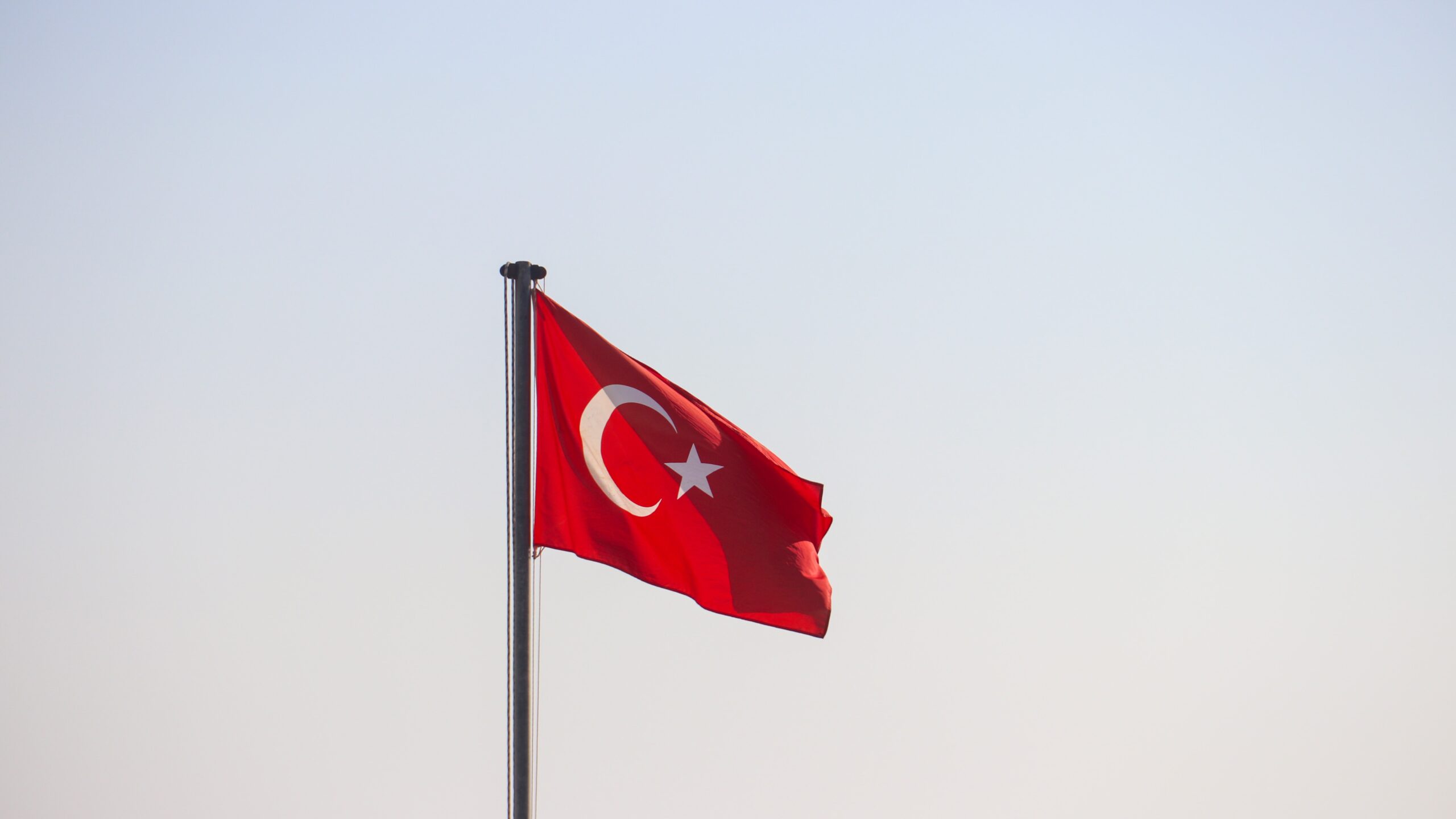 Mr. Kemal Akyel is an external PhD candidate at the Institute of Security and Global
Affairs of Leiden University. His research focuses on the evolution of Mackinder’s
Heartland Theory into the ‘pivot state’ concept. He traces the course of events until
today and the pivot states’ roles in geopolitical considerations of twenty first century
with an emphasis focus on the pivot state of Turkey. JASON Magazine interviewed Mr.
Akyel to discuss Turkey’s engagement with great powers in the wake of power shifts,
the risks and opportunities this pivot has produced in regards to security dynamics, and
Turkey’s pivot towards Eurasia.

Your Ph.D. research focuses on the concept of “Pivot States” first brought forward by
Halford John Mackinder in 1904. Could you please provide an overview of the concept
and what it entails?
The word ‘pivot’ reflects dual meanings, as a noun and as a verb.’ In the former
meaning, the pivot states are the ‘central’ crucial regions around where most of the great
powers’ activities occur. In the latter, pivot states can ‘pivot’, or move from one great
power to another. Pivot states are defined as having ‘military, economic or ideational strategic assets
that are coveted by great powers.’ They are at the center of ‘overlapping spheres of
influence of these great powers. Pivot states leverage their strategic resources to establish
‘one-on-one relations with multiple other governments,’ as such they pit one great power
against another to maintain their advantageous position. Any change in their pivoting
posture possesses significant consequences for both regional and global security.
The pivot state was originated by Mackinder in his famous article ‘Geographical
Pivot of History’ contending that because of its significant geographic location ‘all states
are likely to rotate round the pivot state.’ In his description, the pivot was not a state but a
territory at the heart of the world island that was occupied by a superior power, namely,
Russia compared to other ‘surrounding insular and marginal powers’. Hence, a pivot with a
relatively superior position should not be under the control of one continental power, which
led this power to rule the world. While his initial definition refers to a territory, it has been
evolved to pivot state over time. The pivot state concept has two main dimensions: the power dimension and the
geopolitical dimension. The concept explains the differences in the engagements of the
states through their pivoting position, spheres of influence/interest of available great powers, and the state’s strategic assets in three domains; military and economic which falls
under the power dimension, and ideational together with geographical location fall under
the geopolitical dimension. Additionally. The concept focuses on the type of hegemony,
leitmotifs of the era, perception of ‘powerful’, and geopolitical conditions as
supplementary factors for grasping state’s associations in the global order. Power is
defined as the ability of one’s influence ‘to get others to do what others otherwise would
not do.’ A pivot state’s geopolitical dimension is that the pivot state concept adapts itself
according to the leitmotif of the given era like living organisms. Accordingly, since its
latest development, geopolitical considerations have changed. Thus; I argue that the
current pivot state description should also include today’s dynamics, human quality,
technological innovation, cyber, and democratic institutional strength. For example, Elon
Musk’s assets net value is 266 billion dollars which is equal to Finland’s 2020 GDP.

Your development focuses on the Pivot States of the Middle East but more specifically
Turkey. Why have you chosen Turkey exactly?
Occupying territory at the crossroads of Europe and Asia, the strategic sea line of the
Black Sea through two straits (Bosphorus and Dardanelles Straits) and the eastern
Mediterranean Sea, sitting on the strategic and historic heritage line of influence stretching
from the Balkans to the Caucasus and the Middle East, Turkey has always been seen at
the spheres of influence of great powers. Moreover, Turkey is among the top four pivot
states according to recent reports.
Turkey has been at the center of historic moments. During its initial years of
foundation, it focused on recovering, reuniting, and a revolutionising a Western identity
engineered by applying a ‘multilateral and neutralist’. This foreign policy was embodied,
when Turkey joined the League of Nations in 1932, allowing it to safeguard itself by
initiating non-aggression pacts. During and after WWII, in the face of Soviet Russia’s
aggression, Turkey’s pivot to the West continued by joining NATO in 1952. Turkey’s
pivot to the West slowed down due to the Cyprus crises from the 60s to 70s. In this period
Turkey signed an association agreement with European Community in 1963. After the
demise of Russia in the 1990s, Ankara developed a new pivotal role model for the newly
independent Turkish republics in the Caucasus in envisioning a Turkish World from ‘The
Arctic to Grand Wall of China.’ Simultaneously Turkey entered the EU Custom Union in
1995 and became a full member candidate in 1999. While developing its ties in the
Caucasus, it supported the Gulf War on its Western ally’s side, it joined the Organization for Economic Co-operation and Development (OECD). In the same period, Turkey was joining peacekeeping missions in Kosovo and Bosna Herzegovina. Turkey’s EU accession process has commenced through intense reforms and
regulations in 2005. The onset of the Arab spring, Obama’s first overseas visit was to
Turkey proposing it as a role model again for the Arab world as a Muslim, secular, and
democratic country. This coupled with improvement in Turkey-Russia relations,
particularly in energy and tourism. In 2016 amidst the exceptional influx of Syrian refugees, a landmark agreement has been done between Turkey and the EU to control the flow. It is not a coincidence that
Turkey was among the few countries that former German chancellor Angela Merkel
visited before her retirement. Furthermore, Turkey has been providing energy security for
the EU and aiming at becoming an energy hub through a web of pipelines some of which
were proposed by its Western allies and interestingly some by Russia such as the Turkish
Stream. Turkish Armed Forces are the second biggest military at the Southeastern flank of
NATO. Turkey has engendered an economic growth of the top 20, hence it’s status as a
G20 member. Additionally, Turkey is one of the most visited countries thus has become an
attractive tourist destination, with its soap operas being popular across the world.
Therefore, for me, it was very useful to operationalize the pivot state concept in the
case of Turkey who has so wide a sphere of influence. Needless to say, my Turkish
nationality and having worked with governments made the case solid and effective.

It has been observed that pivot states are often caught in the middle of great powers’
spheres of interest and leverage their assets to have relations with multiple great powers
(sometimes set one great power against another) to preserve their interests. This shift of
engagement has recently been observed with Turkey’s buying of the s-400 missiles from
Russia. How has this shift affected the geopolitical dynamics in the region?
Indeed geopolitical changes in the region have started with two international and one
domestic significant event. Namely the US withdrawal from Iraq, the Arab Spring in 2011,
and the coup attempt in Turkey in July 2016. During the Arab Spring, the authoritarian
regime was toppled in very limited countries, it triggered major uprisings and social
violence, particularly in Libya, Egypt, Yemen, and Syria which caused a power vacuum
across the region. This power vacuum was filled by terrorist organizations in the region
like ISIS. This was coupled with US military withdrawal from the region when the US announced its pivot to Asia policy against the revisionist power, namely China, during the
same period. When the Arab Spring came to Turkey’s border in Syria along with the ISIS threat,
the long-standing two allies, US and Turkey, had a diverging solution. While the former
wanted to use the Kurds against ISIS via the Syrian Democratic Union Party (PYD) forces,
the latter saw them as terrorist organisation due to their links to the Kurdistan Workers’
Party (PKK). Turkey placed itself as supporting the opposition groups against Assad. As a
result, Assad invited Russia as a remedy against this front in September 2015. Russia’s
interference in Syria changed the whole geopolitical picture in the region. This coupled
with Turkey’s shut down of a Russian jet on the 24 November 2015, caused a great shock
across the NATO allies. In June 2016 Erdogan sent a letter to Putin expressing his
sympathy and condolence for losses which was interpreted as an apology in international
politics that melted down the relations between Russia and Turkey. In this environment,
Turkey experienced a coup attempt in July 2016 and allegedly could not find support from
its allies -the EU and US. This development deepened the crack between Turkey and its
allies in the region which caused a feeling of isolation. Under these geopolitical changes,
Turkey announced its purchase of the S-400 missile system in 2017, and it was delivered
in 2019. Turkey’s purchase of the Russian S-400 missile system caused a set of sanctions
imposed by the US against Turkey. Turkey was excluded from the F-35 Fighter Jet
program. This paved the way the expansion of other pivot states power projection in the
region. As the pivot state concept argues the change in pivotal states’ positions has
consequences that could lead to new alignments and unions. Turkey’s Russian S-400
missile purchase diminished its pivotal status that provides flexibility in its engagements
due to the lacking support of the US and the EU. Reversely, the US drew a new safe line
from Greece and deployed many troops to Greece instead of Turkey. Besides, Egypt and
Israel gained influence that initially emanated from hydrocarbon reserves in the Eastern
Mediterranean region rapidly spilling over political and military alignments. Therefore, it
is safe to argue that after Turkey’s S-400 purchase, its pivotal status had a relative decrease
and a long effort of reconciliation with neighboring countries, allies, and regional powers.
Having Russia in the region triggered the US to have more allies with states who pivot to
the US. The attraction of the US against Russia’s spheres of influence increased the
mobilization of the pivoting to the US among these states, namely Egypt and Israel. Thus, the US will keep supporting these two countries as well as a careful association with Turkey that might lead to reconciliation in their ties.

Part 2 of the interview will be published next week.