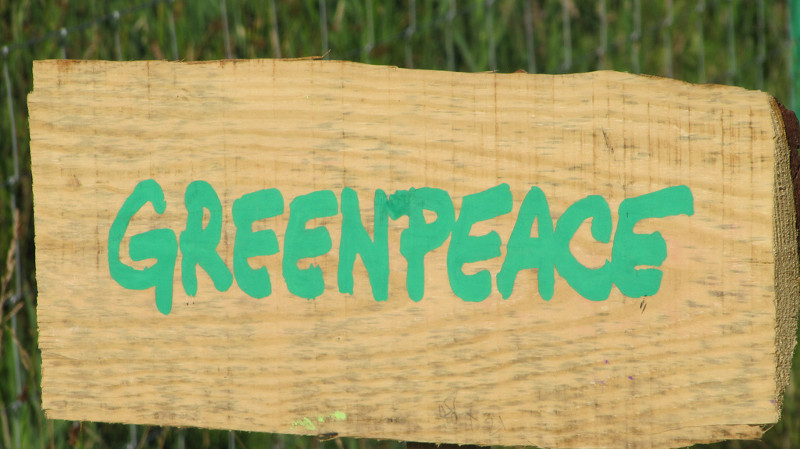 A group of Greenpeace has tried to get aboard of a Gazprom oil platform in the Barents Sea, more precisely in international waters, according to media reports. Camera footage shows indeed at least two persons climbed the platform, while several others in some rubber boats floated aside of the oil rig. The Russian coastguard, as the footage shows, fired multiple warning shots in an attempt to stop the climbing of the platform. Subsequently, the Arctic Sunrise, the Greenpeace ship, was boarded and seized and towed to the port of Murmansk. Thirty activists are charged with piracy.

According to an AFP news article Greenpeace International executive director Kumi Naidoo stated that these charges are ‘extreme and disproportionate’, that it ‘is an outrage and represents nothing less than an assault on the very principle of peaceful protest.’ Also, questions were raised on the legality of the boarding of the Greenpeace-ship, by the Russian authorities.

What is piracy, and are those charges against the activists indeed ‘extreme and disproportionate’?

The Law
Under international law, the United Nations Convention on the Law of the Sea (UNCLOS) states that piracy is any illegal act of violence committed for private ends by the crew or passengers of a private ship on the high seas and against another ship or persons aboard of such ship.[1]The subject of attack could also be ‘a ship, aircraft, persons or property in a place outside the jurisdiction of any State.’[2] The attacking ship is named a ‘pirate ship’, to which every state has the right of seizing it and arresting the persons in order to bring them before court.[3]

According to the Russian criminal code, piracy is the ‘[a]ssault on a seagoing ship or a river boat with the aim of capturing other people’s property, committed with the use of violence or with the threat of its use’. [4] Paragraph two adds: ‘The same act committed with the use of arms or objects used as arms’. Paragraph 3 provides for a higher sentence when the acts in the first or second paragraph ‘have been committed by an organised group or have entailed, by negligence, the death of a person, or any other grave consequences’. Russia claims criminal jurisdiction over such acts when they occur outside of territorial waters, but ‘on the continental shelf and in the exclusive economic zone of the Russian Federation.[5]

Assessment of Some Issues
Both under international as under Russian law, piracy is committed against a ship. Here the first problem arises: Could an offshore oil drilling installation, such as the Gazprom platform in this case, be seen as a ship? Under international law however, such platform is probably not seen as a ship when it is fixed to one location.[6] Arguable, such installation, or the persons on it, are neither included in the phrase ‘ship, aircraft, persons or property in a place outside the jurisdiction of any State’, since ‘place’ – according to the International Law Commission explaining the predecessor of the UNCLOS containing the same phrase – is not an area on sea, but for example an area on islands belonging to no state.[7]Whether such platform is a ship in the context of the Russian Criminal Code, is to be assessed by a Russian court.

Assuming the Russian court does so, we can focus on the next problem. Under Russian law, merely the element of violence, where the UNCLOS also encompasses ‘illegal activity’, has to be proved in order to establish piracy. Climbing an oil rig when you were not authorised to do so, is clearly an illegal activity, not necessarily violent. Not by reputation and not by the known facts, Greenpeace uses violence in order to demonstrate. However, I can imagine that the storm of an oil rig looks violent, especially to the crew on it. So far, under Russian law piracy cannot be proven, due to the lack of the use of violence.

Conclusion
When the Russian courts ‘cherry-picks’ creatively in both the Russian and international definition of piracy, it is possible to establish piracy. It is likely that piracy cannot be established. However, this does not make the accusation ‘extreme and disproportionate’. At first sight the storm of an oil rig is something that has to be tackled, by action and by law. The intention of the activists might have been known in advance, however, the act itself could encompass more. Action by the Russian coastguard, such as boarding the ship, is in principle not strange.

The charges could serve the purpose of justifying that action. The fact that piracy is a crime which knows multiple definitions, from very broad to very specific, should not let it unused. It is up a court to determine if the acts indeed fit the legal description of piracy.

The argument that the charges are ‘an assault on the very principle of peaceful protest’, is incorrect; After all, protesting does not give a carte blanche to break the law and storm someone’s property.

[6]See Mikhail Kashubsky, Can an Act of Piracy be Committed Against an Offshore Petroleum Installation? In: Australian and New Zealand Maritime Law Journal, Vol 26, No. 2 (2012), p. 166