Pakistan Between Terrorism and Tourism 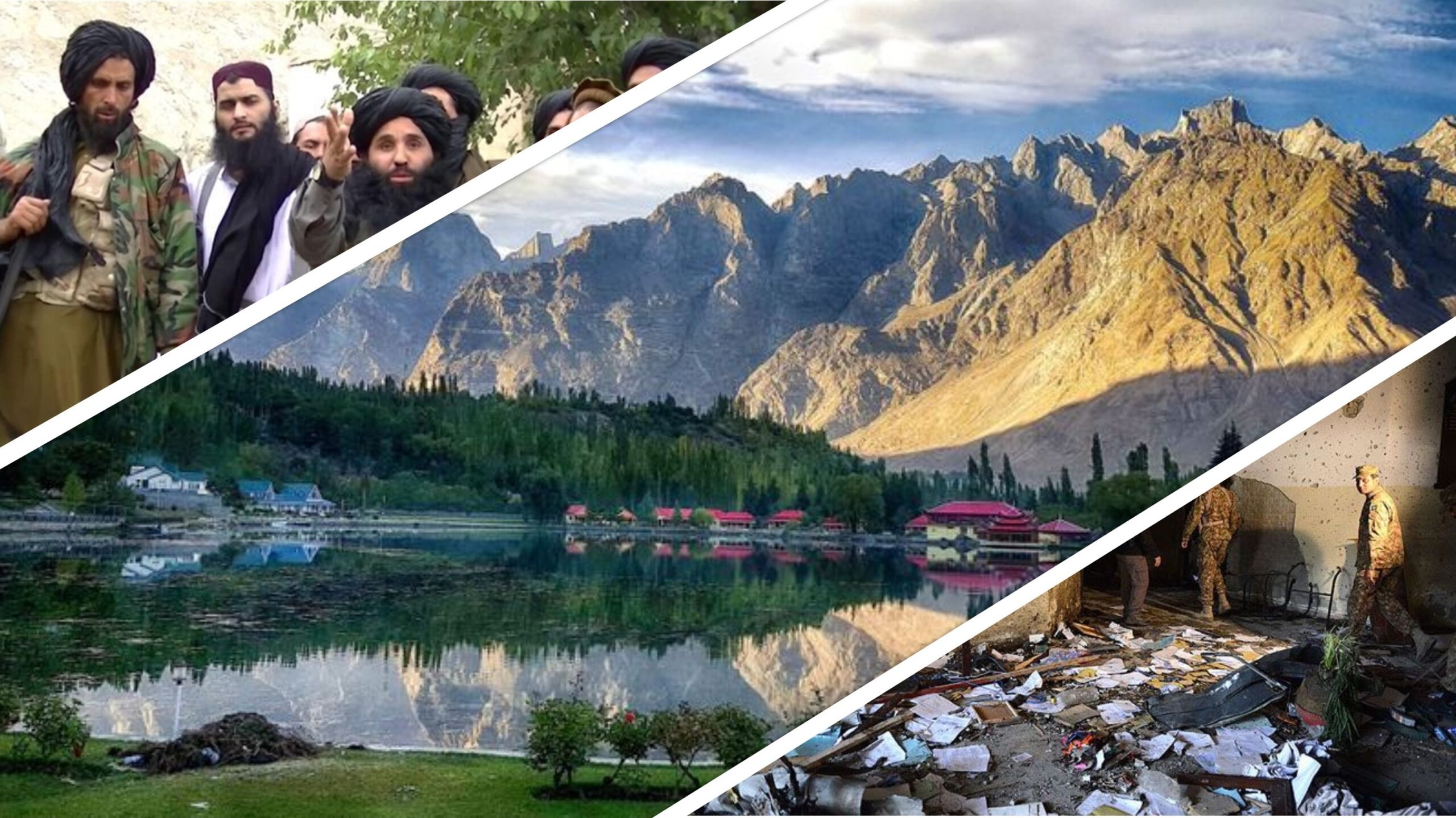 In late 2019, British Backpackers Magazine, as well as the Conde Nast Traveler, announced Pakistan as one of the “most exciting destinations for tourism in 2020”, particularly for adventurous travelers looking for low cost opportunities. This comes as a surprise for anyone who remembers that only 13 years ago, Pakistan was named one of the most dangerous countries in the world and was home to no other than Osama Bin Laden.[1][i] Although no country is the same in terms of its culture, organisational structure and military capacities, an analysis of how Pakistan managed to address its security situation so effectively in the past decade could support other countries such as Afghanistan to deal with similar challenges.

Pakistan has long been the breeding ground for organisations such as the Taliban and Al Qaeda, and suffered from terror attacks long before it became internationally renowned as such, due to the American War on Terror. The decision of the Pakistani government to abolish support for (some divisions of) the Taliban and to support the United States initiated a new wave of violence in the country.[2] Drone strikes by the USA on suspected terrorist targets in Pakistan resulted in a spike of retaliations targeting Pakistani security forces as well as civilians.[3] In fact, it is estimated that almost 20,000 civilians died between 2002 and 2014 as a result of the new wave of terror, as well as more than 6,000 members of security forces.[4]Attacks were committed not only by Taliban members and Al Qaeda, but also by numerous other organisations that entered into existence as a response to the War on Terror.[5] The Islamic militancy organization ‘Tehriki-Taliban Pakistan’ that was founded in 2007 is considered responsible for approximately 88% of all attacks since then and caused an upsurge in terrorism in Pakistan between 2007 and 2014.[6] As most terror organisations found their base in the region of North-Waziristan (and were left practically untouched by the government), a famous Pakistani author coined it an “international jihadi tourist resort.[7]

Therefore, it can be argued that the decision of Pakistan to abandon support for the Taliban and become America’s ally in the War on Terror, while also maintaining a conflict with India, was basically a decision to sacrifice its short-term internal security and stability to avoid being targeted by the US itself. Since the new wave of terror commenced, the government attempted to prevent and address the attacks through legal frameworks, policies, and support for UN resolutions on terrorism at the time. However, none of these attempts were successful in effectively preventing terror attacks and curbing terror organisations in the country.[8] The Pakistani government left responsibility to combat terrorism with the army, even after strong criticism from outside actors such as the USA, and the implementation of national security policies was hindered by tensions between federal and regional governments on security policy formation.[9] Shortcomings of policy documents addressing terrorism included the lack of allocation of resources to implement the goals, lack of assigning responsibility to different government actors, and the lack of a more holistic approach to countering terrorism by addressing breeding groups or reforming education.[10]

For a long time, the government tried peaceful negotiations with the Taliban rather than violent responses. As the prime minister explained in 2014, “despite the sacrifices of our soldiers we gave peace talks first priority but our efforts were rendered in vain”.[11] Therefore, the inability of Pakistan to address terrorism was caused by multiple weaknesses in its policies and approaches as well as by the lack of proper coordination among all actors involved.

The tables have turned

The year 2015 is considered by the Pakistani Institute for Peace Studies (PIPS) as a “landmark year in the history of Pakistan” with 48% less terror attacks compared to 2014.[12] Two main causes have been named for this drastic decline, namely the newly designed National Action Plan to counter terrorism and extremism, and the long-awaited counterterrorism operation ‘Zarb-e-Azb’ in North-Waziristan.

It seems that a devastating attack on an army school in Peshawar constituted ‘the final straw’ for the Pakistani government. The prime minister called an ‘all-parties-conference’ during which the new National Action Plan was developed.[13] As this effort included all political parties and military leadership, and received unprecedented support from across the country, it can be seen as the whole country’s vow to establish internal security.[14] The National Action Plan is a clear signal of cooperation between different political parties and of the support from parliament and opposition for the government’s anti-terror efforts.[15] Therefore, this Plan can be seen as an all-encompassing framework for anti-terrorism responses, connecting different law enforcement agencies and actors, and their incoherent responses, in a comprehensive counterterrorism framework.[16] However, to some extent the National Action Plan suffered the same fate as prior counterterrorism policies, namely slow and ineffective implementation due to unclear assigned responsibilities and the lack of one centralized mechanism. Despite the limited progress in implementation, PIPS perceives that certain actions designed under the Plan may have helped to sustain the decline in terror attacks over the past five years.[17]

The simultaneous military operation Zarb-e-Azb symbolized the end of Pakistan’s attempts to peacefully negotiate with terrorist organisations and with the Taliban in particular. As stated by the Prime Minister, “We will change the fate of this country and under no circumstances will the country be allowed to serve as a safe haven for terrorists. Whatever the cost, this nation will never be handed over to terrorists!”.[18] Operation Zarb-e-Azb aimed to lift the status of North-Waziristan as terrorist safe-haven by destroying all hideouts and subsequently the military groups residing in the region. By December 2015, the Pakistani army claimed that it had killed 3400 terrorists and demolished 837 hideouts,[19] and by 2019, Pakistan reported that all terrorist sanctuaries were destroyed.[20]

Despite the progress made in the past six years, Pakistan’s terror problem has never been fully eradicated. In fact, PIPS reported in 2019 that North-Waziristan was reemerging as terror hotspot and blamed the slow and ineffective implementation of anti-terrorism policies. Furthermore, Pakistan still struggles to address financing of terrorism in the country.[21] However, the improved security situation compared to 2002 – 2014 has resulted in relieved travel recommendations for Pakistan by foreign ministries. The US, for example, praised the greater security resources and infrastructure in major cities and the reduced number of terror attacks.[22] As a result, Pakistan is becoming more popular as a tourist destination.

Both the improved security situation as well as the challenges that remain demonstrate the importance of a holistic counter-terrorism approach which is not dependent on governmental stability. One major factor contributing to the improved security situation in Pakistan was the capacity of the prime minister in 2014 to create consensus among political parties and stakeholders in counterterrorism, which resulted in the National Action Plan and the effective Zarb-e-Azb operation. However, the elements that caused ineffectiveness of prior policies (i.e. lack of coordination, slow implementation of policies, etc.) are still present today and prevent Pakistan from fully eradicating its security dilemmas. It seems that the success of NAP should be perceived only in relation to the military operation. Without Zarb-e-Azb, it is doubtful that the NAP would have made any impact. On the other hand, the NAP aimed to sustain the impacts of the military operation which may have had less long lasting impact without simultaneous policy responses.

There is an important, though not unexpected, lesson to learn from the experience of Pakistan, namely that the resilience of a country to terrorism closely correlates to its ability to implement policies effectively across different governmental levels. Military action alone may have direct impact, but policy reform and holistic strategies are necessary to sustain the results of military interventions. Unfortunately, countries with heightened terrorism levels are often also without strong government structures able to implement counterterrorism policies (e.g. Afghanistan and Somalia). For this reason, Pakistan is an interesting case study as it managed to (partially) disrupt its vicious circle. It can be expected that in upcoming years, more research will be conducted on Pakistan’s anti-terror efforts. And other countries will be ready to learn.

[2] Muhammad Khalil Khan and Lu Wei (2016) “When Friends Turned into Enemies: The Role of the National State vs. Tehrik-i-Taliban Pakistan (TTP) in the War against Terrorism in Pakistan” The Korean Journal of Defense Analysis Vol. 28, No. 4.

[6] Muhammad Khalil Khan and Lu Wei (2016) “When Friends Turned into Enemies: The Role of the National State vs. Tehrik-i-Taliban Pakistan (TTP) in the War against Terrorism in Pakistan”

[10] Shuja Nawaz (2016) “Countering Militancy and Terrorism in Pakistan: The Civil-Military Nexus” US Institute of Peace, Washington.