NATO’S PAST AND FUTURE: WHY RETURNING TO COLD WAR CAPACITY IS NOT THE RIGHT OPTION 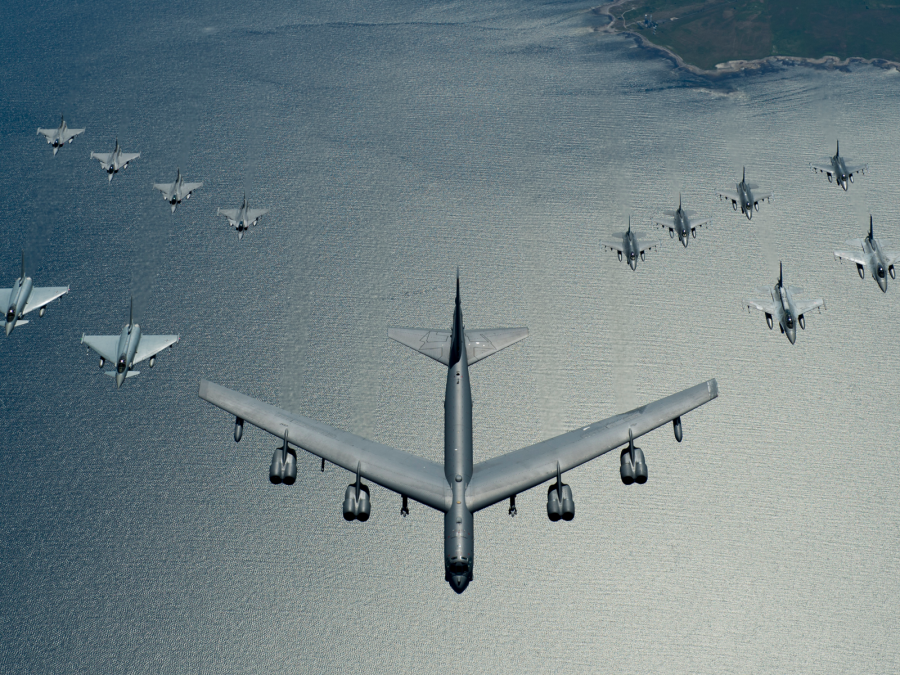 On the 8th of November this year, NATO Secretary General Jens Stoltenberg announced that NATO will open two new headquarters in Europe [1]. The headquarters will serve important roles in implementing new command structures in order to bolster NATO’s effective response to a possible Russian threat [1]. These decisions have been the latest developments in the effort to increase NATO’s capacity in eastern Europe and the Atlantic. This trend began in 2014, when Russia annexed Crimea and established itself as a possible threat to stability in eastern Europe. The rise of Russia as a potential threat has led to increasing support among the member states for capacity building within NATO, with more rapid reaction forces being sent to Poland and the Baltics in anticipation of possible Russian aggression [2]. This has led to the revival of Cold War narratives, with questions arising if the world is at the start of a second cold war. This article looks at NATO’s future in providing collective security in Europe and the Atlantic by looking at NATO’s past and the new threats it is facing.

NATO’s past and changing identity

During the cold war, NATO’s primary function was to provide military cooperation between western Europe and the United States against the threat of the soviet union through providing collective security of its member states. At its peak, NATO had 33 headquarters and over 22 thousand employees keeping these important locations functioning [4]. During this time, NATO was exclusively focussed on military operations, using simulations and wargames to integrate specific command structures. However, NATO’s dominant position changed when the Soviet Union fell and the cold war ended [3]. Critics saw NATO as obsolete, as the Soviet threat was gone and collective security had been guaranteed in Europe and the Atlantic. This sentiment was visible in the cutbacks to defence budgets of NATO member states and the decrease of capacity within the organization itself. With the Russian threat gone, NATO asserted itself in a post-cold war world by prioritizing energy security and by carrying out peacekeeping missions in accordance with the Responsibility to Protect doctrine, with the interventions in Kosovo in 1991 and Libya in 2011 being the most noteworthy examples. NATO enlargement was also important for the development of the organization, with the Baltic states and several former Warsaw pact member states joining NATO between 1999 and 2004. However, these post-cold war developments reversed after the Russian annexation of Crimea, which established Russia again as the dominant threat.

A return to cold war capacity?

Even though the rise of the threat of Russia forces NATO to adopt a larger role in maintaining the security of its member states, it is not possible for the alliance to go back to the function it had in the cold war. Despite increasing contributions from European member states, NATO is still far removed from the capacity it had during the cold war. At present, NATO only has seven functioning headquarters and only a fraction of its cold war military strength in the Baltics [4].

Furthermore, world developments of the post-cold war period have created new priorities for NATO as an alliance, which will require it to adopt a more indirect role than its cold war one. For instance, NATO works together with Russia in combatting ISIS and in engaging diplomatic ties with Iran [4]. These are indications that the confrontation with Russia is less direct in every way than it was in the cold war.

Even so, Russia’s strategy of hybrid warfare, which was used in the annexation of Crimea in 2014, caught NATO off-guard [5]. Russia’s strategy was highly effective, as it blurred the military and civilian dimensions and used Russia’s advanced cyber capabilities. In order to counter this threat, NATO needs to create quick, effective reaction forces as an initial response while developing its energy- and cybersecurity. The new logistical command is a big step in developing the response power of NATO, because it will allow the deployment of forces to the Baltics on an extremely short notice in a crisis situation. Steps to counter hybrid warfare are already being taken in Ukraine through NATO projects on communications, cybersecurity and crisis responses [5]. Lastly, NATO will integrate cyber in all of its operations, stressing the importance of the cyber domain next to the other military domains of land, air and sea [1].

It is clear that the challenges NATO faces are entirely different than the ones it faced during the cold war. Returning NATO to cold war role and capacity will be unnecessary and ineffective. Instead, NATO should focus on key issue areas while developing quick responses to possible threats. This way, NATO will be able to fulfil its role as provider of collective security in Europe with only a fraction of its cold war budget. Large steps have already been made to make sure NATO fits this role but many more are needed in order for NATO to assert itself in the 21st century.