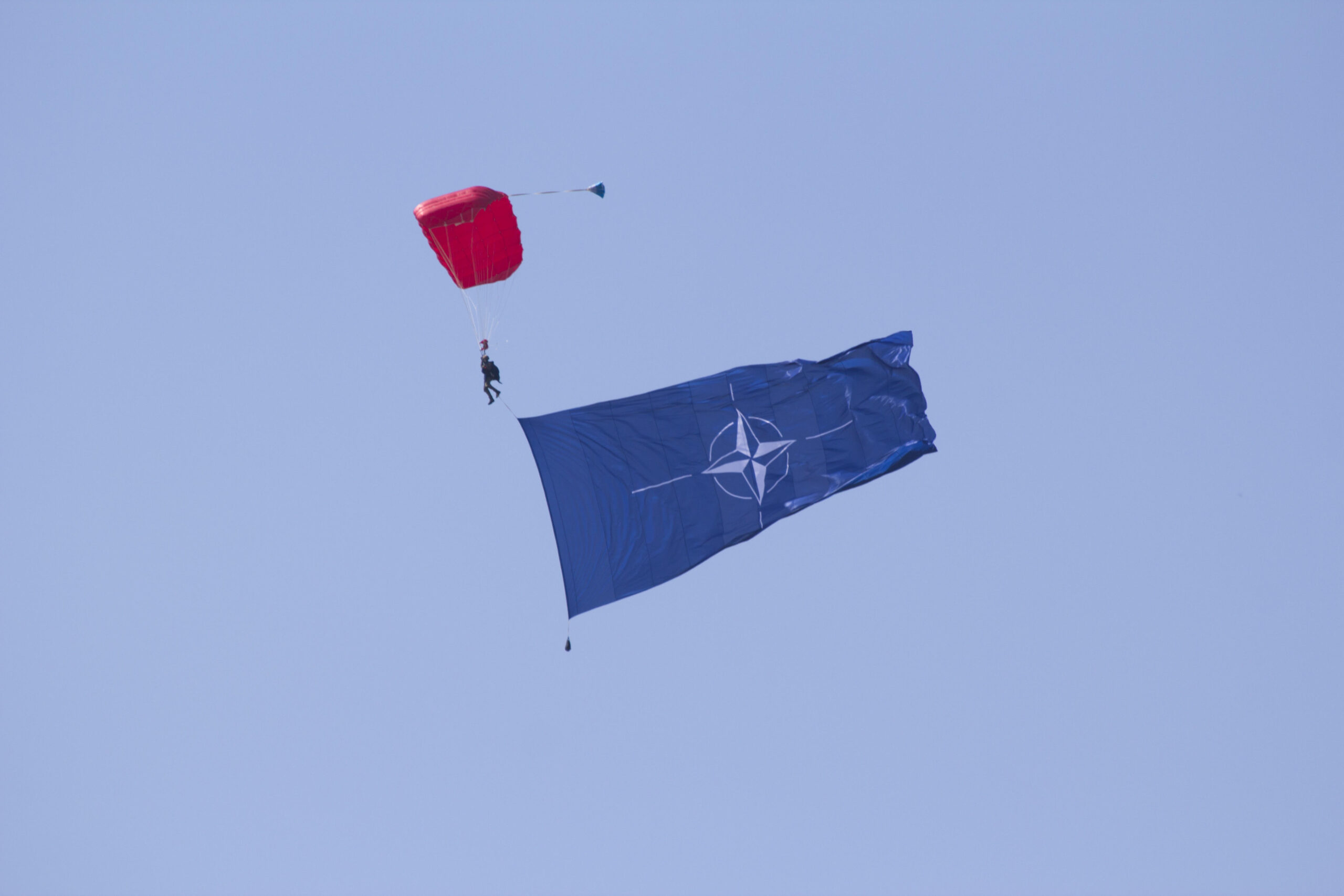 This article provides a short overview of the history of the North Atlantic Treaty Organization (NATO). It examines the current state of affairs of the organization and offers a glimpse into the future.

East vs. West
The organization NATO was created on April 4 1949 by the Washington Treaty, with the Netherlands as one of the Founding Nations. The immediate cause for its establishment was the threat posed by the absence of demobilization of the Soviet Union after the Second World War. Behind the Iron Curtain the Soviet Union kept many troops ready, which made Western countries feel threatened. The idea behind NATO was “one for all and all for one.” On that principle article 5 of the Treaty is based: Allies regard an attack on one of them as an attack on all.

In 1989, after the fall of the Berlin wall and the collapse of the Soviet Union and the Warsaw Pact, NATO’s right to exist seemed to be disappearing as well. Ties to Russia strongly improved and the threat diminished. This resulted in a peace dividend being collected from Allies and a downsizing of NATO’s command structure. In actuality, there remained only one supreme ruler in the world, the United States. It seemed like Western liberalism would rule the world from that point on.

Shift to Crisis Management
The world and especially the US were harshly awoken from this dream on September 11, 2001. A non-state actor, terrorist organization Al-Qaeda, saw an opportunity to launch a large-scale attack with civilian means on the economic and military heart of the US: the Twin Towers and the Pentagon. The fact that the political heart of the country, the White House, escaped the attacks was due to the heroic actions of passengers. 9/11 would go into history as the first and – for the time being – only time NATO has called article 5 into action. Probably nobody in 1949 had imagined this would happen against a non-state actor.

9/11 announced the beginning of a period in which Crisis Management dominated NATO policy. Both the command structure and the respective armed forces were set up accordingly. For the Netherlands, this meant an emphasis on the Second Main Task, namely to contribute to the international legal order. Large-scale action disappeared from strategic thinking, and the armed forces of most Allies were no longer able to do this either. ISAF (International Security Assistance Force) in Afghanistan was a result of 9/11 and serves as an example of a NATO crisis management operation outside of the Euro-Atlantic treaty area.

Back to Collective Defence
The year 2014 marked another turning point in the history of NATO. In the spring of 2014, Russia annexed the Crimea. Using hybrid means, Putin quickly presented Ukraine and the West with a fait accompli. This was a wake up call for NATO. Allies began to realise that strategies of Collective Defence and deterrence in regards to Russia had to be placed high on the agenda again. During the NATO Summit in Wales that year, heads of states and governments agreed to spend 2% of their Gross Domestic Product on defense.

Since then, NATO has taken a number of measures. In the Baltic States for example, enhanced Forward Presence (eFP) was stationed, an armed force of several Allies. This force is a kind of “tripwire” for the Russians: if they cross the border, they will have a conflict with various Allies. NATO’s command structure has been adapted and expanded with over 1200 positions. Transformations are taking place in readiness and strengthening so that Allies will be able again to take large-scale action in reference to Collective Defence.

Glimpse into the Future
Wars in the future will not only take place between symmetrical forces opposing each other. All means of power will be deployed, in a mixture called hybrid warfare. Threats will no longer be geographically bound, but means of influence and coercion will increasingly acquire a “360 degrees” character, through cyber threats, strategic communication and manipulation, among other things. These threats are all around us and continuously present.

NATO is fully involved in these developments. It recognizes not only state threats and threats from terrorist groups, but also the methods used by these actors, on land, in the air, at sea, in the cyber domain and in space. While the emphasis is still on the ultimate military means of power, the Alliance is aware that these are inseparable from other civilian means. Cooperation with other organizations, such as the European Union, which has access to civilian means of power, is therefore crucial.

The Netherlands will have to contribute its fair share. This has not happened in recent years. Dutch defense expenditure is lagging behind the agreements made at the 2014 Wales Summit, because our country spends about 1,5% instead of 2% on defense. Out of thirty Allies, this makes the Netherlands one of the four who spend the least on defense. An investment of billions is necessary to make the armed forces future-proof and to play our part in achieving peace and security.

Conclusion
Over 70 years of peace in the West is undoubtedly partly due to NATO. The strength of the Alliance has always been located at the Centre of Gravity: the unity/cohesion of the – now thirty – member states. The fact that decisions are being made by consensus often causes delays, but a decision taken by @30 is solid as a rock: unity makes power. For the Allies, membership has proven to be a solid assurance of their safety. Deterrence of peer competitors has worked and World War III has not broken out.

NATO has endured several crises, but the organization has proven to be adaptive to changing political relations. The switch from collective defence to crisis management and back show the flexibility of the Alliance. If the organization continues to keep up with the time and maintain unity, it will be able to guarantee the safety of their member states throughout the coming decades as well.