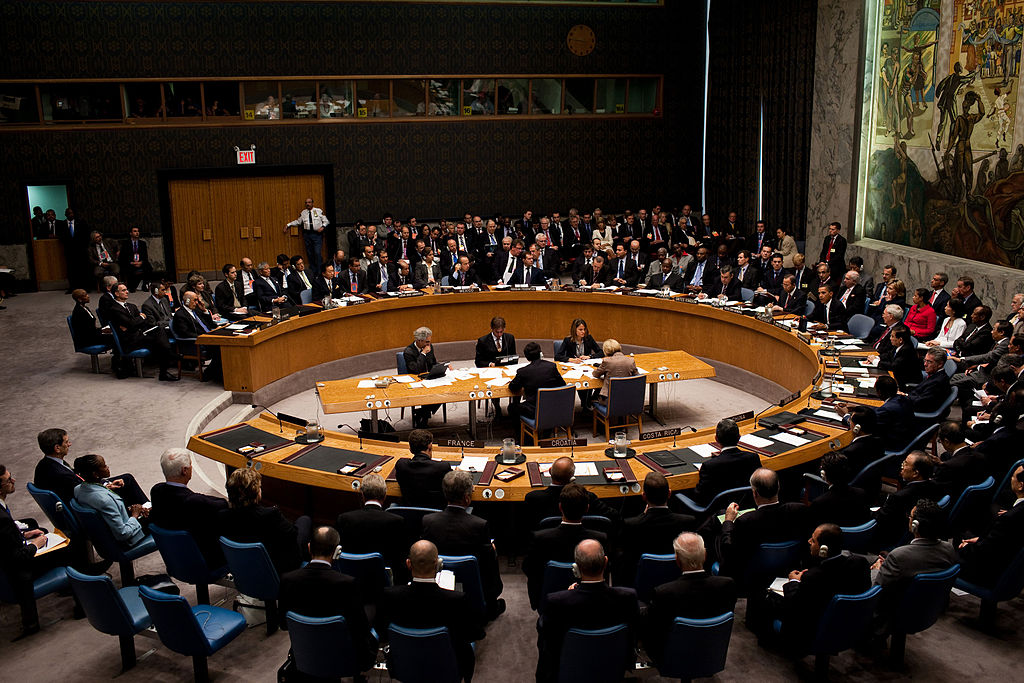 Back in 1945, during and shortly after the conferences which established the UN, Hans Morgenthau was critical about the creation of this major institution. He foresaw two major obstacles in the formation and functioning of the UN as a unifying, peace- and security keeping force. Firstly, he regarded the UN as lacking a single moral and physical authority which would be capable of preserving international peace when the definition of the established status quo was being challenged. Secondly, and most importantly, he regarded the UN as lacking the establishment of a shared and unifying moral and social reality. This moral order is necessary for an institution such as the UN in order to solve the problem of quis custodiet custodies. [1] No legal order is solely capable of restraining and controlling its political elite, but, luckily, the moral order is. Morals are foundational to the enforcement of (legal) compliance of its elite and the inherent standardization of right or wrong convictions within the society, on which the UN could have received its normative functioning.
Now, more than 60 years after the establishment of the UN and the article of Morgenthau, I will assess whether he rightly foresaw the two obstacles in the functioning of the UN as a unifying, peace- and security keeping force or whether these two obstacles proved to be non-valid in the long run.

Authority and the Kosovo crisis

On 24 March 1999, NATO launched a lengthy program of airstrikes against the Federal Republic of Yugoslavia without the authorization of the UN Security Council (UNSC). The United States and United Kingdom had circumvented the UNSC in order to make sure a military intervention would happen. These states were afraid that if they would play it via the official channels, [2] Russia would have vetoed against this intervention. [3] It is precisely this situation, the uncontrollable actions of individual sovereign UN Member States that Morgenthau foresaw. Following Morgenthau, the international arena, in which the UN has to function, lacks social and physical forces which are capable of restraining the personal will and interests of these states. Consequently, the threat of war or actual war ultimately becomes the ultima ratio regum. [4]

But can one really say the UN lacks a single authority when the non-authorization of the UNSC for the intervention in Kosovo led to and is framed as the Kosovo crisis? [5] Accordingly, is this not actually proving that the UN is perceived to have a single, unified voice, as the circumventing of the legitimized channels of authority is seen as something unique and rare? Is this exception not saying everything about the normal state of affairs of the UN and its generally accepted authority?

I reject Morgenthau’s assessment that the UN is lacking a single authority: the UN has authority; its authority is real and it has generally been accepted and adhered to by the ‘international community’. [6] Only this authority is an imposed one – it is not chosen but given. Given through the inescapable system of the UN, a system which every individual state has to adhere to. Given by the values and the universalized, not universal, morals that every individual state has to internalize into their own state of affairs: otherwise a state simply cannot function in this established international order. [7]

This brings us to the second assessment of Morgenthau: the lack of a shared moral order. I reject Morgenthau’s assessment that the international arena lacks a moral order which is controlled by and can control the UN. The institutions of the UN are functioning due to a universalized moral order. This international moral order is forcing the UN to (legally) comply to the rules of its Charter, by supporting obedience to, and enforcement of, day-by-day operations. [8] Without a moral order, the UN would not adhere to, and feel constrained by, the international community. Moreover, through this moral order the UN knows its normative function within the world society, as the UN is often using its generally accepted ‘good’ norms and morals to legitimize its every decision. [9] Which are, in their turn, accepted as legitimate by the world community: affirming the generally accepted moral order in which the UN is a major player.

It seems then, that Morgenthau’s expectations were not fulfilled: the UN is still capable of being a single moral and physical authority capable of restraining the international community and being restrained itself through the established universalized moral order. Now, after more than sixty years since the establishment of the institutions of UN and the critical article of Morgenthau, the UN still is seen as a unifying, peace- and security keeping force by the enormous amount of member states which it is embracing and is being embraced by. Henceforth, it can be concluded that the UN’s will be able to uphold the moral and physical authority as long as they can influence, and be part, of that worldwide accepted universalized moral order, they largely created and approved themselves.

[1] Who guards the guardians

[2] Unilateral use of force authorized under Chapter VII of the UN Charter.

[7] Pahuja (2005) grasps upon these imposed values by stating that: ‘ The notion of the comity of (civilized) nations was replaced by an international community founded on “universal values.” These values provided the ground upon which interventions took place, based on the notion that these values are, and should be, universally acknowledged.’ pg.465.

[8] Such as the rules and procedures regarding a legitimate resort to war by the UN, triggered by Chapter VII of the UN Charter, following the consent of at least the five Permanent Members and one other Member State.

[9] Using human rights or humanitarian intervention reasons to legitimize UN’s decision to resort to war, for example: UN Security Council Resolution 1970 (2011) and the actual military intervention in Libya on the basis of profoundly human right violations of the people of Libya.