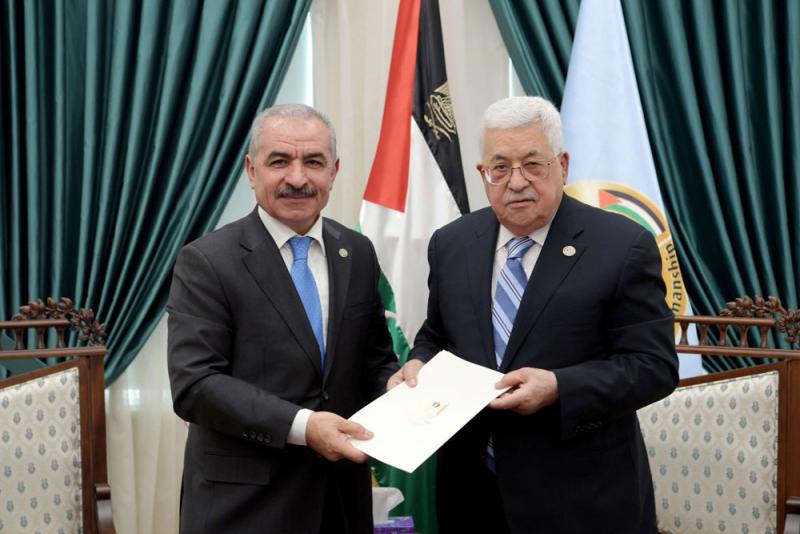 Last week, Palestinian president Mahmud Abbas appointed his new Prime Minister, dr. Mohammed Shtayyeh. He will be the successor of Rami Hamdallah, who resigned late January after the Fatah Central Committee recommended forming a new government in an attempt by Fatah to strengthen its control over the Palestinian Authority. This Sunday Read will focus on the appointment of Muhammed Shtayyeh, and its consequences for the internal political division of Palestina, mostly in relation to Fatah’s rival, Hamas. Furthermore, Shtayyeh’s position on Trump’s Middle East Peace Plan will be discussed, a plan which details will probably be revealed after the Israeli elections next month.

As a long-time ally of President Abbas, Shtayyeh is a senior official in the Fatah-party, the secular-leftist party governing the Westbank and leading the Palestinian Authority. Furthermore, Shtayyeh has been a strong defender of a two-state solution with Israel and was one of the peace negotiators during the Madrid Peace Talks in 1991 that set the parameters for the Oslo Accords in 1993 and 1995. Later on, he concluded several agreements with Israel concerning economic cooperation and Palestinian legislative elections. The last few years, he has returned to its role as a senior advisor on negotiation with Israel.

The appointment of Shtayyeh by Abbas can be seen as a move to further ouster rival Hamas from the centre of Palestinian political decision-making. Unlike the previous Prime Minister, who was politically independent, Shtayyeh is as a long time member of the Fatah-party and known for his strong opposition towards Hamas and their rule of the Gaza Strip. The Hamas Movement immediately responded to the news of Shtayyeh’s appointment by stating this move will create ‘a separatist government and will prolong Palestinian division’. One of Shtayyehs main tasks will be to initiate new talks with Hamas and to implement the reconciliation agreement between Fatah and Hamas signed in 2017, which calls upon the Palestinian Authority to retake administrative control of the Gaza Strip and reopen its offices in the coastal enclave.

The announcement of Shtayyeh can also be explained from an international perspective. In preparation of Trump’s ‘Deal of the Century’, Abbas needs someone who is capable of negotiating with multiple parties, as diverse as the Arab League, the Israelis and the Americans. While Abbas has stated over more than a year that the Palestinian Authority will not engage with the US administration or receive US officials after the move of the American Embassy in Israel to Jerusalem, he knows very well that the American administration can not be ignored on the road to achieving peace in the region.

At this moment, Abbas has chosen someone who does not only have political experience, but is a strong defender of a two-state solution with Israel. As a senior advisor to President Abbas, he attended several conferences over the past couple of years, in which he, for example, supported the French Initiative for a Middle East Peace Forum. Starting from a bilateral perspective, he is in support of engaging world powers to set Middle Eastern peace within a broader, multilateral framework. As a result of this approach, Shtayyeh has urged Russia and China to take a lead in the peace process, expecting a fallback in the peace negotiations due to Trump’s recognition of Jerusalem as Israels capital and his decision to withdraw crucial funds from the Palestinian Authority and UNRWA (United Nations Relief and Works Agency), which led to a financial crisis.

Bearing in mind the declining health of President Abbas, Shtayyehs appointment is a first step towards a post-Abbas era. Shtayyeh represents the generation who resisted Israeli presence in the Palestinian territories during the First Intifada in the late 1980s. Together with PLO (Palestine Liberation Organisation) chief-negotiator Saeb Erekat, head of the Palestinian Intelligence Majed Faraj and some other high-ranking Fatah politicians, Shtayyeh is part of the future of Palestinian politics.