Living among Giants: Ukraine and Taiwan 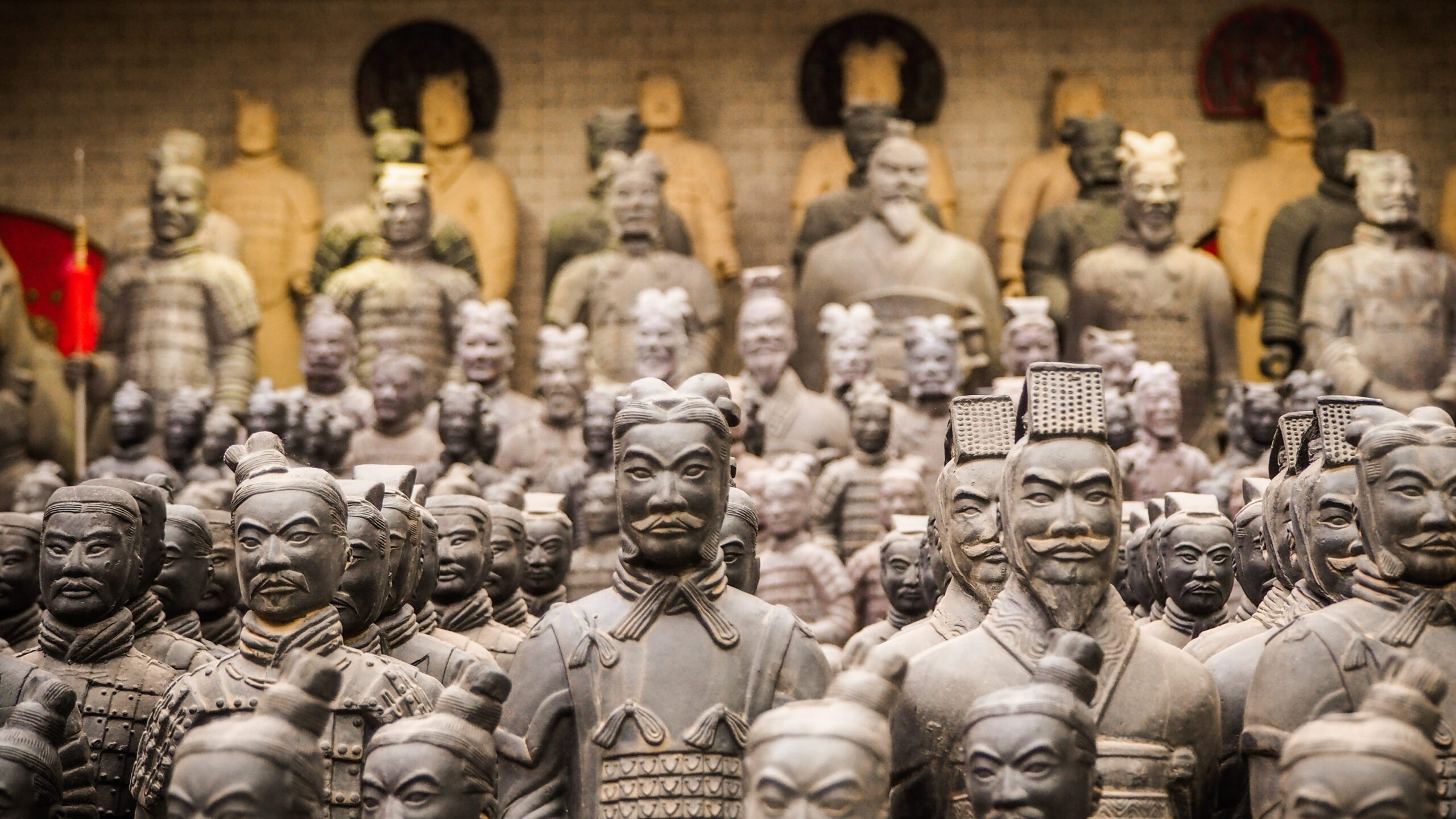 There are a number of signiﬁcant distinctions between Taiwan and Ukraine, ranging from their physical locations to their allies and defence systems. However, both democracies are located near nuclear-armed global superpowers that pose a direct threat to their sovereignty and autonomy. Since Russia’s invasion of Ukraine in February this year, Taiwan is once again confronted with the very real possibility that China will invade in the near or distant future. Some are keen to draw parallels between these two nations – but it must be questioned whether or not this is justified. How similar are the circumstances of these two cases really? And can Taiwan learn valuable lessons from the invasion of Ukraine?

To begin with, Ukraine and Taiwan differ in many ways. The population of Ukraine is around 48 million, which is nearly double that of Taiwan. Nonetheless, Taiwan’s GDP is three times that of Ukraine, and its manufacture of chips and semiconductors is vital to the global technology industry’s supply chain. Ukraine’s population is made up of seventy per cent Ukrainians and twenty per cent Russians. Only ten per cent of Taiwan’s population is composed of its indigenous people, whereas ninety per cent of the island’s population is ethnically Han Chinese. Consequently, there may be less cultural and social resistance against annexation by China than there is presently in Ukraine over Russia’s invasion.

In spite of this, Taiwan has a high ranking on the Freedom House index, receiving 94 out of 100 points, whilst China only receives 9 points. Even if strong cultural and historical links exist between the two groups living in Taiwan, opinions might be swayed by the immense shift in the political structure that a Chinese invasion would bring with it. It is also worth noting that Taiwan, unlike Ukraine, is not part of the United Nations and thus does not have the same diplomatic ties as Ukraine. Merely a few countries have oﬃcial diplomatic relations with Taiwan, although Taipei enjoys robust quasi-diplomatic relations with Washington.

With respect to the two countries’ international ties, it is important to note that various states are involved in the two regions. Russia shares borders with the European Union and has been involved in several violent confrontations with European states in the past. While relations have been strained since the turn of the century, the end of the Cold War and the fall of the iron curtain initially raised expectations of a prosperous future with a possibly democratic Russia. But, as Fukuyama’s views of the end of history and the future of liberal democracies have faded, the European Union is confronted with an authoritarian superpower on its borders that provides most of Europe’s oil and gas. Nord Stream 2 is one of the most contentious energy projects in recent years. Since its completion in 2021, the pipeline was scheduled to provide Germany with Russian gas, but its certiﬁcation has been halted since the start of the Russian aggression in early 2022. Since then, Russia’s oil and gas supply to the European Union has dropped dramatically, from 25.5% to 15.5%, and the trend is ongoing. As a result, countries are being pressured to further diversify their energy sources in order to gain energy independence from Russia and comply with existing sanctions.

Not only did Germany suspend their relations with Russia, but the European Union moved promptly and succinctly with its attempts to thwart the Russian invasion. Existing sanctions on Russia for its unlawful annexation of Crimea in 2014 were expanded to include industries such as defence, transportation, banking, and energy in order to hamper the Kremlin’s eﬀorts to annex Ukraine to its territory. The message is clear: Europe does not want Putin to succeed. In the early stages of the invasion, leaders of the West implemented similar sanctions and supplied weapons to the Ukrainian military, and were vocal about their support for the Ukrainian people and government. Russia is left isolated from the West and seeking closer ties with its allies Iran, China, and India.

Russia likely felt a sense of urgency in their decision to invade Ukraine due to the persistent NATO expansion in the East as well as the prospect of Ukraine becoming a member of NATO. Because it is not endangered in its zone of inﬂuence encircling the South China Sea, China can continue to pursue its long-term goal of establishing Chinese unification. The  military diﬃculties confronting Russia in its  plan to invade and annex Ukraine may encourage China to postpone an invasion until it is confident in its military capabilities to go against not only an isolated Taiwan, but a Taiwan substantially supported by the West. China’s ascent to the status of economic superpower may at some time entail an invasion of Taiwan; nevertheless, this will be a subset of President Xi Jinping’s overarching goal to restore the Chinese nation and it is unlikely that China will be forced into acting any time soon.

Even though human rights abuses in China are a constant source of tension for Sino-European relations, China has surpassed the US as Europe’s biggest trading partner, and various investment projects from the Chinese Belt and Road Initiative in European countries indicate that ties are getting closer. Merely the European Union’s arms embargo poses as an impediment to the otherwise thriving trade relations.  Be that as it may, recent global polling by the Alliance of Democracies suggests that more people in countries that are among China’s top trading partners would prefer to suspend economic connections with China if it invaded Taiwan.  If equivalent sanctions were imposed on China, the implications would extend beyond the energy industry, possibly severing important global supply lines and aﬀecting the availability of products and services internationally. Such penalties are unlikely to be implemented without appropriate preparedness and more independence from China.

If China were to invade Taiwan, the European Union would not be China’s first concern. Even if they choose to, European forces would have signiﬁcant diﬃculties providing Taiwan with the same assistance they are currently providing Ukraine. The US, which continues to be the world’s largest military force, would be a key factor in such a scenario, given it allocates more than 766 billion dollars, or 3.74% of its GDP, to the growth and expansion of its military strength. China has the world’s second-largest military budget, at 266 billion dollars. While the US has not stated explicitly what it would do if China invaded Taiwan, it is evident that a military conflict between the world’s two most powerful military forces would have significant consequences.

Since the Trump administration, the US has pursued an evermore aggressive policy toward China and is already engaged in a trade war. The Biden administration has also expressed concern that global Chinese dominance would negatively alter the world order. “Beijing’s vision would move us away from the universal values that have sustained so much of the world’s progress over the past 75 years,” stated foreign minister Anthony Blinken in May of this year at a press conference in Washington D.C. As a result, the United States chooses to prevent Chinese growth in as many industries as possible, cooperating solely on issues of mutual concern such as climate change. An expansion of Chinese territory would undoubtedly go against American interests in keeping China from gaining further international inﬂuence, but a full-ﬂedged war could potentially escalate due to the military powers involved in the conﬂict. In addition, a response from the United States may drag China and its allies, including America’s traditional adversary Iran, into an armed confrontation in the Paciﬁc, which would elevate the conﬂict from a regional to a global one. When considered as a whole, the great power competition currently unfolding between the US and China appears to have raised the stakes in the Paciﬁc region. In addition, because of the strategic positioning of Taiwan and its strong economic relations with China, Europe would presumably have a less prominent role than it currently has with Ukraine. For Taiwan, the combination of military readiness and tight diplomatic relations with inﬂuential allies like the United States might have the ability to delay or even prevent any military action from occurring in the ﬁrst place. The circumstances of Taiwan and Ukraine tempt policymakers and researchers to draw clear parallels, but their complexities should not be overlooked. If China invaded Taiwan tomorrow, everything from the military reaction to the sanctions imposed would be diﬀerent.