LISTEN TO TRUMP: EUROPE MUST STRENGTHEN ITS ROLE IN NATO 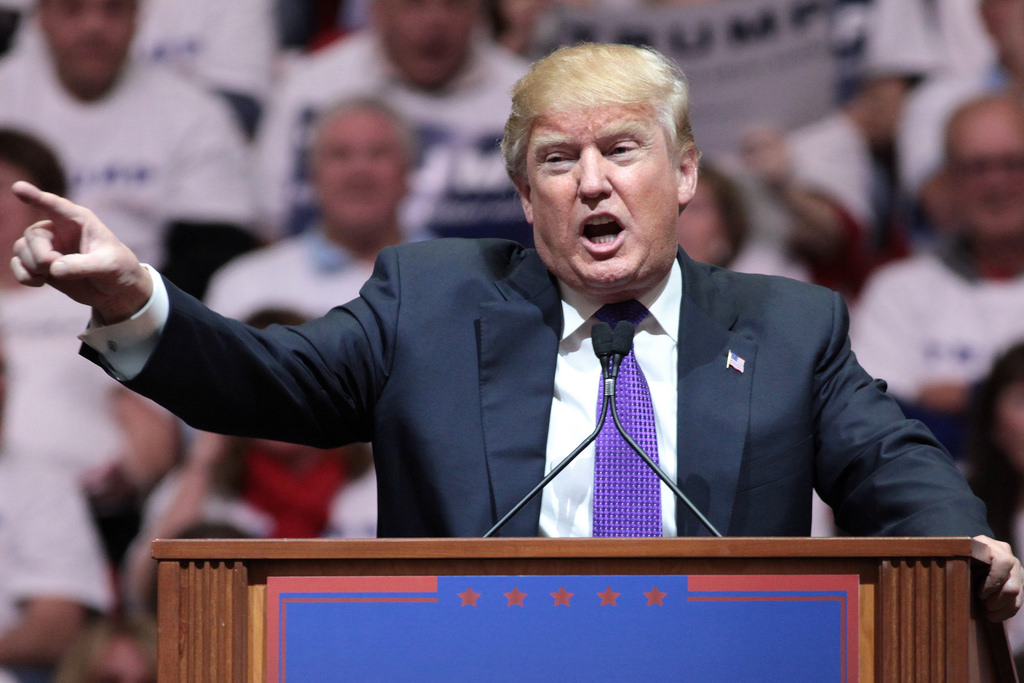 We are getting ripped off by every country in NATO, where they pay virtually nothing, most of them.”[1] The presidential travelling carnival that is Donald Trump spoke openly to his audiences about dissolving what he regarded was an obsolete military partnership because of the free rider attitude of its allies. Surprise and outrage followed in his tracks, as has become routine to any words leaving the lips of the extravagant businessman turned political powerhouse. But in the dark slipstream of the media fallout a different tone was also recognizably heard in the United States . Maybe he’s right, why should we be in NATO? We pay for everything and we get nothing in return.

Deputy Secretary General Alexander Vershbow spoke in The Hague last April where he addressed some of the same problems in the organization that Trump shouts off his giant star and striped stages to the crowd, albeit in a much more serious manner. The financial role of the U.S. is too great, and none of its European partners seem willing to step up their game and budget to relieve the enormous financial burden of the US. This situation will not be sustainable for much longer.

For a longer time the Americans have been fed up with paying the bill on every occasion, especially since their economy is barely recovering from the 2008 financial meltdown. President Obama addressed the lackluster attitude of the European partners in his last State of the Union address. The financial argument is a recurrent problem in discussions about NATO relevancy, especially the structural unwillingness of Europe to live up to its fair amount. But the argument is winning in power due to NATO’s diminishing role in fighting the enemies of the United States, international terrorists.

In 2011 then-Defense Secretary Robert Gates fumed against the heavy share that the United States had to pay for NATO. According to him the US paid for 75% of all military costs of NATO, although this number is misleading since it indicates total defense spending by member states not the amount spent on NATO. A better estimate is somewhere around 22% in 2015 .

What is troubling the US more than its own high expenditure is the failure of European partners to carry their fair share. In 2015 only 5 of the 28 members spent the 2% of GDP agreed on in the NATO Treaty. And while European politicians have been rudely disturbed from their peaceful hibernation under NATO’s warm aegis due to Russian aggression, defense spending will not reach the agreed 2% in a majority of states this year.

The huge spending deficit is made all the more painful by the recent events in Ukraine. In an interview with The New York Times Trump said“Look at Germany, you look at other countries. It was all about us [the U.S.] and Russia. And I wondered, why is it that countries that are bordering the Ukraine- why is that they are not more involved?”[2]. At the same time the businessman casually declared declaring he was totally ‘for Ukraine’, claiming he has many friends living there. But again Trump’s barrage of populist rhetoric contains some truth, which especially resonates with an American audience whom are fed up paying for the wars of others thousands of miles away.

Former four-star Admiral James Stravidis accused Trump’s comments on NATO of being very dangerous. The alliance matters to the US because it allows them to keep the open global society free, the seas open and nations that share the same values safe. NATO is an alliance, he argues, of likeminded states interested in promoting liberal democracy and the rule of law. Furthermore it allows the US access to the unstable regions in the world through Europe’s strategic location, making the European bases of NATO effective and relevant in the 21 st century. Also the defense and intelligence communities of the US and its EU partners are heavily intertwined and a break up of NATO would sever these.[3]

Maybe Trump’s outbursts are rash and not thought through policy-wise but Europe cannot forever rely on the U.S. to have its back. Ukraine was and still can be a chance for the European partners to take a lead in the alliance against Russian aggression. The EU in the past has shown an almost laughable incompetence in coordinating their defense policy. The EU response to the revolution in Libya five years ago pointed this out mercilessly, when the UK, France, Germany and Italy were unable to create a concerted strategy for the flaring civil war. It was not until NATO led by the United States joined the fray that an effective military campaign could be mounted. One EU diplomat declared the Common Foreign and Security Policy dead and was looking for a sand dune to bury it under. The European partners have not proven themselves capable of leading a coherent military alliance and need the U.S. to assist them every step of the way.

NATO’s reaction after Putin’s aggression is perhaps the most positive note. As the ghost of its old nemesis threatens Europe’s Eastern border, a spearhead force of 5000 is being trained in Poland and the Baltic states as a show of strength. Moreover, six European states have pledged to lead the rapid response force the coming years, with UK Defense secretary Michael Fallon, whose state leads the force in 2017, declaring that “strong words require firm action.“[4] Let us hope his words indeed lead to a renewal of European vigor in the alliance because should a Trump presidency happen, a strong European presence in NATO will protect more than just the European continent.