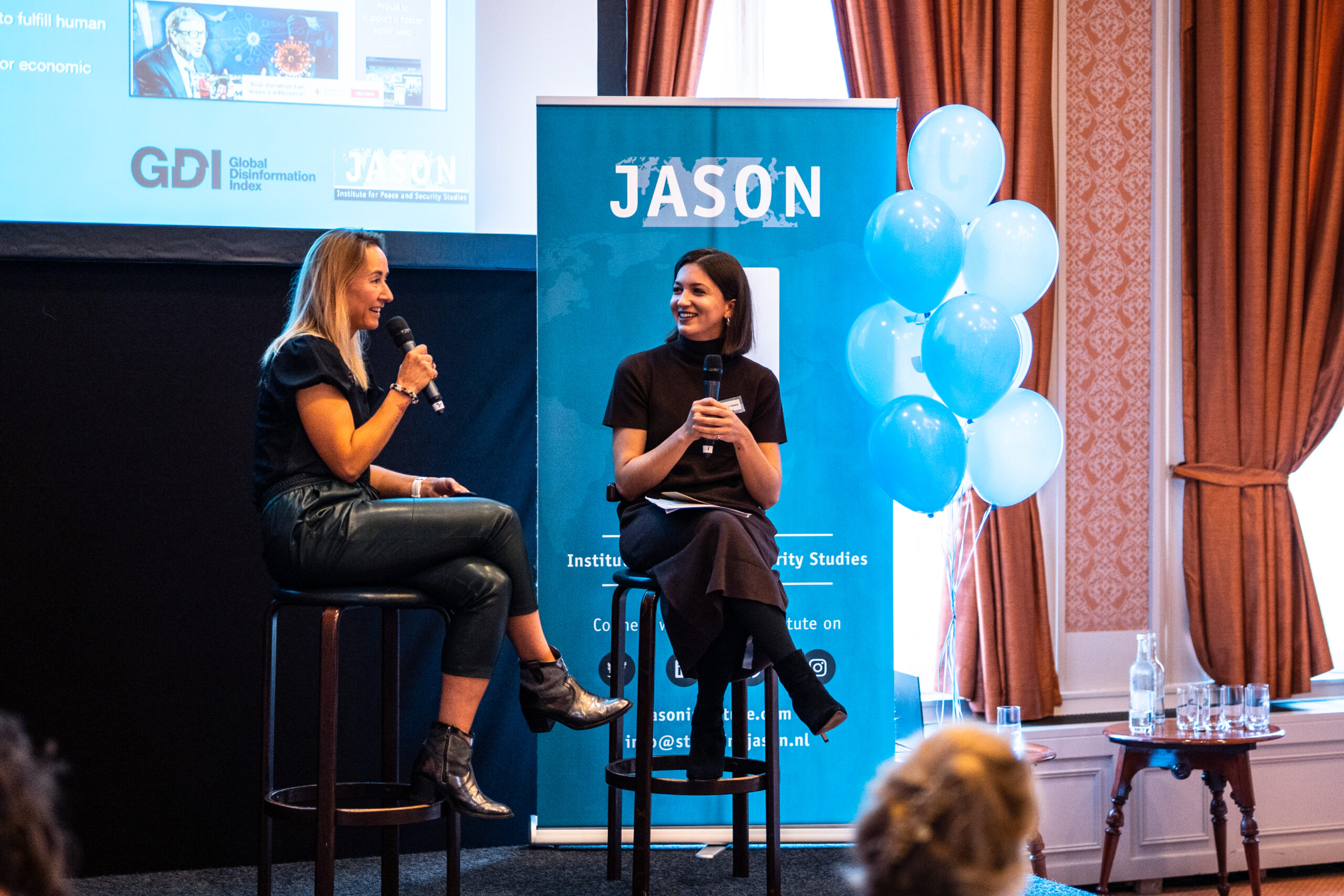 February 24th 2022: A Watershed in the History of the European Security Architecture In her keynote opening speech, Dr. Sabine Mengelberg, assistant professor at the War Studies Department of the Netherlands Defence Academy, focused on the European security architecture. She did so by discussing how security in Europe was organised after the Cold War, and then moved on to explain why that system has become a phenomenon of the past this year.

What she made absolutely clear is that yesterday’s thinking is not going to solve today’s problems. On the morning of February 24th, Europe woke up in a different world, which required the entire structure of European security to be reinvented. Whereas political elites in the 90s were discussing building a pan-European security architecture involving all European nations including Russia through organisations like the OSCE, the Russian invasion of Ukraine has put a halt to these efforts for the indefinite future.

Instead, Dr. Mengelberg argued that we are more likely to see increased cooperation within the EU and NATO. Even the enlargement of NATO or the EU, which was considered unlikely until recently, may now be realised. What the new European security architecture will look like is still unclear and many possible scenarios exist. However, in her speech, she stated that the establishment of some form of European Security Council involving the United Kingdom and the United States is among the most likely.

She concluded her speech with an important message to European policymakers. They should not close their eyes to security challenges that are in danger of being swept under the rug as a result of the war in Ukraine. For example, these include handling the frozen conflicts in the post-Soviet territory and general European-Russian security affairs. As Dr. Mengelberg pointed out, future cooperation with the Russian Federation will be extremely difficult but it is necessary, as Russia will continue to exist.

Putin’s Nuclear Blackmail and other Dangers for European Security 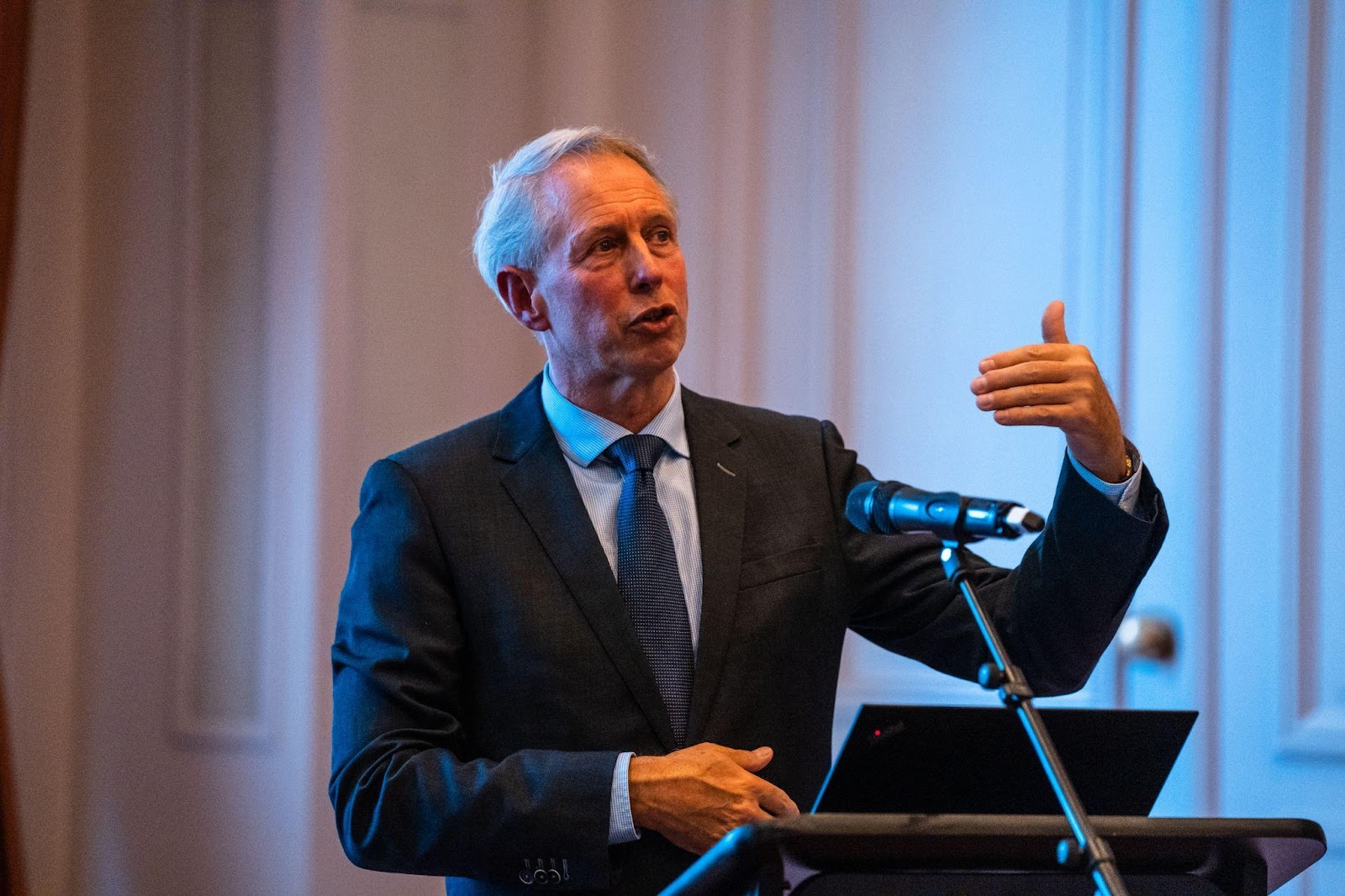 Dr. Frans Osinga, professor of military operational sciences at the Netherlands Defence Academy, did not shy away from presenting the audience with some uncomfortable truths about the current state of European security. In his keynote closing speech, he argued that what is happening in Ukraine affects all of Europe and that we should take Putin’s attempts at nuclear blackmail seriously.

The first fact he wants us to accept is that Russia’s incentive to invade Ukraine was partly the result of strategic errors made by European countries. Too little has been done in the last years to deter Putin from military adventurism. For instance, right before the invasion, EU and NATO member states communicated clearly to the Kremlin that because Ukraine was not a member of these organisations, they would not get militarily involved. According to Osinga, this essentially gave Putin a carte blanche for starting his war.

However, the strategic errors of European countries pale in comparison to the mistakes made by Russia. Putin underestimated the resilience of Ukrainians and their capability to fight effectively. Moreover, he probably did not expect the major and prolonged sanctions put in place by the West on the Russian economy. These are extremely important for helping Ukraine endure as they seriously constrain the Russian war effort.

He then continued to remind the conference attendees about the second uncomfortable truth. Even if Russia will most likely fail to subdue Ukraine, this does not mean that Europe is out of harm’s way. As Dr. Osinga puts it: ‘this war is a reminder to the West that for some countries nuclear weapons are still the currency of international relations’. Even if Ukraine is winning on the ground, we must consider Russia’s nuclear arsenal’s existence. 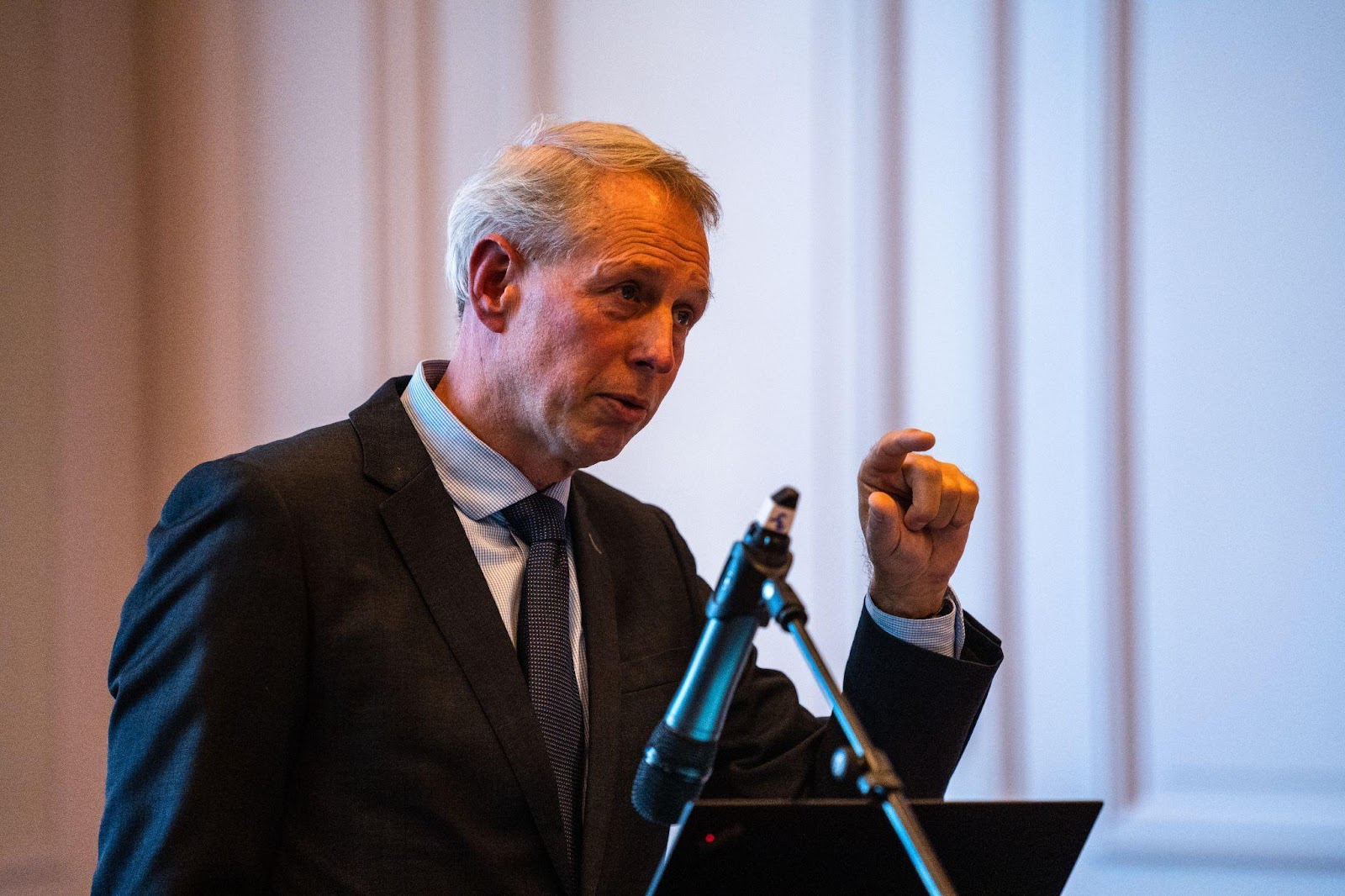 This brings us to the last uncomfortable truth. Namely, that we do not know how this war will end. In the final part of the speech, he explained that most wars end on the negotiation table, but also that neither Russia nor Ukraine has large incentives to end this war right now. Ukraine is currently winning back territory and Putin cannot lose face by ending the war without having secured his military objectives. Dr. Osinga ended with the notion, that in the meantime, Europeans should keep supporting Ukraine in their efforts to win the war, and relearn what it is like to live in a new age of great power competition.

The Assault on Truth: Navigating Disinformation in the Post-truth Era

As part of the JASON Institute’s work to engage young professionals and the wider community on matters of peace and security, the annual conference 2022 was host to a thought-provoking seminar on ‘Disinformation in the Information Age’. Exploring the evolving role of disinformation within international politics, the forum welcomed disinformation experts Katria Tomko, senior intelligence and policy analyst at the Global Disinformation Index (GDI), and Gwenda Nielen, director of Tilt, to the open forum. Tomko has an impressive background leading projects at the nexus of civil society, government and the private sector, having worked at prominent institutions like the Institute for Historical Justice and Reconciliation, Hivos, the Organization for Security and Co-operation in Europe’s High Commissioner on National Minorities, and the Ukrainian parliament on topics such as human rights and cyber security. Meanwhile, the multi-talented sociologist, behavioural researcher and former lieutenant-colonel Nielen has proven herself a leading voice in the field, with both operational and digital experience on issues of manipulation and hybrid conflict.

But what exactly are we talking about when we say disinformation? While the concept remains a point of contention, Tomko provided some key elements characterising the harmful phenomenon, including its intentionally misleading, financially driven scope. Rather than simply debunking false information, Tomko’s work at GDI focuses on proactively demonetising platforms of disinformation. Adding further to this account, Nielen touched upon the techniques and tactics deployed by digital disinformation networks, such as bots and hate speech, as well as their impact on target audiences. She emphasised the role of history, culture and personal opinions in shaping individual beliefs, an important aspect that must be taken into consideration when building a strategy of resilience. For both women, one important aspect was confidently agreed upon: the very real potential for harm produced by disinformation.

With an attentive audience, the speakers reflected upon disinformation’s role in inciting violence. While Tomko touched upon the weaponisation of disinformation to discredit leadership or divide and sow confusion amongst combatants and non-combatants, Nielen looked at the tactical uses of disinformation in the context of the Ukrainian war. The discussion then turned towards resistance, or more specifically, what instruments and structures are needed to assemble a framework of counter-disinformation. Both experts urged individuals to not only be more critical in their consumption of media, whether that be questioning emotional triggers from stories or ensuring a variety of sources are read, but equally to prioritise voices that are not just the face of the political elite. Looking deeper into modern case studies, particularly disinformation across Russian religious nationalism, Tomko and Nielen brought a calibre of knowledge to the table.

Opening up the floor, the seminar resulted in a range of profound questions. Some emerging themes included Facebook’s responsibility to censor hate speech, geopolitical ambitions behind disinformation, regulating political articulations of disinformation within democracies and even biases in counter-disinformation algorithms. On the question of selective media and its consumption, the speakers were asked to elaborate further on how this issue has or should be approached. Nielen highlighted both the importance of a diverse media appetite as well as conscious awareness of social media’s tailored algorithms. Building on this answer, Tomko argued that responsibility should not simply fall on the public alone. Instead, civil society must work tirelessly to point out the harm in human rights laws, to encourage advertising companies to mitigate campaign monetisation, to protect journalists against intimidation lawsuits, and to update disinformation policy so it may better reflect the rich diversity of geographies and languages. Most importantly, we must collectively work to move beyond a post truth era.

As the world faces an increasingly digital ecosystem, one which is subsequently vulnerable to acts of online and offline manipulation, this seminar was both an insightful and critically relevant conversation. It was not long ago when, in 2016, Oxford Dictionary marked ‘post-truth’ as their word of the year, reflecting a fast-growing concern over the blurring lines between fact and fiction, truth and falsity. More than ever, policymakers, industry leaders and civil society must work together to build a strategy of both reactive and proactive prevention against disinformation. It is within this critical juncture that seminars, discussions and intergenerational dialogues about disinformation prove their worth, and will continue to do so.

*The JASON Institute would like to thank the Littéraire Sociëteit De Witte, PA International, Leiden University Funds and Vfonds for their contribution to the 2022 JASON Conference.