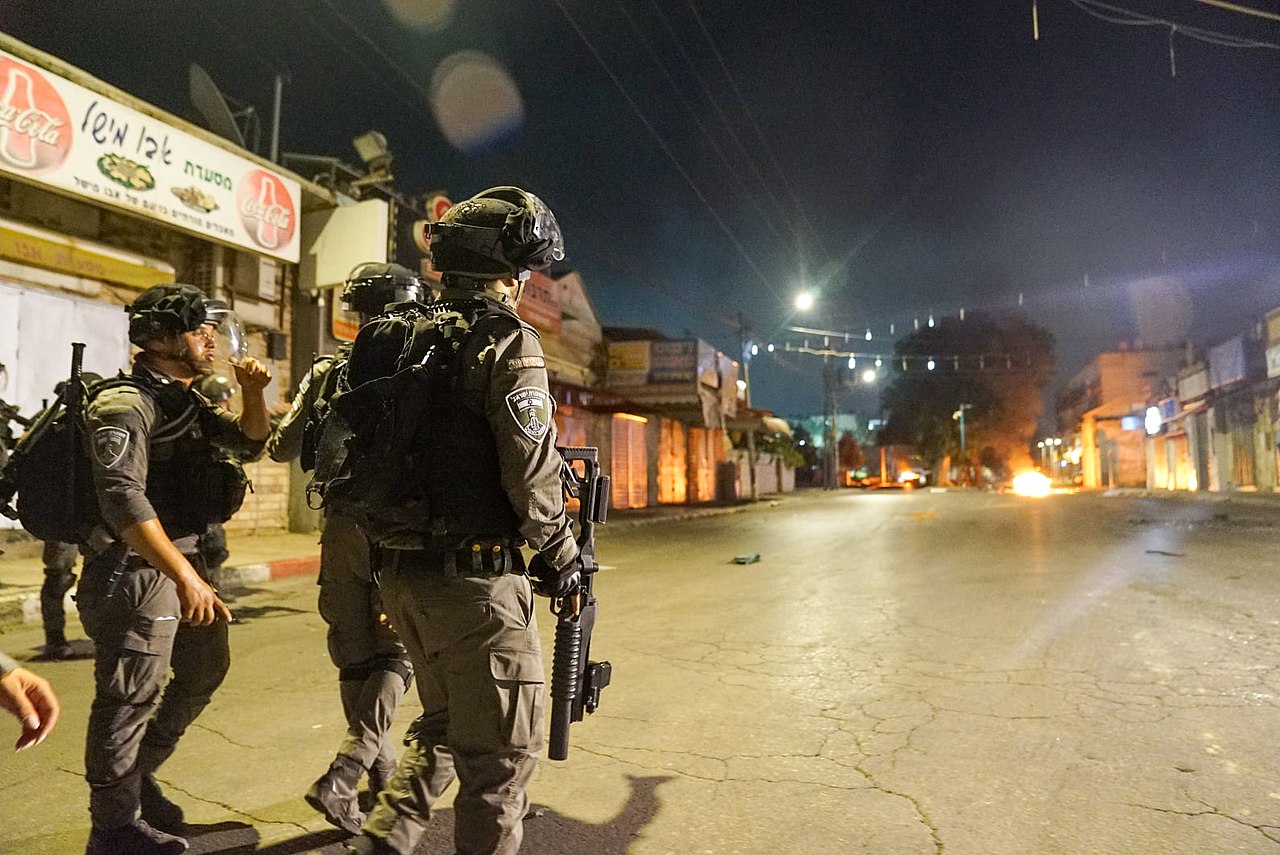 May 2021 saw yet another major escalation in the Israeli-Palestinian conflict, which has been slumbering for well over half a century, with occasional violent outbursts. After several relatively minor reciprocal incidents during the month of Ramadan, large-scale Palestinian protests broke out in East Jerusalem on the 6th of May after a provocation by Israelis associated with a far-right political party during a nightly iftar [1]. Throughout the following days, protests spread across the Palestinian territories and Arab localities in Israel, which resulted in numerous clashes with Israeli police and security forces. A particularly violent clash on the 10th of May near Jerusalem’s Al-Aqsa mosque left three hundred Palestinians and twenty-one Israeli police officers injured and proved a catalyst for more widespread violence across the region [2]. Riots in the city of Lod in central Israel even necessitated the Israeli prime minister Netanyahu to declare a local state of emergency on the 11th of May, marking the first time emergency powers had been used since 1966 [3].

The conflict escalated from widespread and violent civil unrest to a military confrontation after Hamas delivered an ultimatum to Israeli authorities, which stated that all security forced had to be withdrawn from the main Islamic holy sites in Jerusalem before 18:00 on the 10th of May. Failure to comply would result in large-scale strikes throughout Israel by the militant groups in the Gaza Strip. Shortly after the deadline had expired, over 150 rockets were fired into Israel from the Gaza Strip [4]. The following eleven days saw many more rocket attacks on Israeli territory, followed by retaliatory Israeli airstrikes, amounting to an intensity the region had not seen in years. The total number of rockets fired into Israel during the twelve-day escalation is estimated to be well over four thousand, resulting in twelve Israeli deaths and over two thousand Israelis treated in hospital. The Israeli airstrikes, however, resulted in nearly 250 Palestinian deaths and around two thousand wounded. After international appeals by several countries and the United Nations, a ceasefire agreement was enacted in the early hours of the 21st of May, finally ending the major hostilities [5].

The escalation in violence sparked major outrage and controversy across the globe, both through official diplomatic channels and through social media. Although the majority of the sentiment wished for a speedy cessation of the violence committed by both sides, developments in the Israeli-Palestinian conflict are also sure to spark widespread digital trench warfare between both sides’ supporters, both in comment sections and on Twitter. This is indicative of the sensitive nature of the conflict. Rather than being regarded as a minor regional struggle about control over a small territory half the size of the Netherlands, the religious, ethnic and ideological components of the conflict ensure that the number of people that feel an emotional or personal connection to the conflict increases by a few orders of magnitude. The disproportionate amount of international attention also means that the Israeli-Palestinian conflict is very much a battle for public opinion and favourable coverage, which keeps both sides stuck in a frustrating stalemate of limited military action interspersed with appeals to the sympathy of the outside world.

In periods with widespread Palestinian rocket attacks, Israel’s Iron Dome is one of the conflict’s major eyecatchers. This air defence system was first deployed by Israel a decade ago and was designed to protect Israeli high-value targets by intercepting and destroying incoming rockets and artillery shells at a short-range. However, the system was expanded over the years to also cover many of Israel’s residential areas from rocket strikes. By selectively targeting and intercepting incoming rockets that are predicted to land in or near inhabited areas with a supposed success rate of around 90%, the Israeli defence forces seem to be able to effectively annul the threat of Hamas’ primary offensive weapon [6]. This is supported by the large discrepancy in deaths on both sides, with Hamas’ more than four thousand unguided rocket launches against the Israeli population resulting in “only” twelve deaths. However, despite the obvious tactical advantages brought on by the Iron Dome, such as reduced loss of life, minimised damage to infrastructure and reduced strain on emergency services, the system’s value for Israel on a strategic level is more doubtful, to say the least.

Firstly, the success of the Iron Dome further strengthens the perceived asymmetry and unfairness of the conflict in public opinion by seemingly rendering the most potent military threat Hamas can pose powerless. In short, the more effective the Israeli air defences are at keeping Israeli civilian deaths to a minimum, the easier it is for Israel’s opponents to brand it as the sole aggressor in the conflict. Due to the aforementioned importance of public opinion in this conflict, this poses the risk of negatively affecting Israel’s international bargaining position, while it effectively eliminates any potential justification Israel could present to deploy ground forces in Gaza. Meanwhile, it provides the militias in Gaza with the opportunity to fire rockets into Israel at will without a significant risk of severe international repercussions, whilst simultaneously draining Israel’s military budget. The Iron Dome’s Tamir interceptor missiles are estimated to cost around $50 to $100 thousand each [7]. With over four thousand rockets fired into Israel, a conservative estimate puts the total cost of operating the Iron Dome during the 11-day escalation at $100 million in munitions alone.

Secondly, the current protection offered by the Iron Dome system could lull the Israelis into a false sense of security. Hamas and the other militias have been experimenting with methods of making rockets strikes more effective, such as better coordination to fire in concentrated barrages instead of a steady trickle and using a shallower angle of fire to reduce the time Israeli air defences have to intercept the incoming projectiles. Such developments, as well as the steadily increasing overall volume of fire, pose a risk of saturating or simply overwhelming the Iron Dome system in the not too distant future [8]. Countering this risk could put the Israeli authorities in a devilish dilemma. On the one hand, they could choose to concentrate the existing air defence batteries around the most densely populated areas and other high-value-targets, but this would most likely lead to strong disapproval from the own population, which has come to expect the government to provide a certain standard of safety over the past decade. Alternatively, the Israeli authorities could invest in a higher air defence capacity to maintain the current coverage, but this would only increase the perceived asymmetry of the conflict and could potentially trigger an arms race. Also, due to the sporadic nature of mass rocket attacks, these batteries would inevitably face the law of diminishing returns.

All in all, the Iron Dome seems to represent a promise of safety from the Israeli government to its citizens, and its accomplishments in preserving human lives make it a blessing for the inhabitants of Israel. However, extended reliance on the system could gradually whittle away Israel’s goodwill and negotiation on the world stage due to its apparent invulnerability to the attacks by Hamas. Failure to prevent rocket launches in the future also risks the Iron Dome system eventually being overcome by Hamas, through new methods, better weaponry or simply an increase in attack volume. The Israeli authorities will have to weigh up their options and commit to a revised strategy that incorporates a meaningful and credible role and narrative for the Iron Dome because a failure to do so will mean significant difficulties in the strategic sphere in the long term and pose further difficulties in moving to an acceptable and nonviolent resolution of the Israeli-Palestinian conflict.